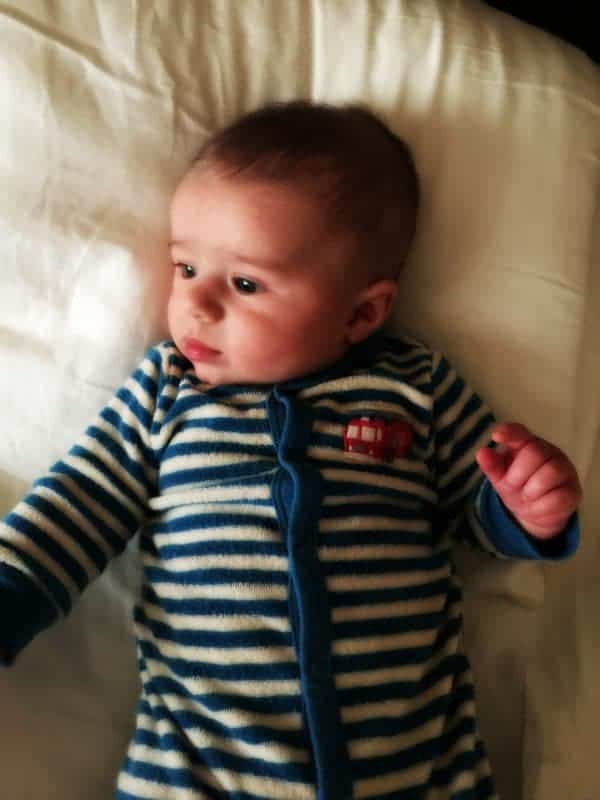 1. Gah, this sweet face and those eyes! My very favorite thing might be going into his room when he’s just woken up in the morning or from a nap and he’s in his crib with his feet in the air, grabbing his toes, babbling to himself… when I poke my head over the crib he lights up into the biggest smile and his whole body wiggles. It’s absolutely the best. When I was pregnant, I was really nervous about the fact that I hadn’t ever spent any significant time around babies – there were none in our family and I never babysat infants – so I was going into this mom thing totally blind. I was worried that I wouldn’t know how to take care of him or what to do… as it turns out, it feels like the most natural thing in the world. I absolutely love being a mom.

2. Early last week, I noticed that Einstein’s ears were getting a little too waxy, so I cleaned them up, but they got progressively worse as the week went on. My husband brought him into the vet on Friday afternoon, and the vet said they weren’t infected, as all of the nastiness was confined to the superficial skin on the ear flap. He believed it was due to allergies, gave Einstein a cortisone shot and some ointment for us to put on his ears until they heal. The cortisone shot seemed to give him a shot of life, as he immediately started acting like his old self again, complete with getting up on counters and digging through trash cans. If it is, in fact, allergies, then hopefully we can get him on something for maintenance so he’s feeling better… the vet wanted to give the cortisone shot two weeks to wear off and then see how he is.

3. It’s been a few weeks since we bought our Roomba, so I thought I would give you a little update… we are LOVING it! Yes, sometimes it misses a spot here or there, but it is overwhelmingly, 100% worth it with two dogs that shed and all hard flooring. We run it every night while we’re sleeping and the floors always look clean without us needing to be a slave to a vacuum cleaner. My husband is the resident vacuum-er, so he’s definitely happy with the purchase!

4. So, the house we bought has a RIDICULOUS amount of landscaping. The people that put it in must have REALLY liked flowers, shrubs and mulch because there is enough of it all to keep us busy all summer long. Well, I say “us” but the only thing I’ve done outside so far is weed, my husband has been taking care of everything else. One day we might wake up and just start ripping plants out and throwing down grass seed. It looks pretty, but holy maintenance.

5. I came across an article about how social conversation is shifting away from blog comments and into social media – Facebook and Twitter, primarily. How do you prefer to interact with the sites that you follow? Inquiring minds want to know ;-)

6. My cousin’s boyfriend sent along orchids when my cousin came to our house for the first time. Not only are they beautiful but the tag said “just add ice” – the watering instructions are to add three ice cubes to the pot once a week. That’s my kind of watering plan… I might actually not kill this plant!

7. I saw Jessica mention that she’s been doing her hair into French braid pigtails after she showers at night, and I am so jealous. I wash my hair at night and let it air dry, and this sounds like an awesome option, except… I don’t know how to French braid. Wah! Are there any YouTube tutorials you’d recommend?

8. I haven’t mentioned the NHL playoffs lately because, well, we’ve been out of it since the first round, but I have been watching off and on. Two game sevens this weekend! Who are you rooting for? I’m all-in on Tampa and Anaheim!

9. We tend to only cook steaks on the grill, but I’m loving this video on how to make a great one in a cast iron skillet. I want to try it soon! 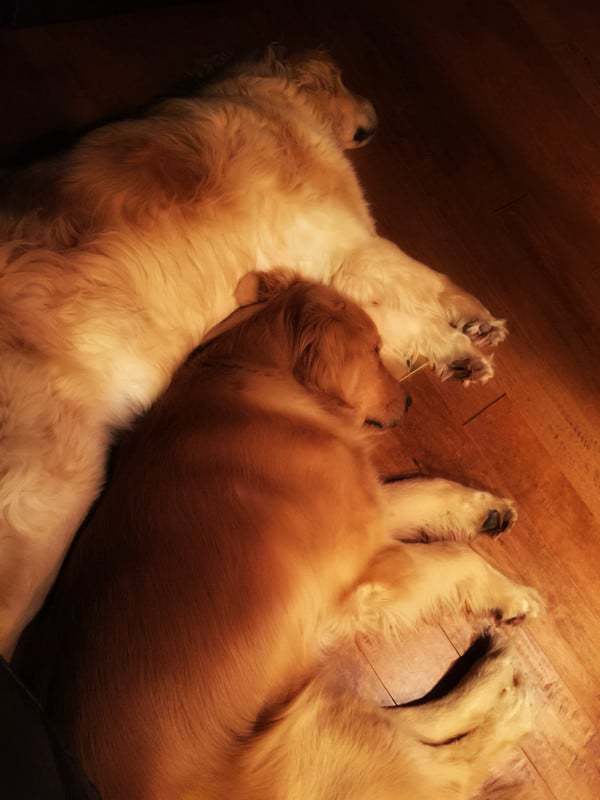