These homemade brownies have all of the great texture and flavor of box-mix brownies, without any of the processed ingredients. 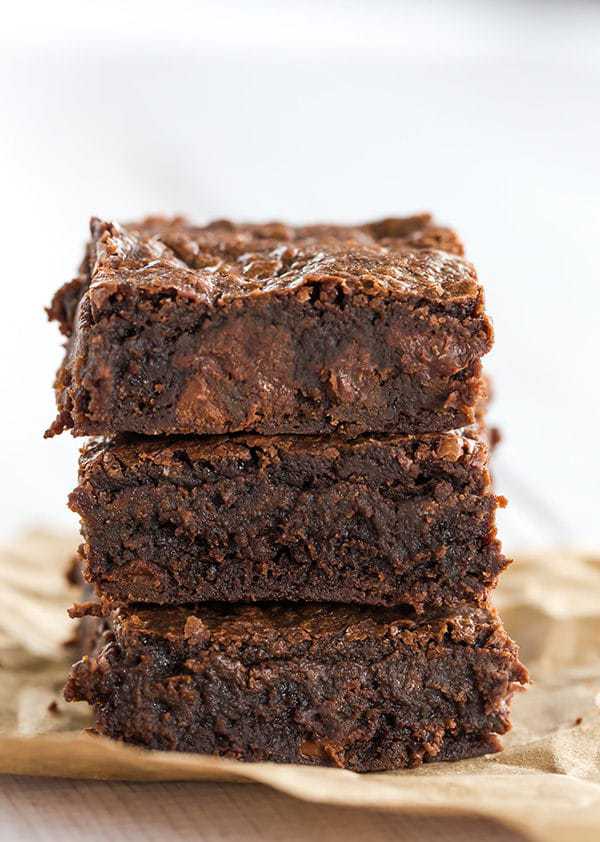 Whenever I ask people what their favorite brownie is, there is always a resounding majority – most people only have eyes for box-mix brownies. And really, what’s not to love? The brownies always turn out gooey, chewy and with that amazing thin crackly crust on top. As a teenager, each Sunday night our church held youth group meetings and one of the mom volunteers always brought a pan of brownies. They were the BEST brownies. At one point a couple of us girls asked for the recipe and were sheepishly told that they were just from a box.

So many of those amazing brownie concoctions that you’ll see on Pinterest invariably start by calling for a box brownie mix, right? A number of years ago, I went on a mission to find a homemade brownie recipe that could mimic that elusive taste and texture of a box-mix brownie. Not surprisingly, it was Cook’s Illustrated that had formulated exactly what I was looking for – a homemade brownie recipe with all of the characteristics people love about a box-mix brownie.

Now, anytime I come across a recipe that calls for preparing a box of brownies, I turn to this recipe instead! 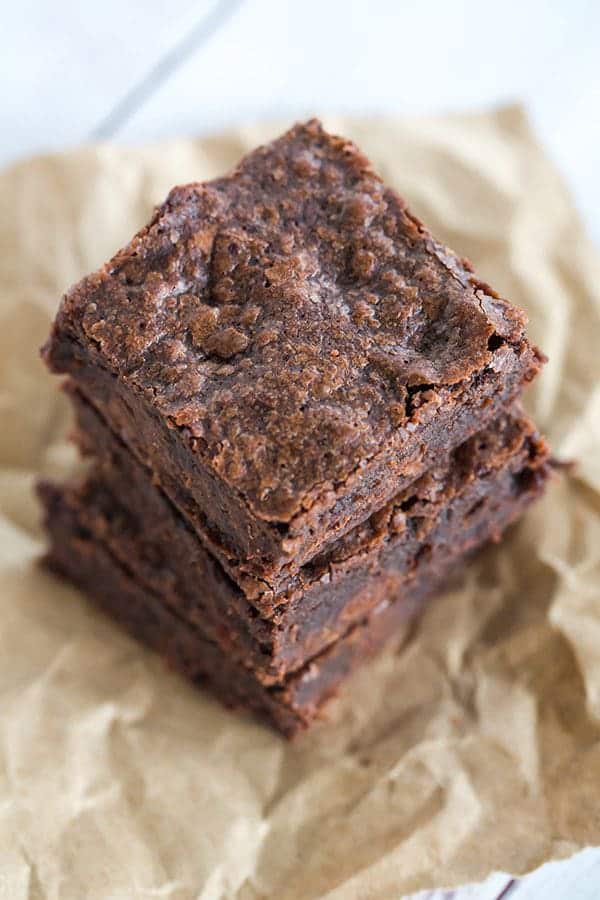 According to the headnotes for this recipe, the key to the texture of the beloved box-mix brownie is the ratio of saturated to unsaturated fat. The box-mix brownies have a 28% to 72% ratio while a classic homemade brownie recipe has a 64% to 36% ratio. Big difference! The major factors in creating this chewy brownie recipe to mimic the box-mix include: using a mix of butter and vegetable oil, a mix of cocoa powder and melted chocolate, and extra egg yolks. I guarantee that if you are in the box-mix brownie camp, this recipe will wow you. Another huge bonus is that this is still a one-bowl recipe with only a whisk and spatula needed. 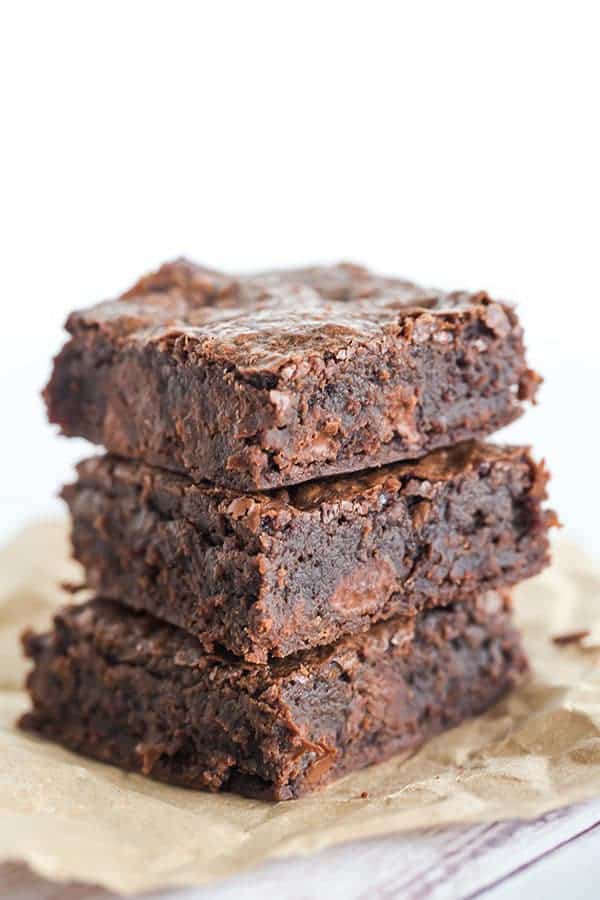 Here are a couple of quick notes to make sure these brownies turn out absolutely superb:

Once you try this simple recipe, you’ll never go back to those box mixes! 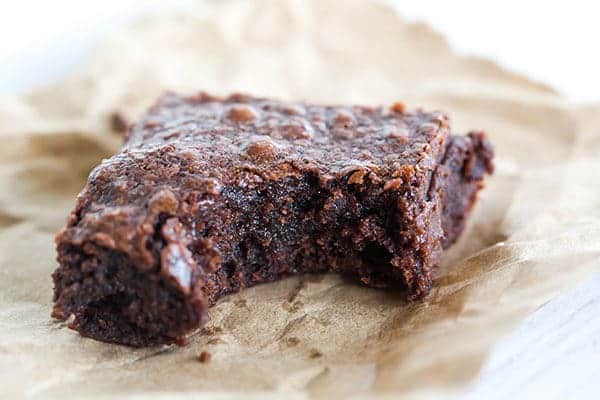 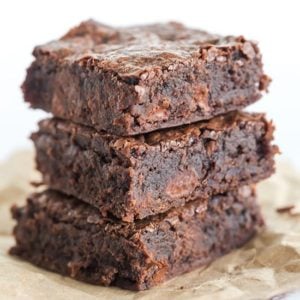 Yield: 24 brownies
Prep Time: 15 mins
Cook Time: 30 mins
Total Time: 45 mins
These homemade brownies have all of the great texture and flavor of box-mix brownies, without any of the processed ingredients.
4.32 (88 ratings)
Print Pin Rate

This recipe was originally published on March 9, 2010.