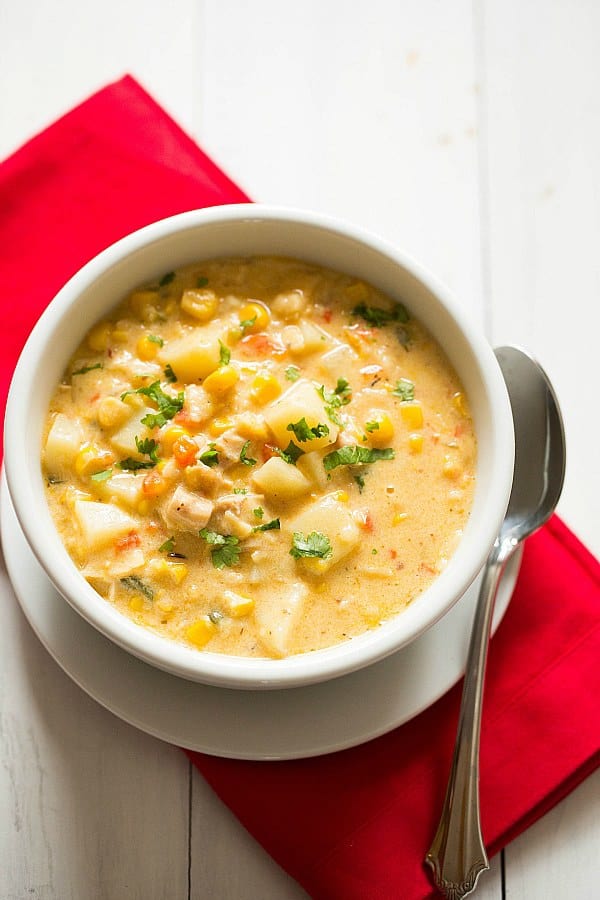 A few months ago when the weather started to get chilly, my Chief Culinary Consultant began eating a lot of soup for lunch and sometimes for dinner. Some of the popular soup brands have come out with new, updated flavors and one of his favorites has been a chipotle chicken and corn chowder. He’ll throw in a different soup every now and then, but that has been his go-to for quite a few months now. I used to love eating soup, but have gotten away from the canned soups mostly due to the exorbitant amount of sodium they contain, and because they usually leave a nasty after-taste in my mouth for some reason. Most times, I either do homemade soup or none at all. My CCC asked if I could try to recreate his new favorite chipotle chicken and corn chowder, and I was happy to take on the challenge. After tasting the soup, examining its ingredients list and looking back to my archives for similar chowder-style recipes, I came up with this recipe. 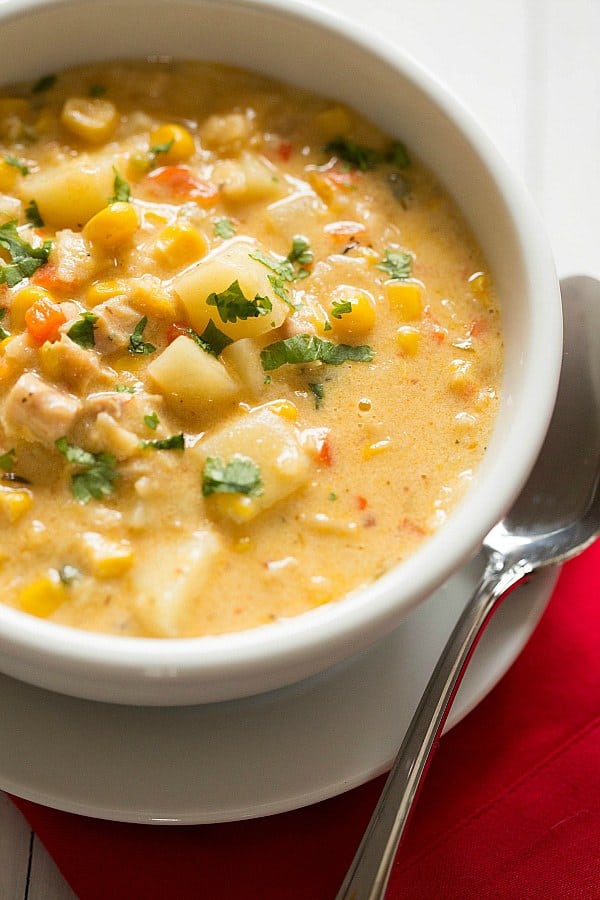 I held my breath when he took his first bite, not sure how my homemade rendition of his favorite soup would hold up. He declared the soup awesome, one of the best things to come out of my kitchen, and way better than the canned version. Success! Even though I did use some milk and cheese in this recipe, he said it tasted significantly healthier than the store-bought stuff.

There are so many big flavors packed into one little bowl of this soup; you have the combination of red bell and poblano peppers… the chipotle chile and adobo sauce for the smokey, spicy flavor… the cheesy, creamy broth… tender potatoes… crushed tortilla chips for some flavor and texture… lime juice and seasonings… and tons of corn. The soup has just the right amount of spice, that is, it’s noticeable but not at all overwhelming or distracting from the other flavors.

If you’re in need of a hearty bowl of soup to warm your soul this winter, this one will serve you well. No more canned soup here! 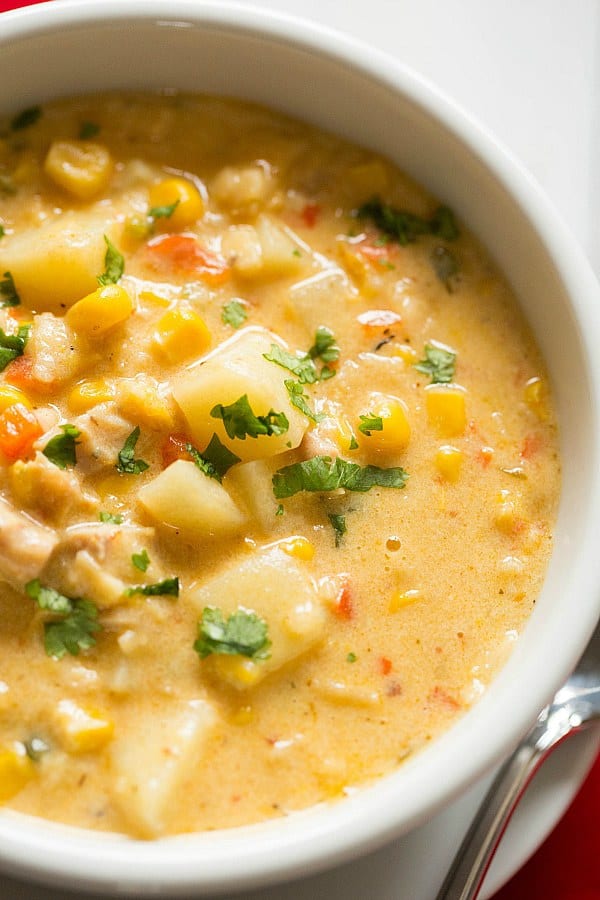 One year ago: Focaccia Bread 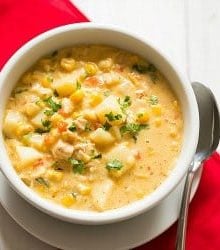