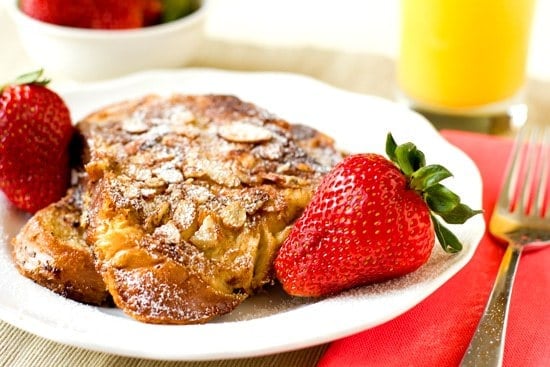 I’ve come to conclude that there are two types of people in this world – those that love breakfast food, and those that could take or leave it. To this day, I still don’t understand my mom’s ambivalence towards decadent treats like Baked French Toast Casserole with Praline Topping, Brown Sugar-Bacon Buttermilk Waffles, or the world’s Best Buttermilk Pancakes. She does love my scones, though – the Cinnamon-Sugar and Dark Chocolate Chip are her favorites. It goes without saying that I didn’t get my love for all things pancake, waffle, bacon, and sausage from my mom. I could easily eat breakfast food for, well, breakfast, lunch, and dinner. Sometimes there’s nothing better than a fluffy stack of pancakes with breakfast sausage for dinner. Who’s with me?! Needless to say, I won’t be whipping up any breakfast-centric meals for my mom on Sunday for Mother’s Day, but thought that you might be, and wanted to share an awesome French toast recipe with you. 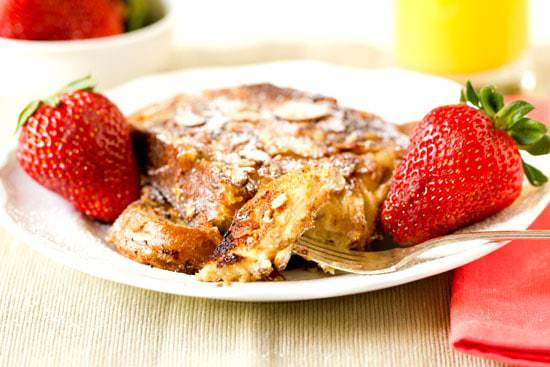 A little over a year ago when my Chief Culinary Consultant and I were down in Florida visiting  his parents, they took us to a popular breakfast spot called John G’s. When we ordered, his parents both got the cinnamon-nut French toast and said it was the best thing on the menu. We apparently didn’t listen closely enough, and went ahead and ordered other things. Breakfast came, and when I was offered a bite of the French toast I didn’t hesitate. I immediately regretted my decision not to get it. We haven’t been back there since, but that French toast dances in and out of my mind every so often. With Mother’s Day coming up, I thought it would be the perfect time to try to recreate that wonderful French toast with an almond and cinnamon-sugar coating. I used a basic Cook’s Illustrated French toast recipe, dressed it up a little, threw on some pearls, and made some adjustments. The end result is now my favorite French toast – the bread is crisp on the outside, soft inside, and coated with sliced almonds and the crunch of a cinnamon-sugar layer.

It’s just fancy enough to make it something extraordinary, but not the least bit fussy. That’s the perfect recipe for a special, stress-free breakfast! 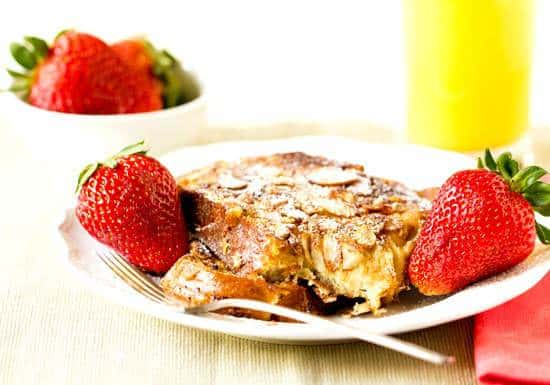 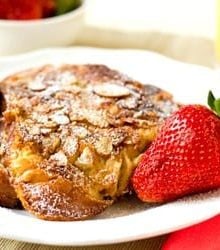