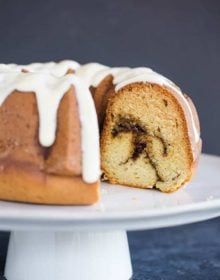 This old-fashioned cinnamon coffee cake is baked in a Bundt pan, full of cinnamon swirls, and topped with a simple cream cheese icing. Easy and delicious! 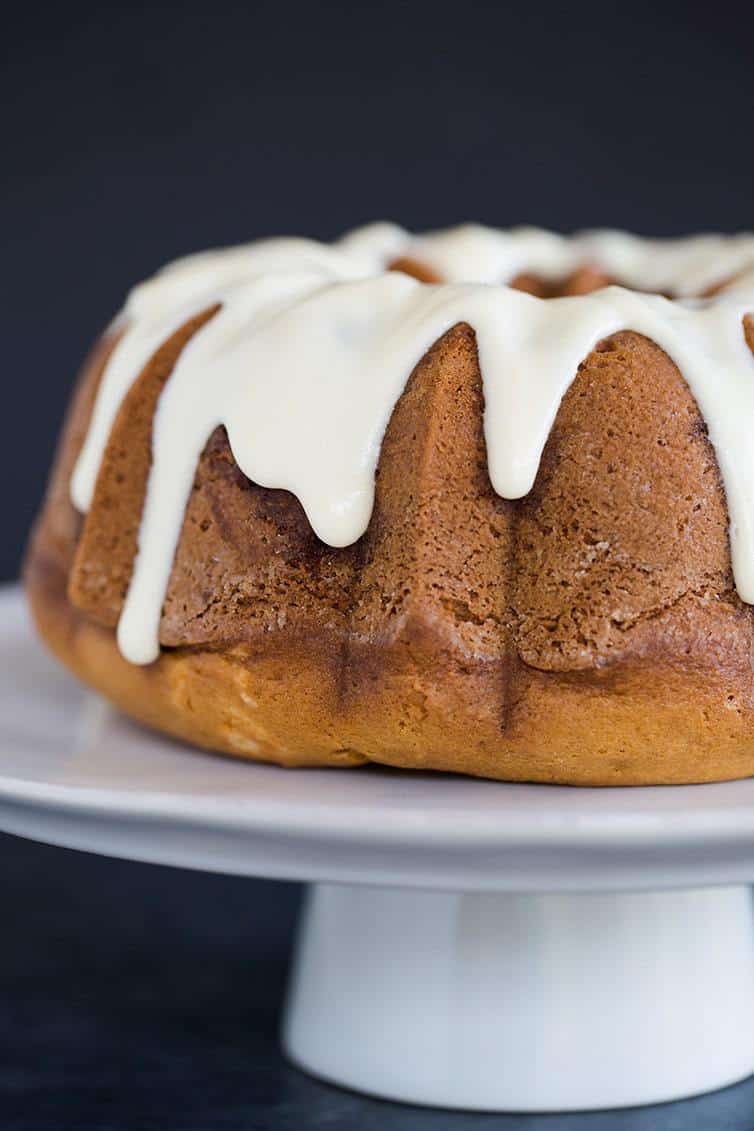 Over the last couple of years, I’ve invited all of you to send me your very favorite recipes, and send you did! I’ve received hundreds of recipes from you lovely readers, and I have enjoyed baking and cooking my way through them. As is usually the case when I’m poring over tons of recipes, I’m naturally drawn to any that came from a mom or grandma or that have a long family history. Which brings us to this fabulous cinnamon coffee cake!

This recipe was sent to me by Joanna, who had previously shared it on her own blog. She said that both her mom and grandma used to make this, and it was a Christmas morning tradition. Family recipe and holiday traditions? Totally speaking my food love language!

Can we talk about Christmas traditions in August? Because I am SO READY to embrace cooler weather and everything it entails. Bring on fall and the holidays! 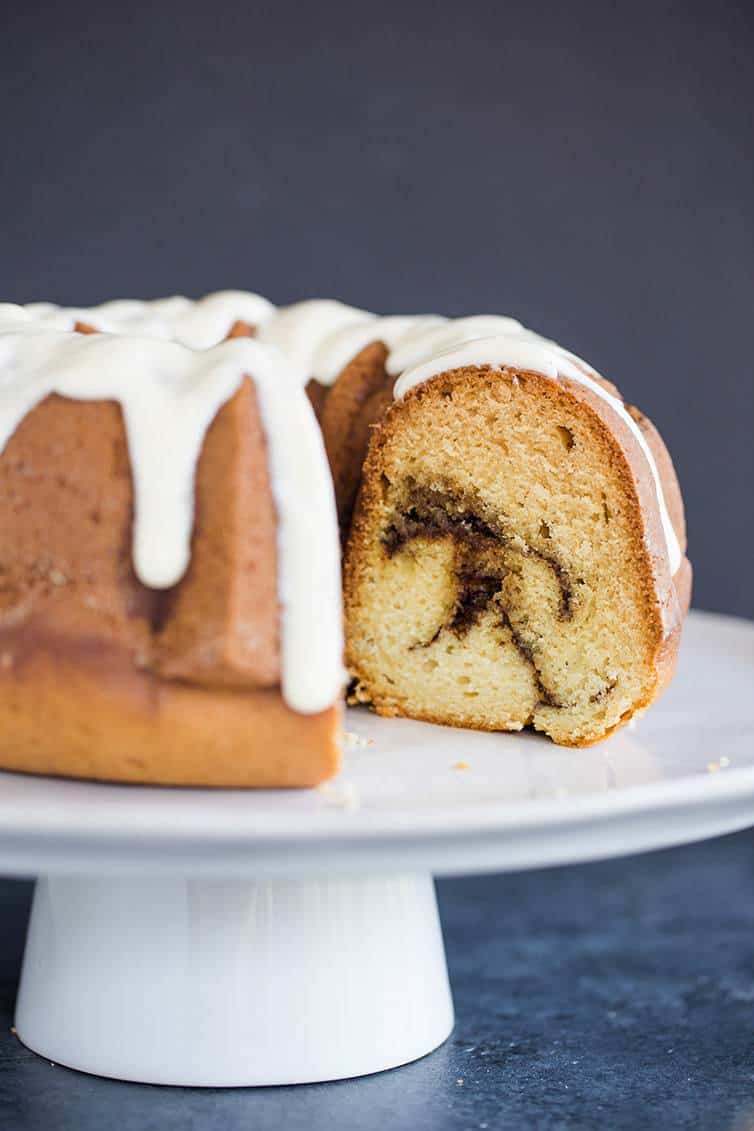 This cake, as you might imagine, was ridiculously easy to make. A simple butter and sour cream batter comes together easily and layers with a cinnamon-sugar filling. I loved how high the cake rose and how regal it looked when I turned it out of the Bundt pan.

Don’t Bundt cakes just have this air of totally simple and no-fuss but super elegant all at the same time? There’s a crazy ying and yang going on there, and I just adore them. 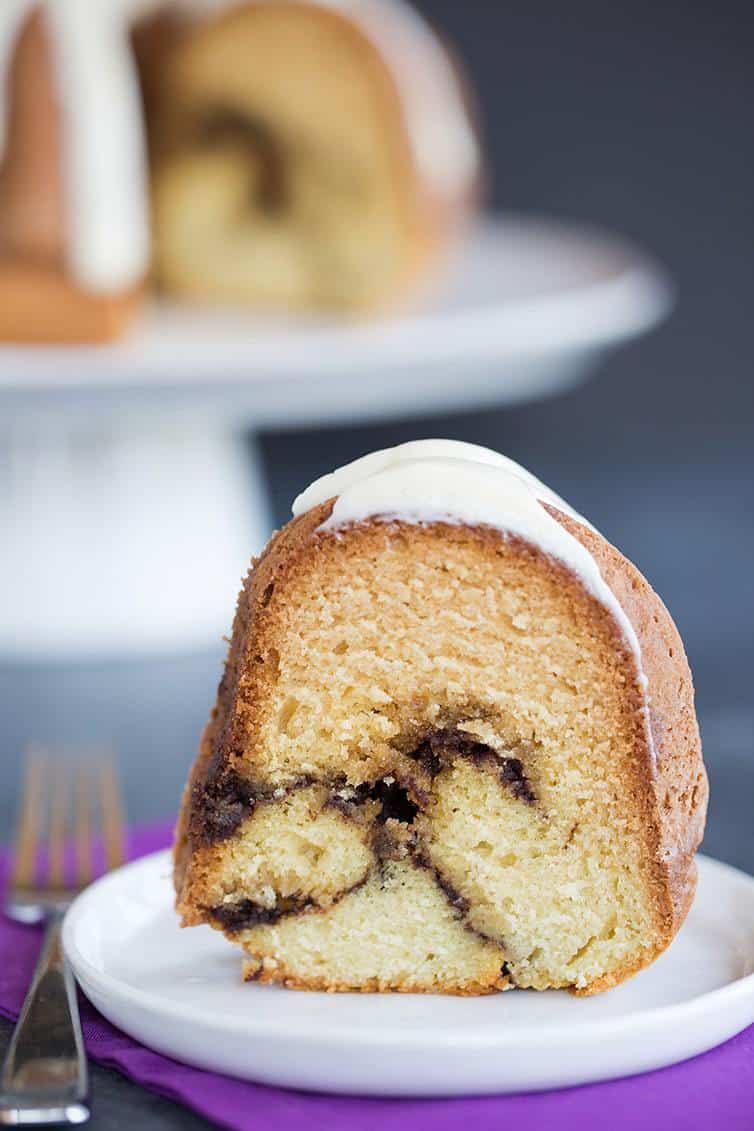 Joanna’s cake did not include any icing, and in truth, it is totally delicious on its own, but I just couldn’t stare at a naked cake and not put SOMETHING on it. It’s in my baker’s blood. I thought a really simple cream cheese glaze would be perfect – it’s not overpowering, but kind of gives it that cinnamon roll vibe, which, hello, is never, ever a bad thing. It’s a great little addition, but if you prefer to skip it, I think you could even serve the plain cinnamon coffee cake warm and not need to cool it completely.

I served this cake for Sunday dinner and it was a massive hit, there were lots of second and third helpings happening, so it’s a total winner with my family. I hope you enjoy this as much as Joanna’s family has, and as much as mine did!

And now I totally have to ask – do you have a Christmas breakfast tradition? I want to hear all about them! 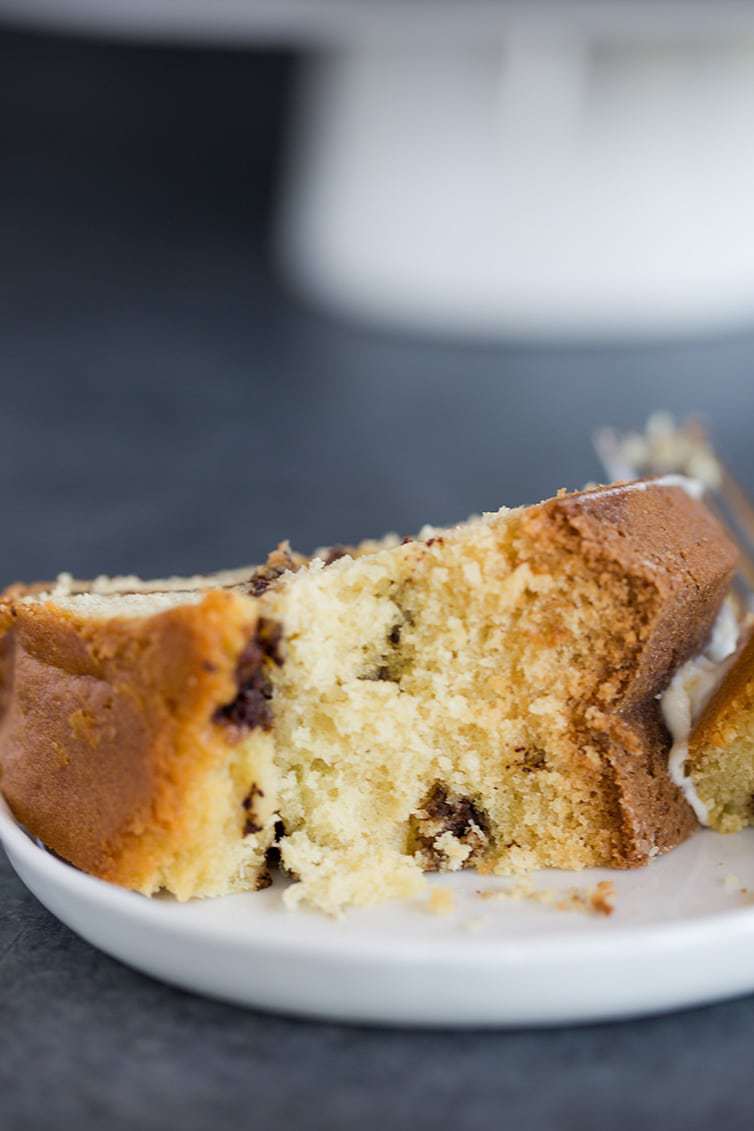 Do you see that chunk of cake off to the right that I dug into?

While I was snapping this photo, a certain rosy-cheeked toddler came ambling in from outside and swiped it right off the plate. He polished it off in a split second and declared, “good! good!” so it also has Joseph’s seal of approval ;-) 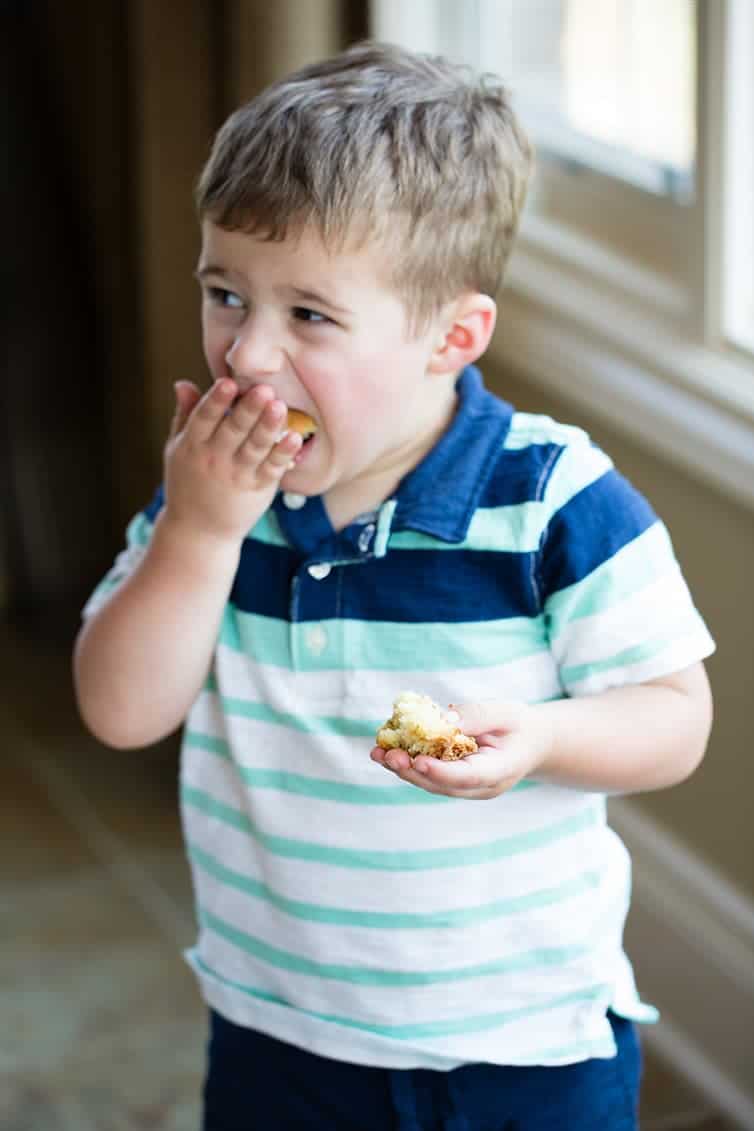 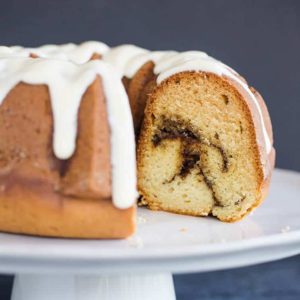 For the Cinnamon Filling

For the Cream Cheese Icing