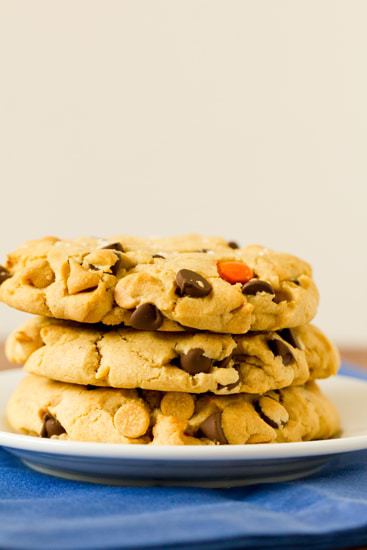 My infatuation with the combination of chocolate and peanut butter is very well-documented here on the site. You put the two of them together and I’m completely unable to practice any sort of restraint. The good news? I know I’m not alone. I’ve been thrilled to hear from all of the other chocolate/peanut butter fanatics out there! So, it probably comes as no surprise that I keep finding new ways to throw the two of them together. Sometimes, the ideas are born out of desperation (I need some chocolate and peanut butter immediately).  Sometimes, I see a recipe on a blog, in a magazine or in a cookbook that looks irresistible, and sometimes, I stare at my pantry ingredients and see the perfect storm. These cookies were born out of a perfect storm. In fact, you know that enormous rogue wave that kills George Clooney at the end of the movie by the same name? It has just met its culinary counterpart. 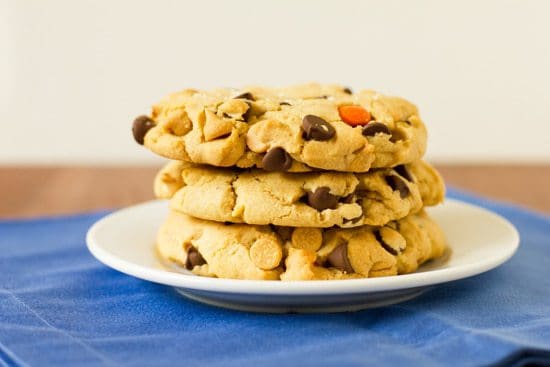 Speaking of infatuations, most of you also know I’m a hockey fanatic and a huge Penguins fan. Last year, when tickets went on sale for the upcoming season, I had my sights set on one game.

My little fingers click, click, clicked away on Ticketmaster at exactly 10:00am the morning tickets went on sale, but they were immediately sold out. I figured I would check StubHub as the game got closer and try to snag tickets. Lo and behold, a couple of months later, I received my regular Penguins email newsletter. Nestled at the bottom of the email was a notice that the team would be selling 3-game packages for all of the home games versus the Flyers. My fingers have never typed so fast. To say that purchasing that ticket package was an impulse purchase would be the understatement of the century. The thing about those tickets, though? They came pre-loaded with $25 worth of concessions. Turns out, it’s pretty hard for two people to eat and drink $50 worth of concessions at one game. We were at the last game of the season, and I realized there was still a balance on our two tickets, even after we had eaten and gotten drinks. Not willing to throw it away, I hit the concession stand one last time. What did I buy? I stocked up on Reese’s Pieces, of course! “I can use these to bake!” was my immediate exclamation. 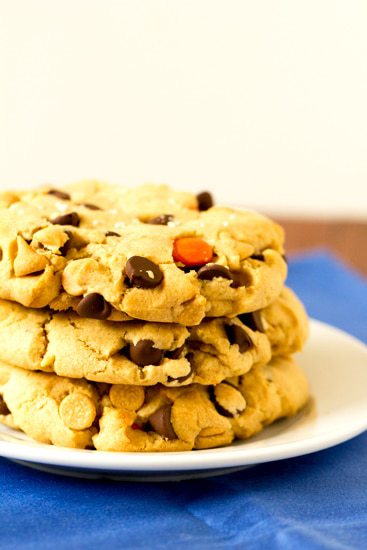 Fast forward a month, and in my drawer of baking goodies, I see the following:

The perfect storm. Obviously, these cookies were meant to be. Massive, soft, and chewy. Packed with tons of peanut butter and chocolate. They’re amazingly delicious, and they make the fact that I have no hockey team to root for in May just slightly more bearable. 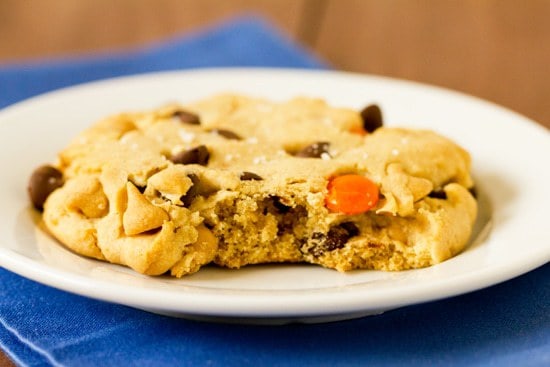 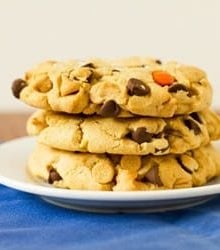