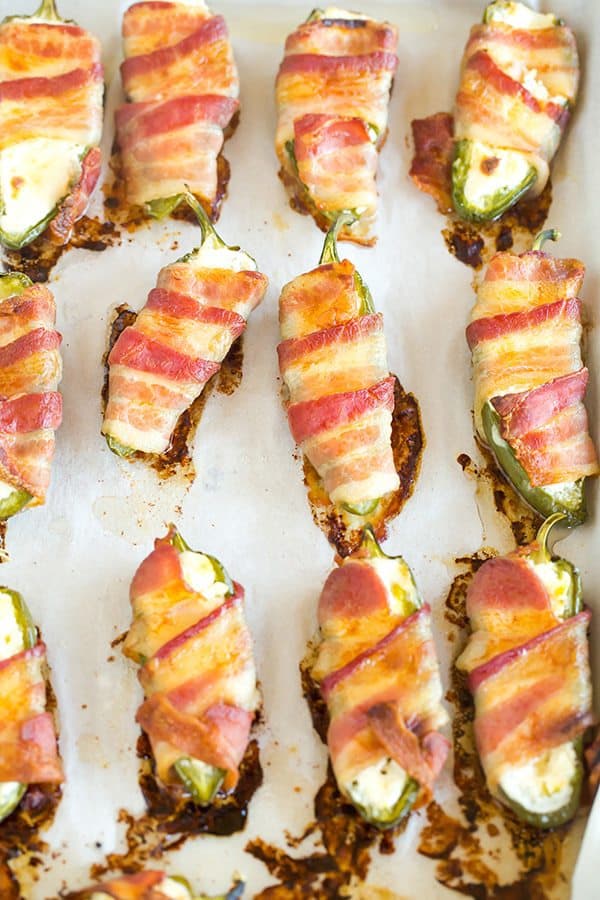 Over Labor Day weekend, my mom, sister and in-laws were over on Sunday for our usual get together, and hung out later than usual to watch the end of the U.S. Open while I put Joseph to bed. I came downstairs and found out they had planned an impromptu barbecue at our house for the next day. I had a minor panic attack because, well, I’m Type A to the max and impromptu anything usually makes me twitch (I need time to plan, man!), it was already late-ish, I obviously had no food planned, I was 8.5 months pregnant and had no intentions on going to the grocery store. I think I gave everyone a, um, look, because they immediately started assuring me they would bring the food so I didn’t need to worry about anything.

What I DID have, however, were some jalapeños in the fridge, as well as some cream cheese and bacon. 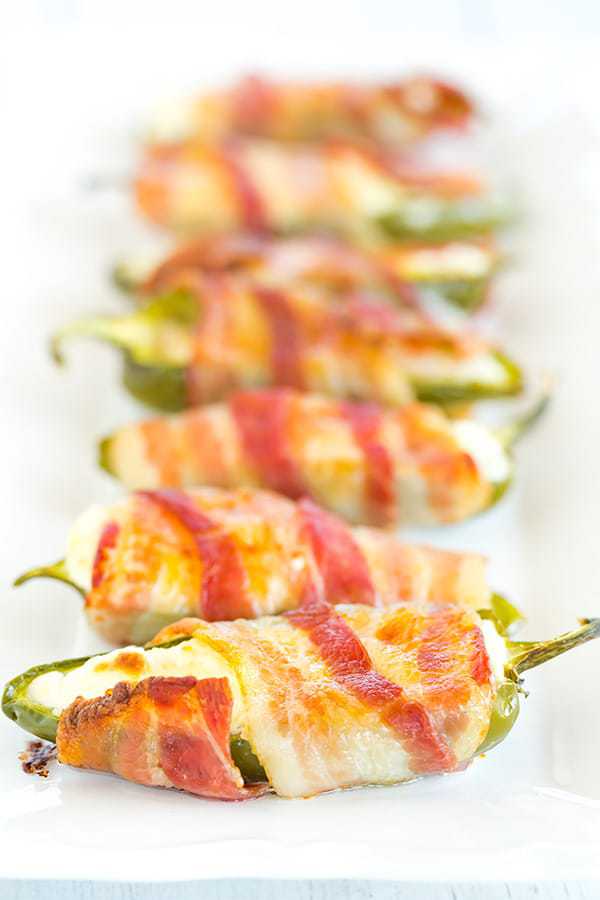 The absolute best part about jalapeño poppers (other than how utterly delicious and addicting they are) is that they are ridiculously easy to make and super simple to scale for a party of 2 to a party of 50. There are no exact measurements here, so just add more peppers, cream cheese and bacon if you think you’ll need more, or use fewer ingredients if you’re feeding a small crowd.

Our small little impromptu Labor Day group absolutely devoured these. I kind of thought everyone might like them, but was surprised when everyone kept going back for more. Appetizer win! 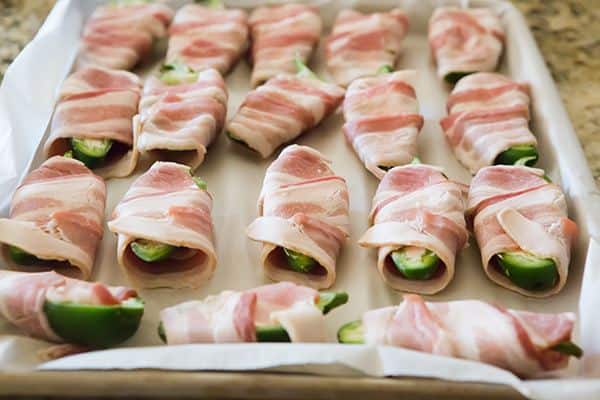 If you’ve never made jalapeño poppers at home, promise me you’ll give them a try sometime soon! They’re so easy and simple, AND I think they could be made even more amazing by mixing some shredded cheddar cheese into the cream cheese. Because, more cheese is always better in my world.

Whether you are having a casual party, having friends over for some football-watching, or just want a snack for a Netflix binge, these are a delicious option! 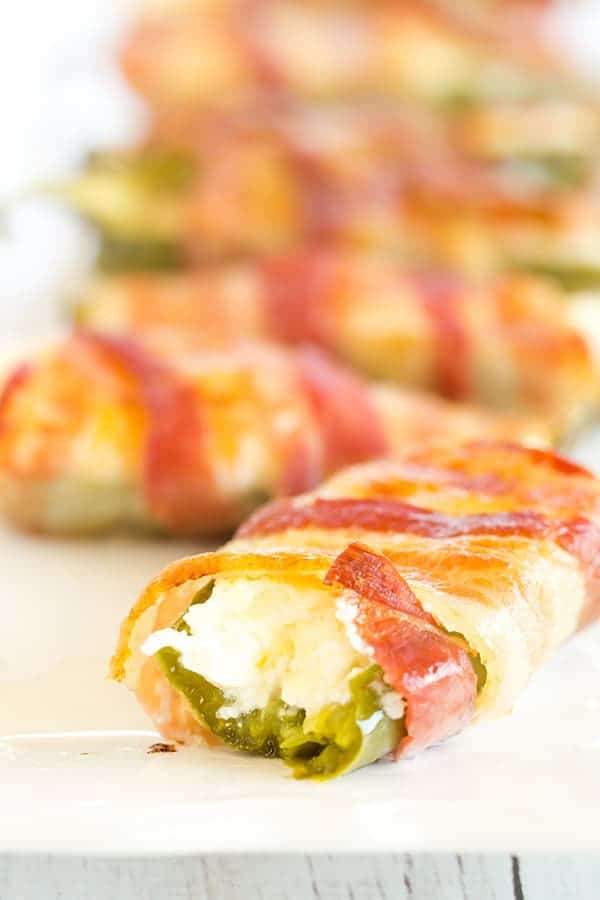 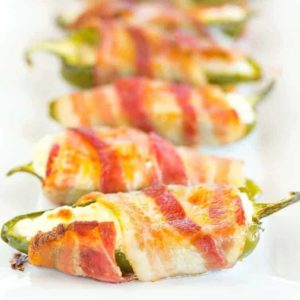