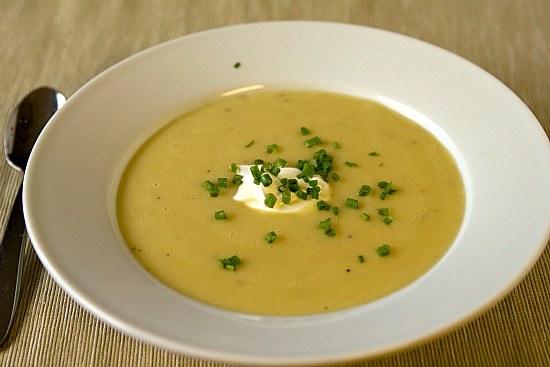 A handful of years ago I was at a wedding that served a Cream of Potato & Leek soup as part of the meal. It’s one of the most memorable food items I’ve ever had at a wedding… maybe the most memorable. It was delicious – thick and hearty, creamy, and full of flavor. The leeks imparted a mellow flavor reminiscent of an onion, but not nearly as strong or overpowering, and the taste of potato really shined through. I’ve been dreaming of that soup ever since, and keep making mental notes to look for a recipe so I could try to recreate it. Well, it’s been almost five years, so I’d say that my statute of limitations was almost up, and I finally hunkered down to make a version of cream of potato and leek soup. It’s just as delicious as I remember it, and I love that I can now have it anytime at home, without being reduced to just daydreaming about it! 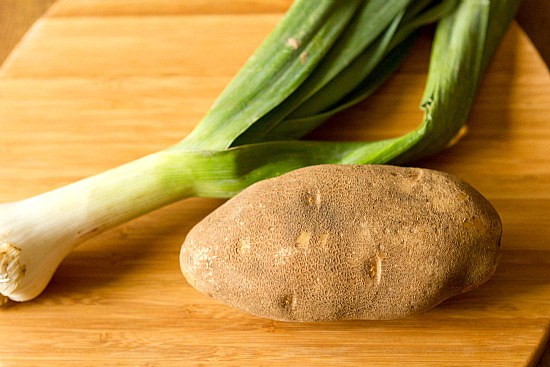 Of all the potato and leek soup recipes that I found I loved this one most for two reasons:

Sounds like a contradiction, doesn’t it? The creamy texture is achieved by adding a slice of dried out bread (torn into pieces) into the soup and then ultimately pureeing everything together in the blender. The flavors blend beautifully and the bread helps to give it a thickness that otherwise would need heavy doses of cream to achieve. I love how healthy that makes this soup! 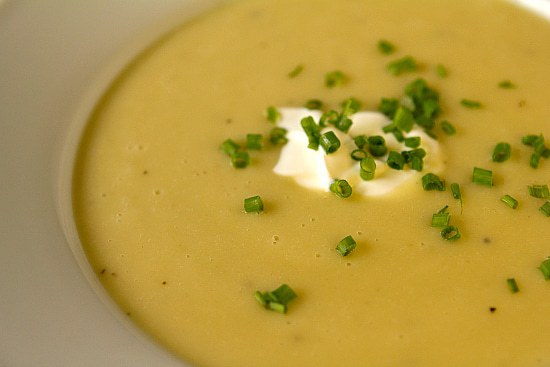 The original recipe calls for chicken broth, but as a general rule of thumb, I use vegetable broth for any soup or dish that doesn’t include meat to begin with. This has become a habit since my sister became a vegetarian; I like to make sure that if something doesn’t have meat in it then mere broth won’t keep her from eating it. (The one exception to this rule is French Onion Soup!)

Have you ever eaten something at a function that you just can’t stop thinking about?! 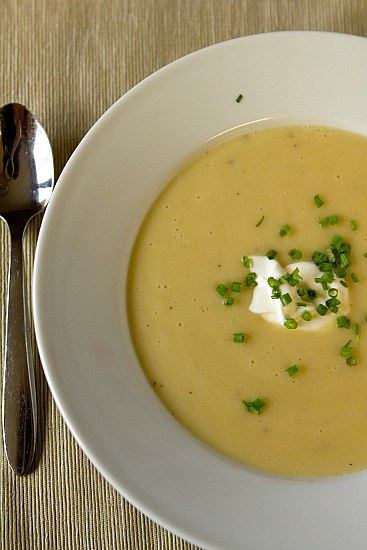 One year ago: Butternut Squash Soup
Two years ago: How to Roast Garlic
Three years ago: Wendy’s Copycat Chili
Four years ago: The Perfect Omelet[/donotprint] 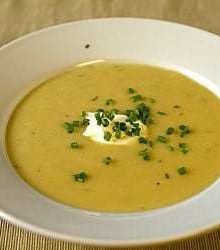