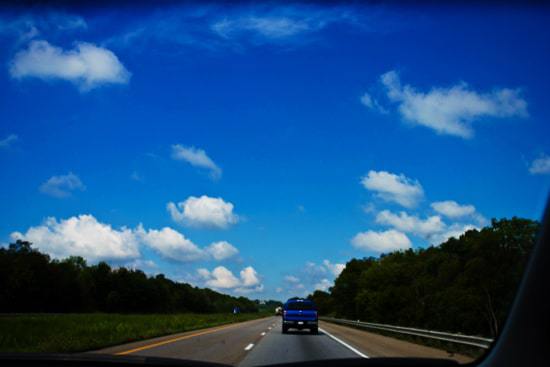 A highway, somewhere in the middle of Ohio.

You have to love the bright blue sky after I began my last Friday Stuff n’ Things post with a very stormy sky! This week my Chief Culinary Consultant and I packed up and took off for a couple of days to western Ohio. We hit up the National Air Force Museum and then took in a day and a half of tennis at the Western & Southern Open. It was a great trip; I have some photos to share with you below, as well as some other tidbits about what I’ve been up to and random life outside of the kitchen.

1. Ohio Road Trip, Part I: National Museum of the United States Air Force. My Chief Culinary Consultant and I have been talking about taking a mini road trip to see this museum for a couple of years now. We finally decided to make the 4+ hour drive west to Dayton and check it out. I’m not really into planes or war history, but I found the museum to be fascinating. We spent the bulk of our time in the WWII section of the museum, where a lot of the planes were adorned with artwork like this: 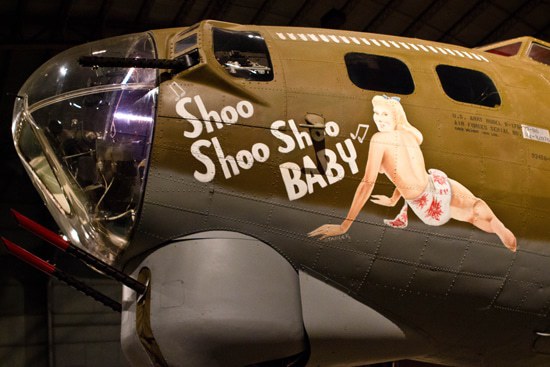 Along with all of the planes they had on display, there were also artifacts and memorabilia from the war. Below are wood carvings that were made by prisoners of war. The pictures don’t even come close to doing them justice; the detail is just incredible. 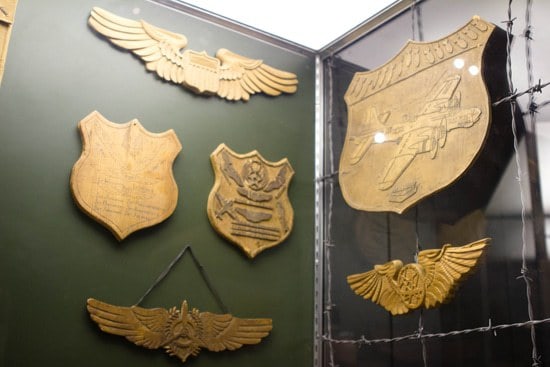 There were also quite a number of propaganda and recruitment posters on display (below left). One of my favorite pieces in the museum was a large stained glass painting (below right), whose original location was in the Wheelus Air Force Base chapel. There were so many amazing things to look at and read, you could easily spend two whole days going through the entire museum. 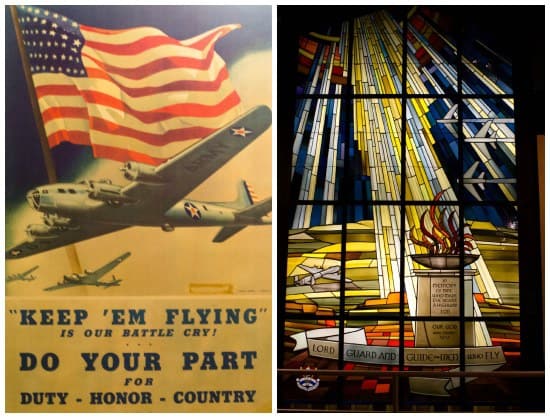 2. Ohio Road Trip, Part II: Western & Southern Open. We decided to combine our trip to the Air Force Museum with some tennis, since there was a tournament being held just outside of Cincinnati, less than an hour from the museum. We lucked out and got to see Roger Federer play a night match, and then an afternoon match the next day, both from great seats. We also saw Na Li, Andy Murray and a few others as we bounced around some side courts. We’ve gone to the Sony-Ericsson Open in Miami the last two years and always have fun checking out these tournaments. Such a great little midweek getaway! 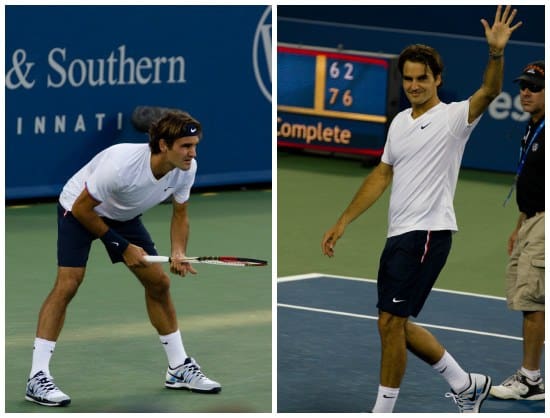 This girl, she was not having a good night. I feel her pain… I usually have the same reaction when something catastrophic happens in the kitchen. 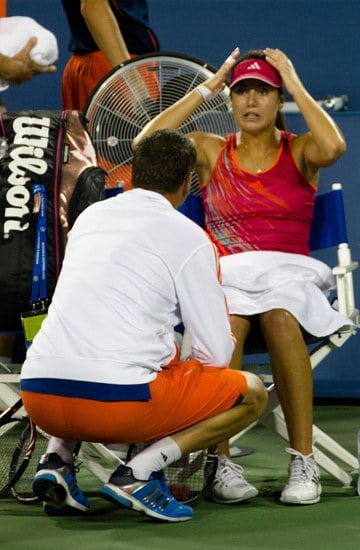 Such a cordial game… niceties all around. 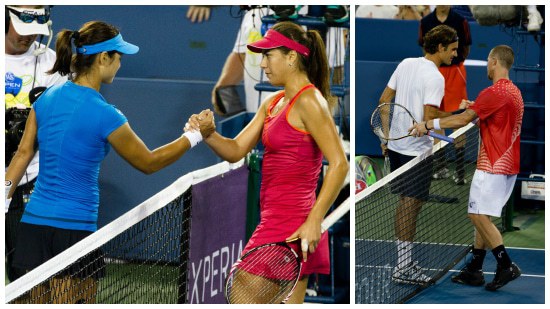 P.S. I recently got a 70-300mm lens and broke it in at the tennis tournament. Absolutely in LOVE with it. I was able to capture some really amazing shots. If you’re looking for a telephoto zoom lens, I highly recommend it!

3. Fall! Nail polish! Fall! I was at the grocery store last week and while walking past the cosmetics section on my way to the checkout, I spied a display of Essie’s new fall colors. I love when the colors come out for the new season, so exciting! I adore all of these, although I’m not sure that I can see myself wearing the green. I guarantee that I buy at least 3 within a week. Write it down. 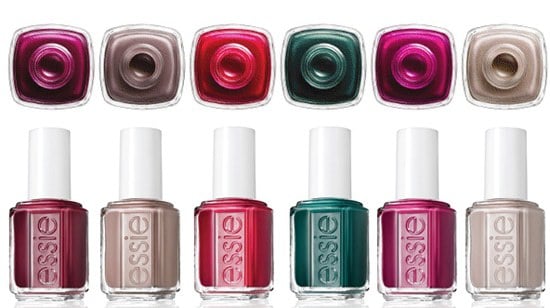 4. I tried to make mozzarella cheese this week. Remember a couple of weeks ago when I told you I was going to attempt canning and cheese-making? Well, the canning was a success. The mozzarella went about 69% according to plan. In my grade school, that was failing. Which is to say, the cheese was not a success. It came close, but close only counts in horse shoes and hand grenades, right? I’ll be working on take two in the next few days. Fingers crossed!

5. HUGS! Did you drink these little fruit barrels as a kid? We had them occasionally, but I probably haven’t touched one in well over 20 years. A few weeks ago at the grocery store, my Chief Culinary Consultant spotted a display of them and bought a box on a whim. It was still a week after that before I grabbed one, but after my first sip I remembered why they were so good when we were kids. So refreshing! Definitely a blast from the past. 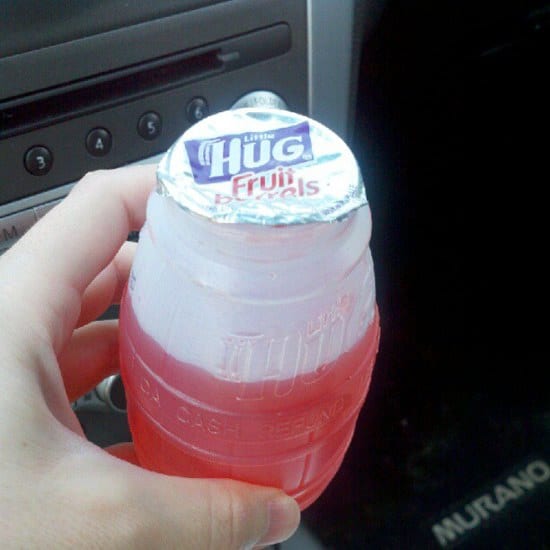 6. Movies! The last time we talked movies, I had just gone to see Ted. Since then, I finally got to the theater to see The Dark Knight in IMAX, which was awesome. Great, great movie, and I of course loved that parts of the movie were filmed in Pittsburgh. It was so much fun to see some of the downtown streets during chase scenes. I think The Campaign and The Bourne Legacy are next up on the list of movies to catch at the theater. Have you seen either?

7. A pretzel bread revolution! A few weeks ago Jessica mentioned pretzels baguettes in one of her posts. I asked her where she found them and she replied with her local Giant Eagle. I cried a little when I found out that my local Giant Eagle didn’t carry it. However, after a trip to Whole Foods and a Giant Eagle Market District, I found pretzel buns, pretzel rolls, pretzel sticks, pretzel baguettes, pretty much… pretzel everything! My taste buds have been blown away and I’m already plotting my next trip to buy more.

8. Sunny day… sweepin’ the clouds away… Einstein has been finding that sunny sweet spot for the last week or so and bathing himself in the afternoon warmth. Dogs have great lives, don’t they? 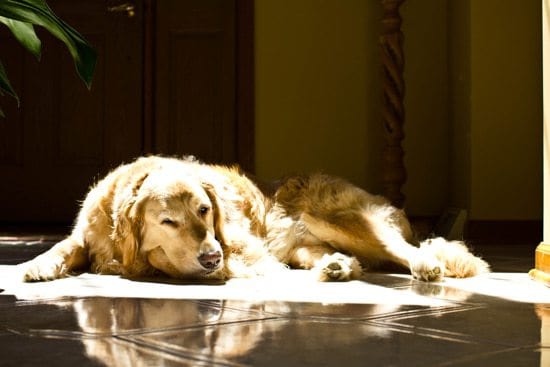 9. Speaking of dogs… I saw this on Facebook and if you have a pet, I guarantee you can relate! 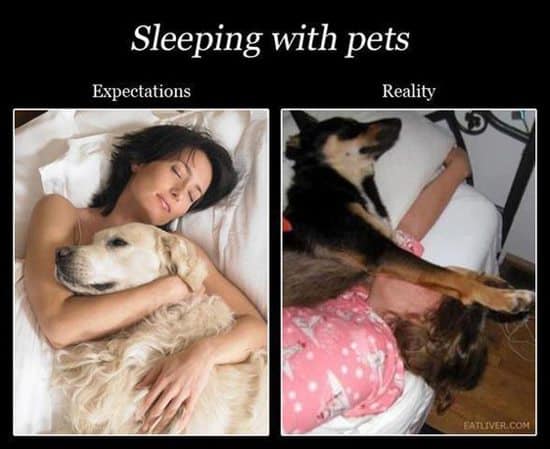 10. TGIF! Weeeeeeeee! Kick back and have a great weekend! 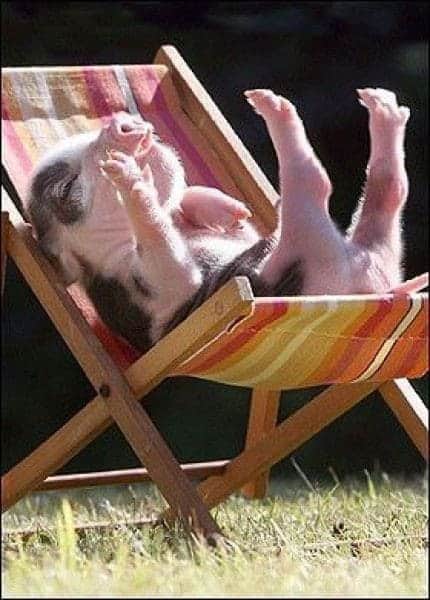