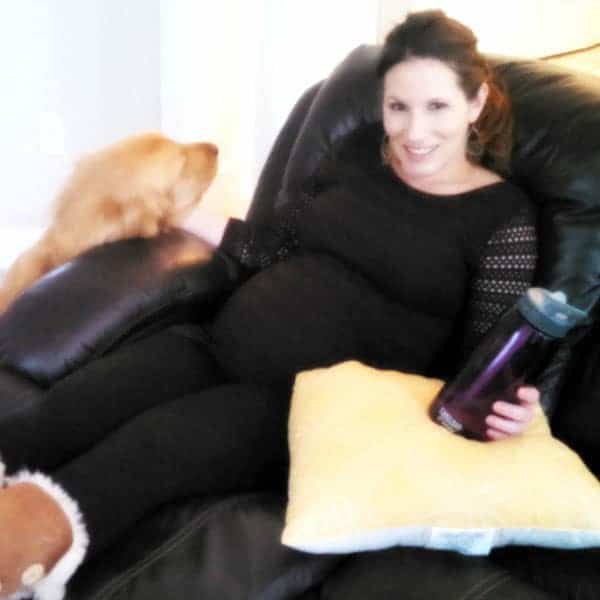 1. How was your Thanksgiving holiday? Tell me what fabulous things you ate! We had an awesome day at home with lots of family, a massive turkey and more desserts than we could possibly consume; which is to say, we had an absolutely fantastic holiday. I spent most of my time after dinner on the couch, with my feet up, because that’s what pregnant people are supposed to do, right?!

2. Thanksgiving prep did not go off without incident, however. I almost ruined Thanksgiving. Seriously. True story – I take my garbage disposal for granted. I throw a lot of stuff down there. Full disclosure: my husband has warned me multiple times not to put potato peels down the garbage disposal. I keep doing it because I’ve always done it and I’ve never had a problem. Well, on the night before Thanksgiving, it finally became a problem. My mom had spent all day at my house helping me prep for Thursday and around 6pm the kitchen sink totally clogged. My father-in-law made a 50-minute drive to try to fix it, saying that this was his third Thanksgiving in a row trying to fix a clogged garbage disposal. Long story short(er), he was not able to fix it and said the clog was too far down and we’d need to call a plumber.

Nothing like setting your alarm for Thanksgiving morning to let the Roto-Rooter plumber in and praying that it will get fixed and you’ll actually have access to a kitchen sink on Thanksgiving. Luckily, he was able to get it in working order in less than an hour, and said that Thanksgiving is their busiest day of the year; he had 6 more service calls after us – all clogged kitchen sinks. Oops. In case you’re a garbage disposal abuser like me, here is an article on what NOT to put down the garbage disposal.

3. While we’re still on the topic of Thanksgiving, did you do any Black Friday shopping? My mom braved the mall, but I stayed firmly planted on my couch the entire day and ate leftover turkey, mashed potatoes, stuffing and pecan pie. We did, however, shop online for new health insurance which is very, well, grown-up and boring.

4. A few nights ago, we caught a “behind the scenes” type of show on REM, which included a snippet of the band playing “Losing My Religion”. It immediately reminded me of high school, and also, as an extension, the show “My So-Called Life”. Oh how far Claire Danes has come!

5. Speaking of which, I was beyond agitated that Homeland was off this past week. I didn’t realize they were on a week break and spent ALL DAY looking forward to watching it after the previous episode. Then we went to turn it on and… nothing. Ugh! So frustrating! Needless to say, I’m really ready for this week’s episode.

6. While Homeland is the only series we’re currently watching right now, I was excited to see that The Americans will be coming back at the end of January and that House of Cards will be released at the end of February. I’m sure I’ll be a sleepless, walking zombie at that point, but I’m still looking forward to them nonetheless!

7. My husband and I went out this past weekend and stocked up on some newborn clothes since most of the baby clothes we’ve received as gifts are all larger sizes. Oh my goodness, every outfit was more adorable than the one before it! We had to seriously restrain ourselves, but got the little guy a nice assortment of starter clothes. Things are definitely more and more real by the day… I’ll be 35 weeks on Monday!

8. If you love holiday music and haven’t heard of them yet, you HAVE to check out Straight No Chaser. They are an a cappella group that formed in the mid-90’s at Indiana University. They have some amazing Christmas music that I just love. I think they tour every December, and really wanted to see them in Pittsburgh this year, but just didn’t think that I could sit comfortably through an entire concert. Maybe next year!

9. Do you have a list of holiday cookies that you’re planning to bake? Lay ’em on me! I’m planning to do a little more meal prep for baby time than extra holiday baking this year, but I’d love to live vicariously through you :)

10. TGIF! Duke just loooooooves sleeping next to his big brother! 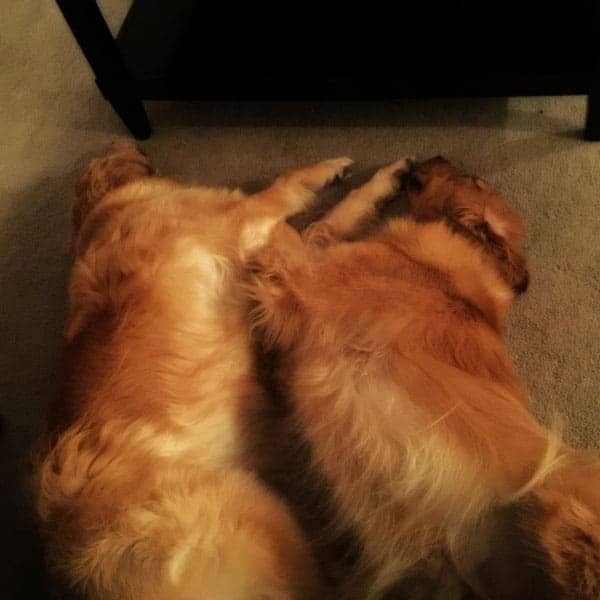