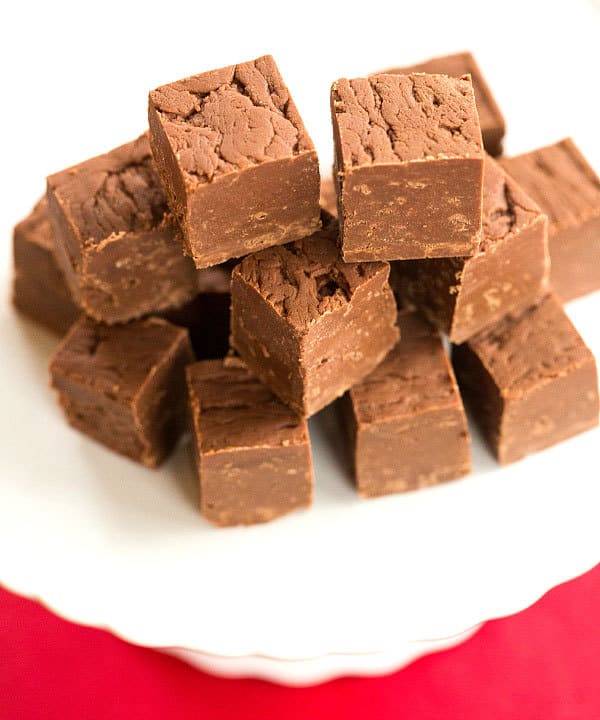 Last year, a week or so before Christmas, my aunt sent me an email saying that she had found a recipe card in her mom’s old recipe box for fudge. The problem, however, was that there was just a list of ingredients (and some of them were vague, like “can of milk”) and the direction, “4 ½ minutes”. My aunt said that her mom had made this fudge every single Christmas since she was a little girl, and she really wanted to try to make it, but wanted to know if I could make heads or tails of the recipe. I pieced together some other fudge recipes with similar ingredients and sent her a guess at the ambiguous ingredients and procedure steps. She made it last year and said it turned out great; I decided to give it a shot of my own last week, and it was by far the best chocolate fudge I’ve made to date. 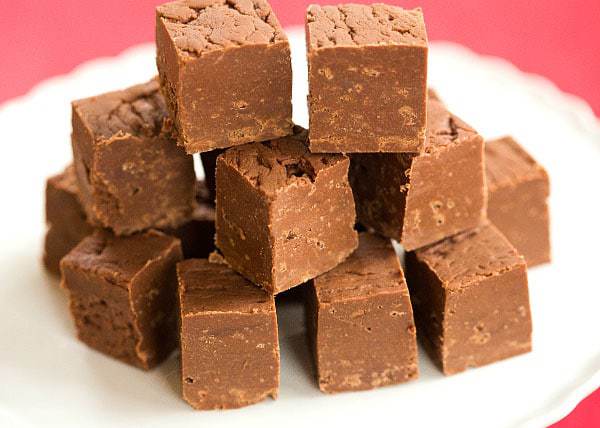 I’ve always found fudge to be really finicky, so I wasn’t terribly optimistic about tackling a fudge recipe that didn’t require a thermometer, and one in which I had to guesstimate the procedure to begin with. HOWEVER, this turned out to be the best-tasting chocolate fudge that I have ever made, plus it was easy as could be. Sometimes fudge can end up being a little too soft or, on the other side of the spectrum, way too dry and crumbly. This fudge is absolute perfection – it’s firm but unbelievably creamy and melts in your mouth.

I asked my aunt earlier this week if it would be okay with her if I shared her mom’s recipe on the site, and she said that she would be honored, as the last time her mom was able to make it was back in 1989. I was curious if the fudge had a special name and she said the recipe card simply said “FUDGE”, but my aunt thinks that maybe the recipe was on the back of the huge Hershey’s chocolate bars back in the late 50’s or early 60’s.

It’s no secret that I love family recipes, especially ones that can evoke strong holiday memories. Perhaps this fudge will do the same for your family; if nothing else, it is an absolutely fantastic fudge recipe that is easy to make and doesn’t require any special equipment. Enjoy! 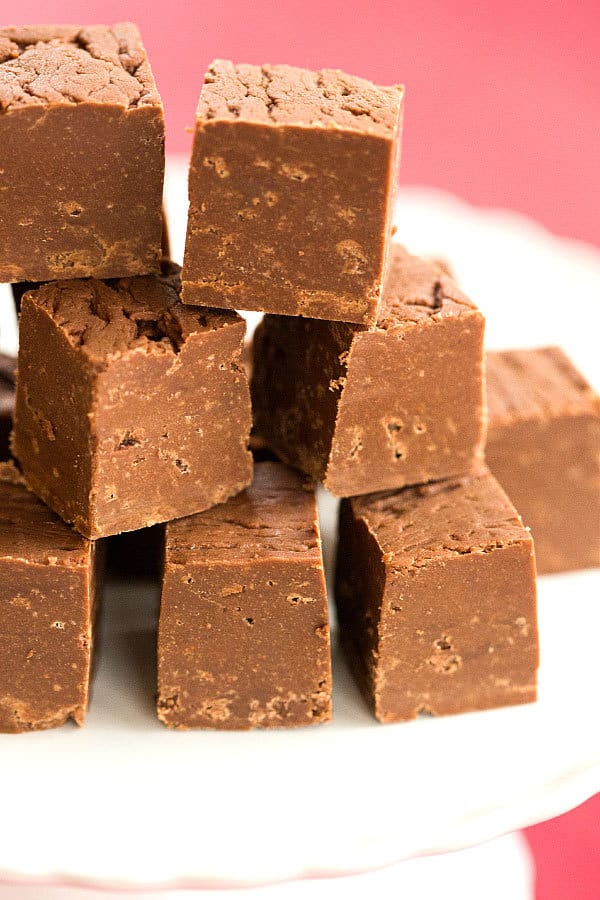 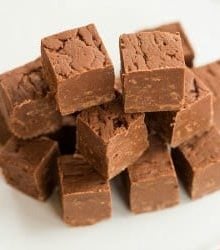