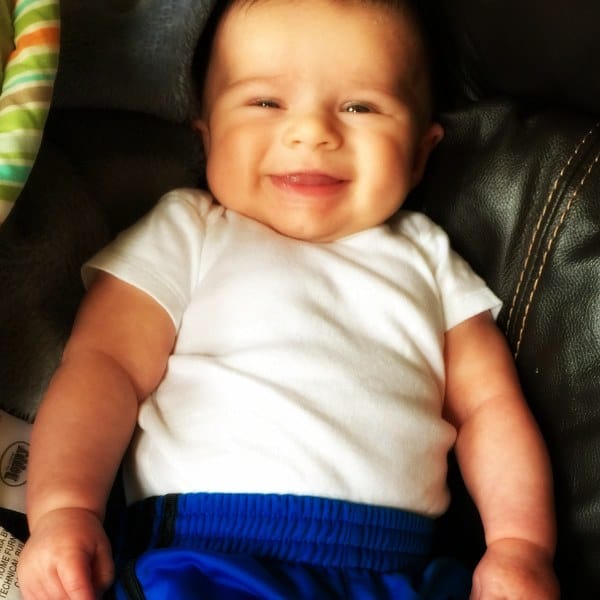 1. Joseph has been much more interactive this week (he’ll be 16 weeks on Monday!)… some of his new “tricks”:

– Now when he babbles and talks, he throws a loud scream in there. He’s not crying, most of the time he’s smiling, but it’s like he realized he can make noise come out of his mouth and he wants to do it ALL.THE.TIME.

– He’s grasping toys now and bringing them to his mouth… he’s actually trying to put everything in his mouth, including burp cloths, my arm… basically, anything he can grab.

– He’s also starting to grab at my face, touch my nose, put his hand in my mouth. It’s the cutest thing, but I’m pretty sure I’m going to have to start living in a perpetual ponytail!

– He also broke his own sleep record this week, clocking 11 hours straight one night! It’s been about ten days now that he hasn’t slept for less than 8.5 hours in a row.

2. We are slowly getting settled into our new house and are working on making it our home. Many of you asked last week why we moved… long story short – we bought a house two years ago when we got engaged and knew it was going to be a short-term plan. We were in a busy neighborhood off of a busy street, and we wanted more privacy, more quiet, and, ideally, some woods. We’re now nestled into a cul de sac in a smaller neighborhood in a much quieter area, and we get to have this view off of our back deck: 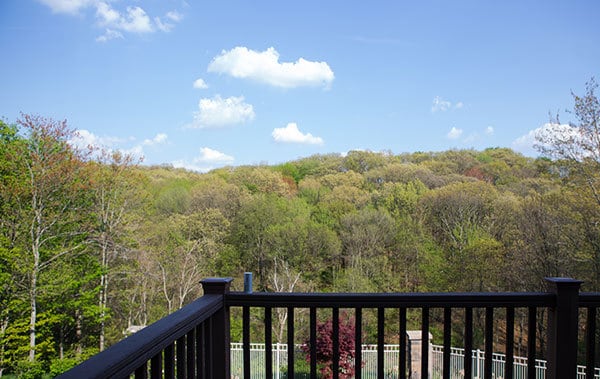 3. So far we’ve seen cardinals, goldfinches, groundhogs, deer, and there are two robins’ nests under our deck and at the front of our house. My husband was throwing a tennis balls in the backyard with the dogs and it accidentally hit the deck… immediately a handful of little baby birds stuck their heads out of one of the nests! 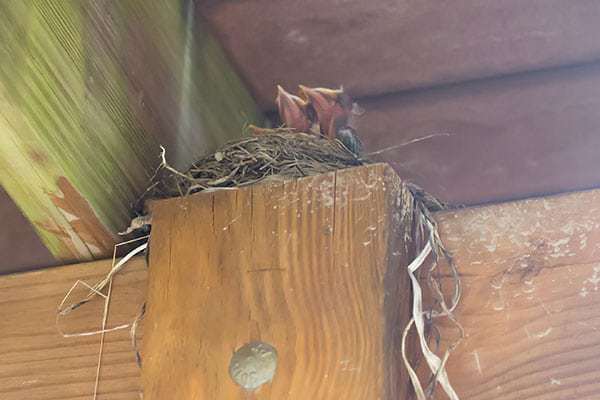 4. Einstein and Duke have totally settled in and Duke is doing a MUCH better job with the steps, thank you to everyone for your tips! After lots of practice, he seems to have mastered them and goes up and down on his own now.

5. Earlier this week, we had a locksmith come to change the locks on the house. As he was leaving, he mentioned something about volunteering at Gettysburg and my husband’s ears shot up. He’s a U.S. history and WWII war buff, and these two ended up talking for at least an hour. He was also chatting it up with the Internet installer for quite some time. Luckily, we don’t pay these people by the hour ;-)

6. Do you have a summer bucket list? Kristen has been making them every year and they always inspire me… I might actually make one this year!

7. Speaking of summer, I still haven’t gotten my hands on a soft serve ice cream cone yet. I must make that happen ASAP.

8. Two of the things we’re going to need sooner rather than later are bar stools (the ones we have are counter height, and we now have a bi-level island so we need bar height stools) and area rugs (our first floor is hardwood and tile). If you have any recommendations for great places to buy either of those things, lay ’em on me!

9. Exciting news… Brown Eyed Baker is now mobile friendly! If you view the site from your phone or tablet, you may have noticed that the site is looking a little different. You should be able to view it much more easily from your mobile device now… if you have any issues or feedback, please feel free to share!

10. TGIF! It didn’t take Einstein long to find his new “spots” in the kitchen :) 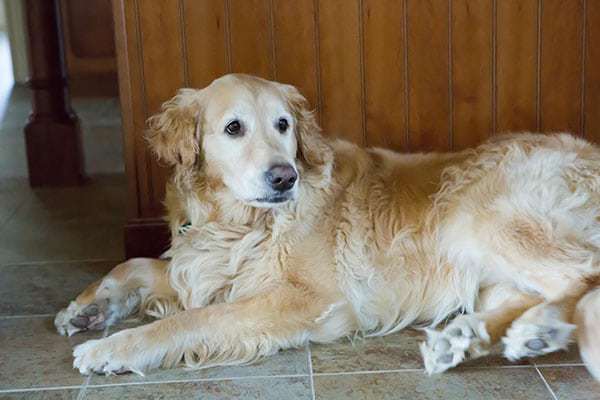