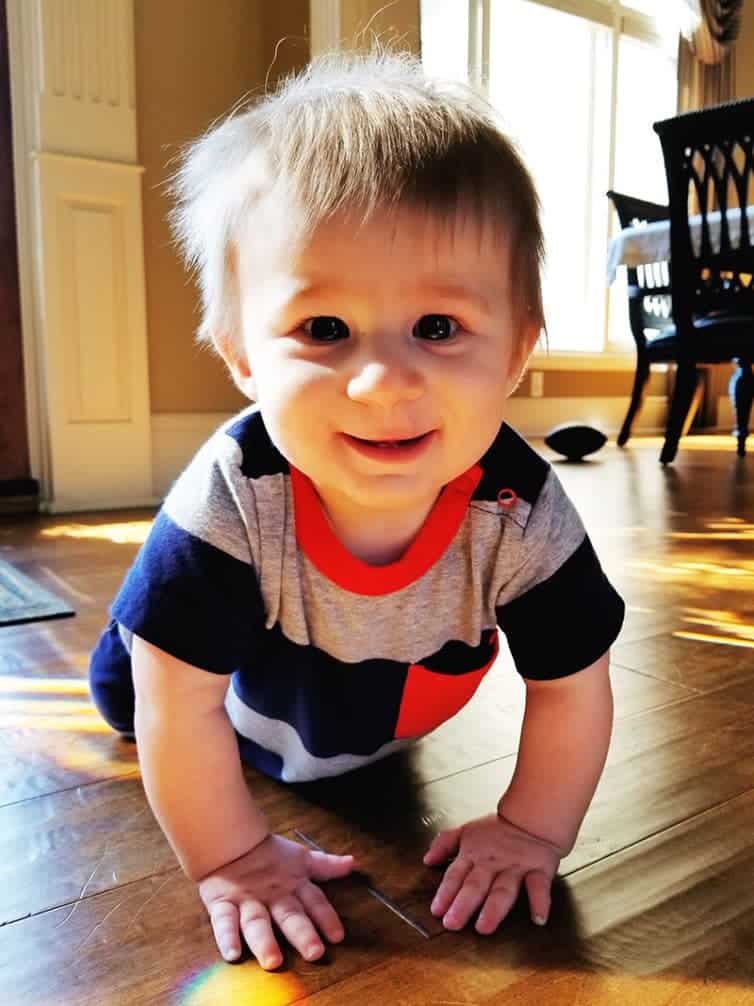 1. Dominic is loving life now that he’s sitting up and crawling around the majority of the time. He’s getting into toys, and when he’s sitting, Joseph loves to run over and sit as close to him as possible. When Dominic sees him coming, he breaks into the biggest smile. He also cut his 3rd tooth this week (a top one!) and I think the other one is one its way in. So, we’ve had some cranky stretches this week, too!

2. Joseph had another oral food challenge this week at the allergist’s – the first of the tree nuts – almond… and he passed! It was so long (5 hours, through lunchtime, and a missed nap), but he was so, so good. All of the nurses were begging to take him home, they couldn’t believe how pleasant and charming he was, ha! I’m always so stressed out when we do the oral challenges; while he can obviously talk and communicate, he’s still not old enough to really understand what’s happening or to adequately explain how he feels, so outside of the nurse and I checking his back and stomach for hives, it’s a lot of paying attention to his breathing, making sure he doesn’t start to sound congested or clearing his throat, etc. I take a massive deep breath once we get to the 1-hour wait at the end, which means he’s eaten everything and hasn’t had any noticeable reaction. We’ll do another one next month for walnuts… baby steps on our way to peanuts! And this means bring on the almond butter and Honey Nut Cheerios!

3. I am currently craving waffles; I can’t remember the last time I had one, so it’s definitely time to make a big batch and stock the freezer! (I also loaded up our freezer with sandwich bread and banana muffins this week!… And I steam mopped… I guess it was a productive week, ha!)

4. So, the whole unicorn food and drink thing… is it awful that I just can’t get into it?

5. What was the best movie the year you were born? Check it out on Thrillist… Here is mine:

The BIGGEST movie was The Empire Strikes Back, which grossed $209.4 million in the United States.

But the best movie was Airplane!. There is not an inch of this disaster movie spoof left un-wisecracked. Relentless with wordplay, sight gags, and throwaway lines (“Looks like I picked the wrong week to quit sniffing glue”), Airplane! is as pristine as any Renaissance painting, just with inflatable co-pilots instead of Jesus.

#1 – I am so not into Star Wars, and I think I watched this for a class once? ::shrug::
#2 – I’ve never seen it, but since it stars Robert Redford, I’m adding it to my must-watch list!
#3 – This is so funny, because I literally grew up watching Airplane – it was one of my dad’s all-time favorite movies. We had the tape and my dad watched it all the time!

6. You may remember me asking a few weeks ago about whether you’d be interested in a BEB Facebook group… good news – I started one! You can join here >> Brown Eyed Baker Friends!

Jump in and ask questions, share photos, share recipes (not just mine, any that you love!)… so excited to have another place we can all interact together!

7. House of Cards drops on Netflix on Tuesday… I’m totally counting down!

8. Just in time for the holiday weekend – I have a new recipe video this week and it’s for my Best Ever Potato Salad. It’s the only potato salad recipe I make and is utter perfection!

9. You know I’m totally invested in the NHL playoffs, so that double overtime game 7 last night totally took years off of my life, but wow! Back to the finals!

10. TGIF! Duke got groomed yesterday, so he’s looking and smelling super fresh! (It also totally wears him out, so much napping was in order.) 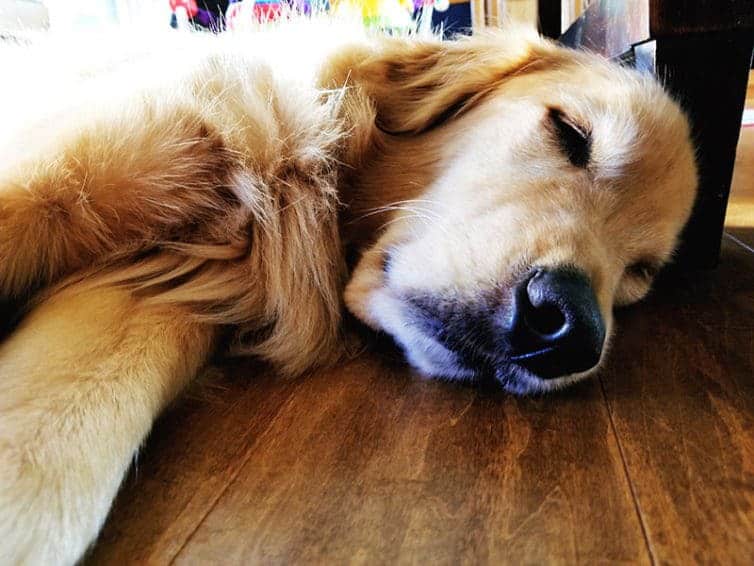