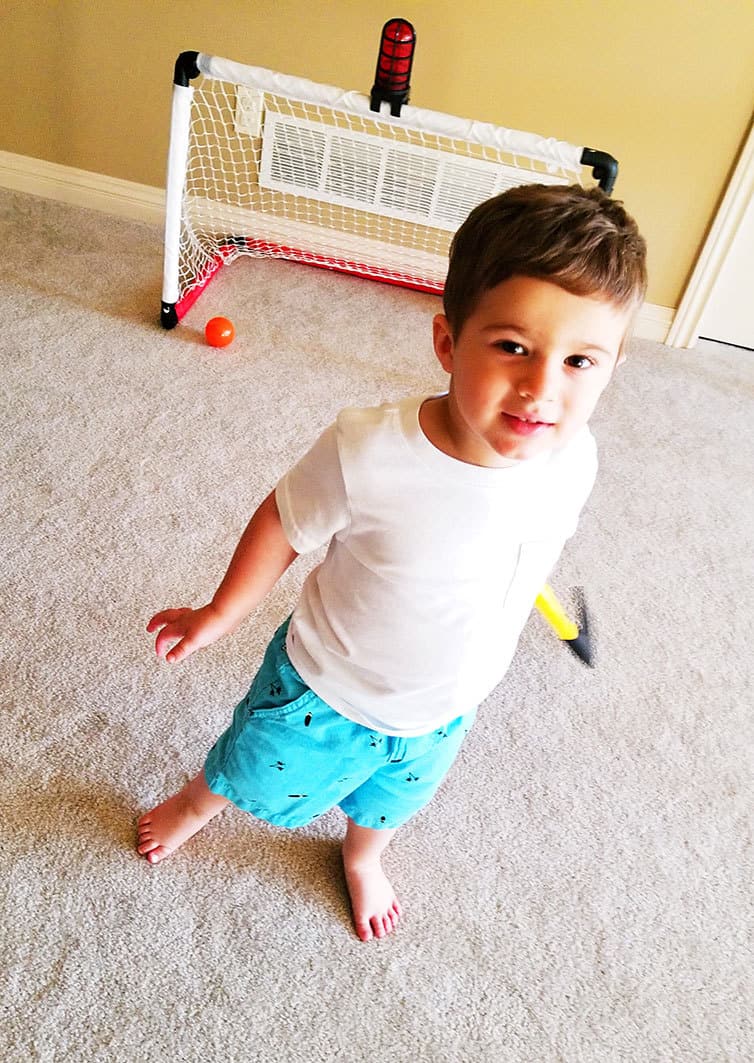 1. Joseph had another oral challenge at the allergist this week and… HE PASSED! This one was for walnuts, as we’re working our way through the tree nuts. He had previously passed almonds, and next up in July will be pecans. These tests are so long and stressful, but each one he passes is a massive sigh of relief. He can enjoy nut rolls at Christmas now that walnut is crossed off the list!

He’s also been pretty obsessed with hockey since we were watching a lot of here over the last few weeks, so my husband got him a little hockey set for in the basement and that is all he ever wants to do. He wakes up asking to go play hockey, after breakfast, after/before ANYTHING, he wants to go play hockey. Love!

2. Doing laundry used to be a simple little chore for me, but now getting laundry done, folded and put away within 24 hours seriously seems like a monumental accomplishment. I get absurdly proud of myself if I can do it.

3. On the subject taking care of household stuff, the folks at MacGill sent me one of their first aid kits, which was great since we actually did not have one. This is seriously THE BEST first aid kit I’ve ever seen – everything and anything you can think of is in there! We are now prepared for skinned knees, bee stings, and whatever else I hope NEVER happens, ha!

4. There are new emojis coming! I’m looking at you, soft pretzel.

5. Is it just me, or has the Pinterest Explore page turned into total junk? I feel like every other pin is some click-bait spammy type of thing for weight loss. If the old Pinterest could come back, that would be fantastic.

6. Speaking of Pinterest, I found a graphic on morning mindfulness habits, and they sound great, but seriously whoever dreamed this up either a) does not have children, or b) gets up at 3:30am to get it all in before their kids get up. I mean, shower meditation? Coffee ritual? Eat breakfast mindfully? Ha… Ha… Hahahahahaha.

8. While we’re on the subject of ice cream, I’m dying for a soft serve ice cream cone – chocolate/vanilla twist with chocolate sprinkles, please! We haven’t gone to a soft serve place since Joseph was a baby because it’s one of the places that’s pretty much off-limits with his peanut allergy. Womp womp. I hope there’s a day sometime in the future when he can sit outside in the summer sun licking an ice cream cone.

9. I procrastinated yesterday and got all of the 2017-18 NHL schedule plugged into my Google calendar, because after the boys and work, I live and breathe hockey season. I’m ready to start all over again!

10. TGIF! While Joseph and I were hanging out at the allergist, Duke and Dominic were patrolling the neighborhood (they both took their job VERY seriously, ha!). 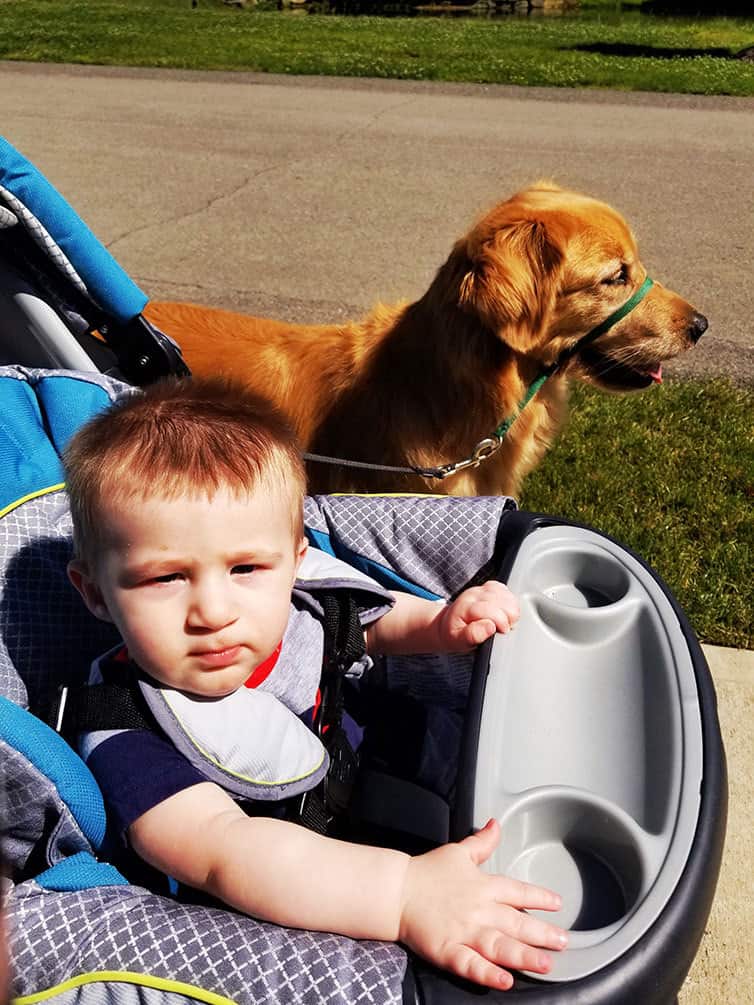