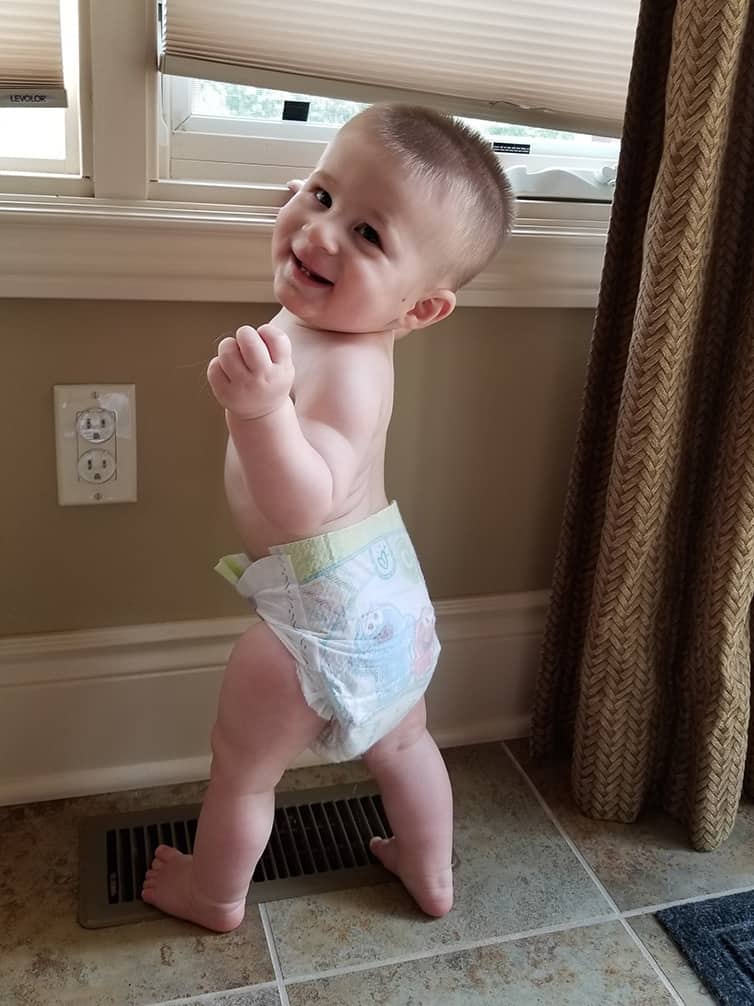 1. Dominic turned 9 months old on Tuesday! I can’t believe how quickly he’s growing, it seems like just yesterday that he was all swaddled up, and yet it seems like he’s been a part of our family forever.

He’s crawling everywhere, pulling himself up on everything, starting to walk behind Joseph’s old push toys, sleeping 11-12 hours straight through the night (actually did 13.5 hours two nights ago!), and loves to play with his big brother. He has such a sweet and gentle personality, and an absolutely infectious smile 😍 He had a great checkup; our string bean is 29.5 inches tall (91st percentile) and 19 lb 2 oz (41st percentile).

2. Joseph’s newest thing lately is that he’s been very intent on being a helper. It is absolutely adorable and I want to gather him up and smother him with kisses. From groceries to filling up the humidifier, making bread, picking up Dominic… whatever it is, he declares himself the helper :) This photo is super blurry but I am in absolute love with it – he’s so proud and so happy…

3. Since we celebrated Duke’s birthday last week, I have gotten a ton of emails and comments about us potentially getting another dog. It’s something we would love to do at some point, but I’m not sure if I have shared it previously or not… when Joseph had his initial allergy panel done, dog dander was one of the very high reactions that he had. He’s never showed any outward signs of a dog allergy like hives or asthma symptoms, but it could be that it exacerbated his eczema.

Luckily, our entire first floor is hardwood and tile, and we run a Roomba every night when we go to sleep, as well as vacuum corners and crevices a couple of times per week, and steam mop. Duke also gets brushed and groomed frequently to keep things under control. We’re hoping that it’s one of the allergies that Joseph will outgrow (and he may have already, we haven’t had him tested again), but for the time being we don’t want to add another dog to the mix to keep any potential issues at bay.

4. Last Saturday night, my friend and I went to the New Kids on the Block, Boyz II Men, and Paula Abdul concert – it was a blast! We went four years ago when they were in Pittsburgh, and as soon as tickets went on sale back in the fall, we snatched them up. A little rundown: Boyz II Men is fantastic live, Paula Abdul was a huge disappointment, and New Kids on the Block put on an amazing show. They were my very first concert when was like 9 or 10 (hello big huge buttons on denim jackets!)! They perform a mix of their old stuff and new stuff, and I’ve been pleasantly surprised both times with how great of a show it is. We had pretty great seats, too! 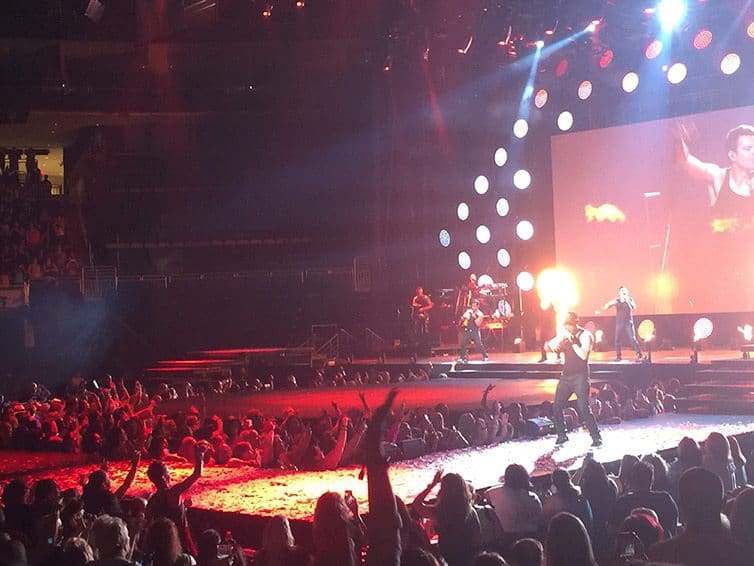 5. I was having some serious chapped lip issues over the last couple of months and none of my usual go-to balms were helping at all… Burt’s Bees, Zum, Sugar Lip Therapy… none of it worked. My lips were cracking, chaffing and peeling… I went to Target and bought like five different things and the ONLY thing that helped and has kept them in perfect shape since is Aquaphor Lip Repair. The stuff is MAGIC! We keep tubs of Aquaphor in the house for the boys, but it was the first time I had used any of their products on myself; I immediately bought tubes to keep in every room of the house, plus my purse and car.

6. Have you heard that they’ve come up with a new “generation”? One sandwiched between Generation X and Millennials – anyone born between 1977 and 1983 is now being termed a Xenniel. I’m smack dab in the middle there (1980), and I think I much prefer the terms Generation Catalano (I lived for My So Called Life in high school!) or the Oregon Trail Generation (computer class in elementary school was just an excuse to try to outrun diphtheria and fjord a river!). I definitely identify more with Generation X than the stereotypical Millennial, though, that’s for sure.

7. We have 10 hydrangea plants along the back of our yard that are in full bloom right now and they’re gorgeous! Last year, we had – LITERALLY – one single hydrangea blossom all year long. Maybe because it was so hot and dry and we’re getting more rain this year?

9. Let’s talk TV! We finished House of Cards this week and wow, did it rumble on towards a wild and crazy finish. Now I’m dying for more and to see what happens (of course).

Since we finished House of Cards, we tried a new show that we’re both loving – Broadchurch. It seems we really enjoy BBC crime and mystery shows, ha! It’s really well done, and, although we’re only a few episodes in, totally riveting, as well. 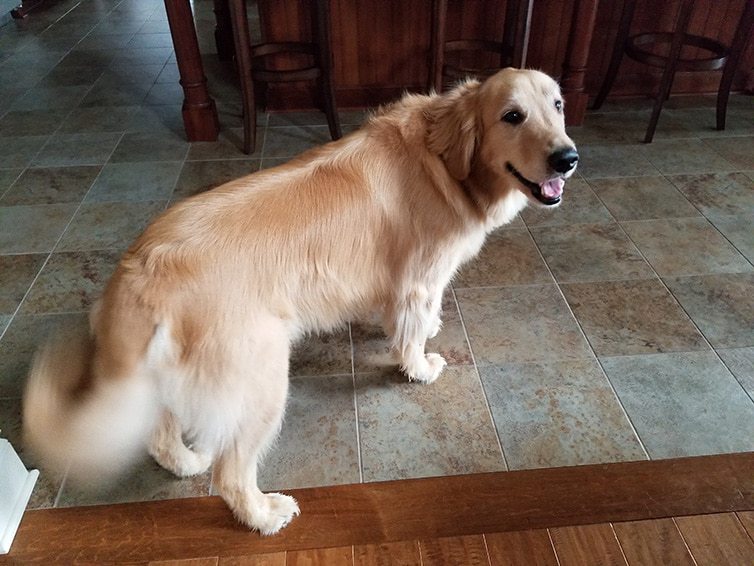