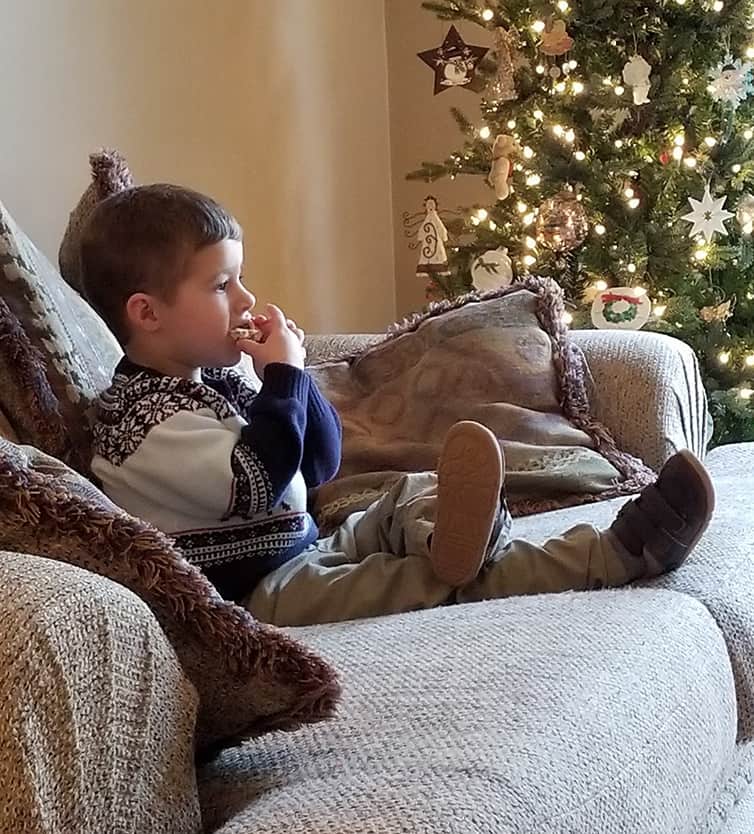 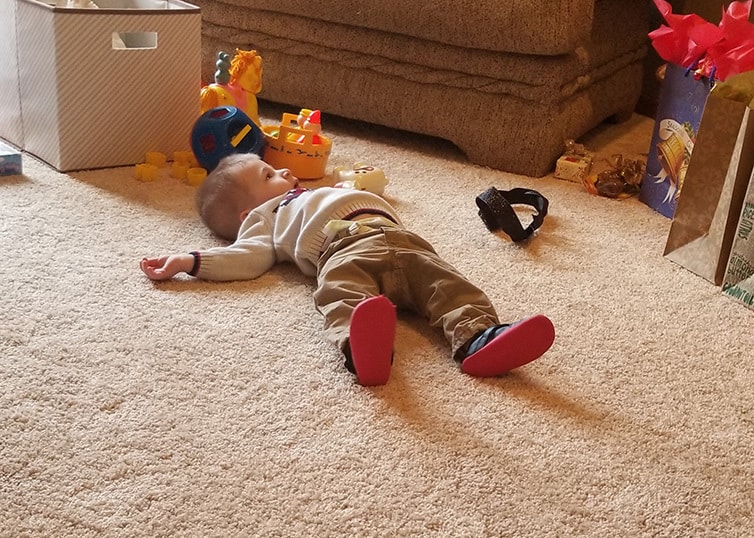 1. We had a great holiday season with the boys; lots of time with family and playing with new toys (and Dominic has totally mastered holiday-ing, HA). We also discovered a work around to their usual early bedtime… both of them are typically asleep by 7pm, which is great on normal days, but having to be out and about for holiday stuff makes it a little bit harder. If we leave somewhere late afternoon, they’re guaranteed to fall asleep in the car, probably too close to bedtime, and then it’s a disaster when we get home. Our solution (which is probably not new to anyone with kids, but it was the first time we did it) was to stay where we were (my mom’s on Christmas Eve and my in-laws’ on New Year’s Day) until about bedtime, then change the boys into their pajamas before we left. On cue, they both passed out in the car, but it made it super easy to just carry them right into bed when we got home. SO. MUCH. EASIER!

2. How was your New Year’s? We had a super low key night – watched Netflix and went to bed when we normally do (around 10:30) – there was no way we were going to make it to midnight!

3. Last year I threw around the idea of doing a monthly challenge for us all to tackle together, and I’m happy to report it’s definitely happening! I plan to post them on the first Monday of the month, so be on the lookout Monday for the first one of the year… I’m so excited to tackle new projects in the kitchen with you!

4. I’m not going to lie, I’m totally jealous of all the snow everyone on the east coast is getting; I’d love a nice big snow storm here! That being said, I hope everyone in the storm’s path stays warm and safe. We have some crazy wind chill warnings here and every single school had already closed as of early yesterday morning. A good weekend to hunker down at home!

5. Since it’s bitter cold and snowy in so many places right now, you should totally whip up a big batch of my father-in-law’s famous meat sauce and enjoy some good old comfort food, then freeze some for later!

7. So apparently Oregon is a state that has traditionally not had self-serve gas stations, but they just changed a law where they are now allowed in some areas, and people are not happy. I guess I’ve taken for granted pumping my own gas since I got my driver’s license; I’ve never thought that it was crazy or not the norm!

8. I came across a new hair tutorial YouTube channel – Fancy Pants Hair – and love it. I need all the help I can get, ha!

9. I think I’ve mentioned it before, but have you watched Peaky Blinders on Netflix? We discovered it right before Joseph was born and LOVED it. The most recent season just got released to Netflix and we finished it in less than a week.

10. TGIF! I hope you have a warm and toasty weekend!