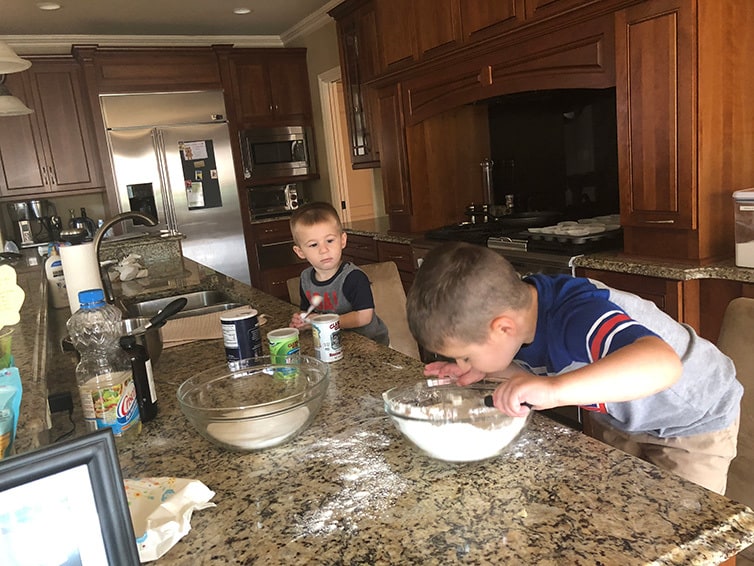 1. The boys and I made banana muffins while Isabelle napped this week. Joseph has actually gotten to the point where he can do a lot of the little tasks – he lined the pans with paper liners, mashed the bananas, whisked together the dry ingredients, stirred the banana into the wet ingredients, and he counted how many muffins we had :) Dominic was mostly interested in playing drums with the measuring spoons and banging the baking powder and baking soda cans together, but he loved being included :)

2. Isabelle, my little chub muffin, continues to be a dream baby, and is already busting out of her 3-month clothing! Most of it still fits well enough to wear, but she is getting longggggg for the tops. So, online shopping I go! 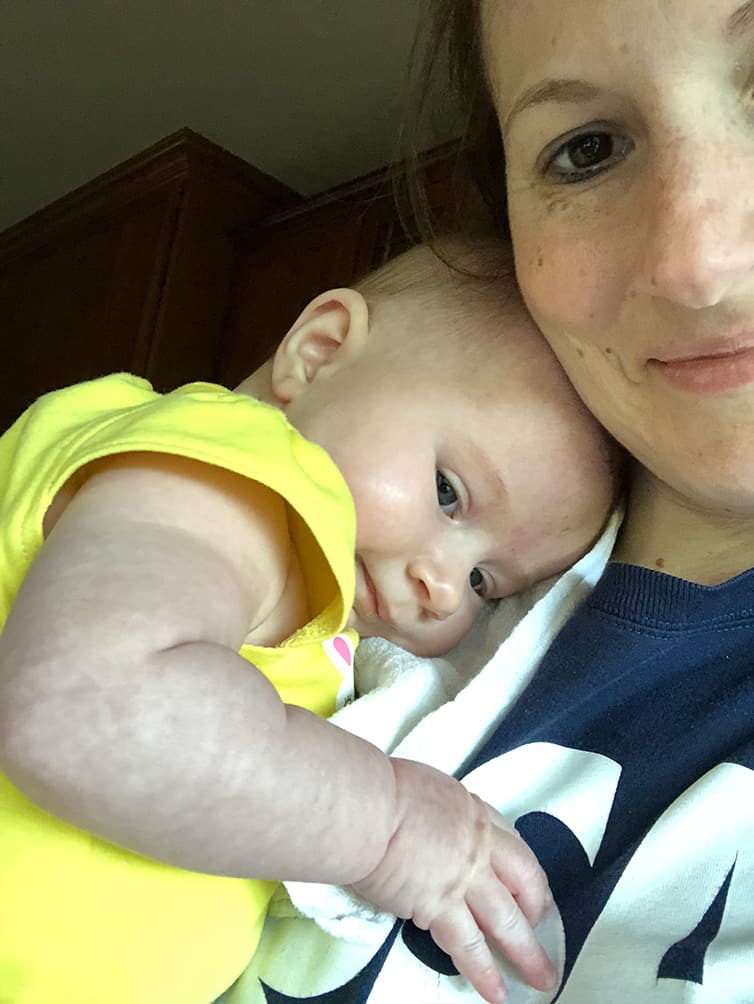 3. Do you like thin or thick bath towels? When we were kids and would stay at my grandma’s, she always had crazy thin towels and we asked her how she could use them they were so thin, and she said that the thick ones didn’t dry her off well enough. Well, fast forward 30 years and apparently I have turned into a 75-year-old woman because our towels are sort of middle of the road in terms of thickness, but I used an ultra thick one from our guest stash recently and… I was not a fan. It, in fact, DID NOT dry me off well enough. You win, grandma.

4. So, are Instant Pots still all the rage? Confession: I have only used mine once. I’ve been absurdly lazy about trying to find recipes to use for it, and right now it has fallen into the category of ONE MORE THING TO DO.

5. Did you shop Amazon’s Prime Day? I did not, but I heard there were a ton of amazing deals (as well as a major glitch)… what did you buy?

6. Have you seen these amazing plates of food a mom makes for her kids? I mean, they’re so cute, but it would take me approximately four days to make one meal. And then my kids probably wouldn’t eat any of it.

7. This week I finally got back to the dermatologist for a checkup after neglecting them for far too long due to approximately four years of pregnancies and newborns. Two small things removed, and something else to check off my never-ending to-do list. Brownie points for being a grown-up.

8. My husband found some old Mr. Roger’s Neighborhood episodes online and we played a couple for the boys this week. Such a wonderful breath of fresh air compared to what’s on TV now! Joseph was enthralled and had a massive smile while Mr. Rogers was talking directly to the camera.

9. I’ve seen this article on the dangers of distracted parenting in so many places within the last few weeks. It’s a long but fantastic read.

10. TGIF! I hope you have a fantastic weekend! 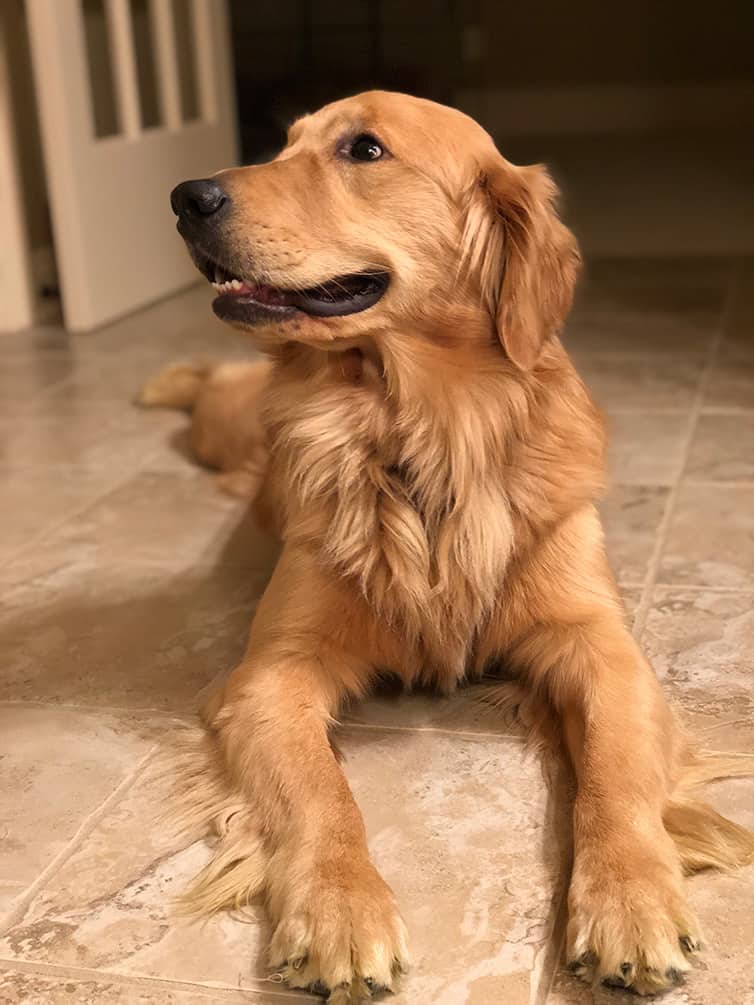