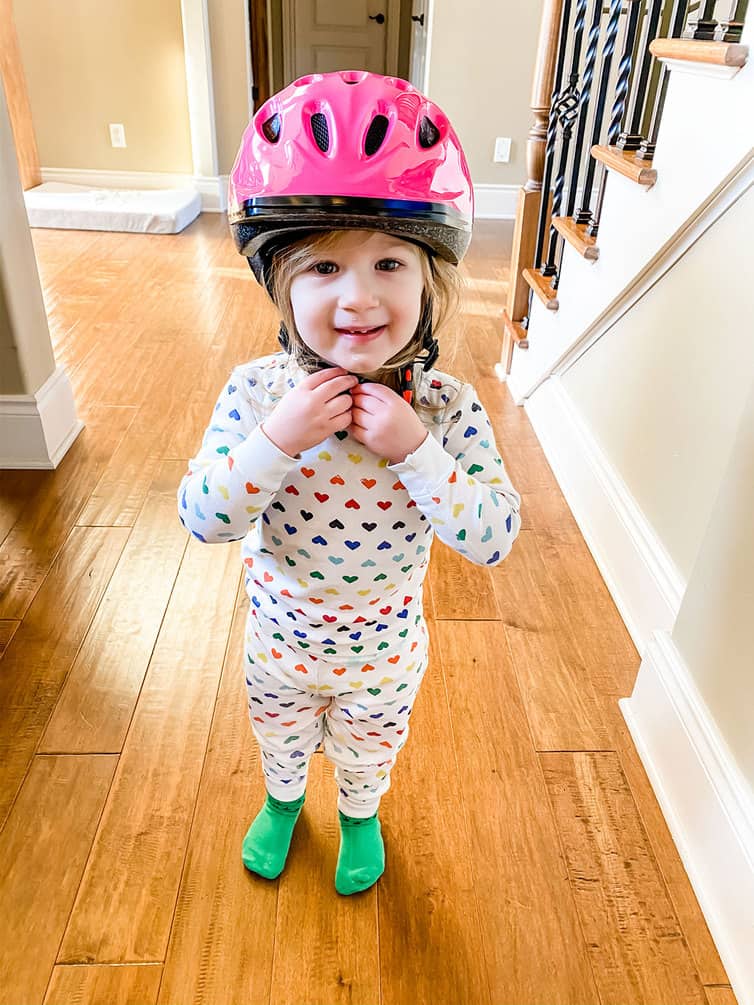 1. Isabelle’s 2nd birthday is on Monday! We’ll obviously just be celebrating at home with the five of us, but she got an early birthday present delivered yesterday morning and basically has not taken the bike helmet off ever since. She’s been begging to ride a bike, so now she can! Just has to get the peddling down on the tricycle ;-)

2. Dominic could do puzzles all day, every day. I LOVE this about him! He gets so focused! 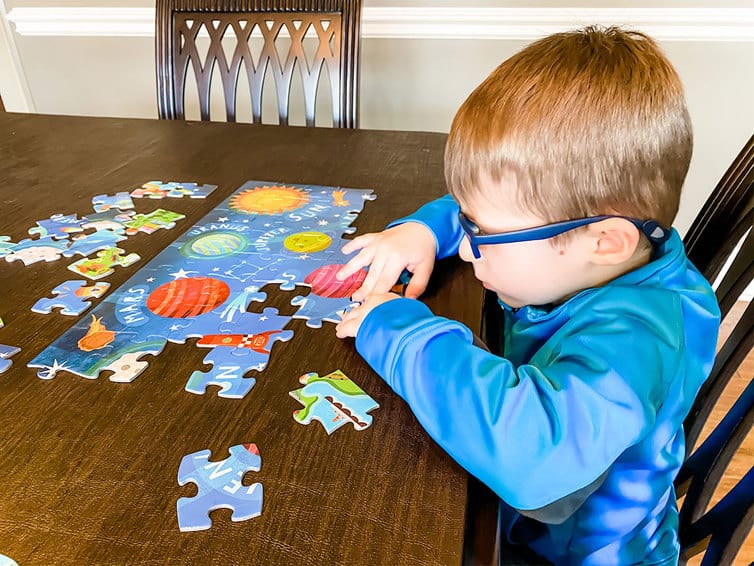 3. Joseph learned about patterns during his school session on Zoom yesterday and spent a bunch of time throughout the day putting things around the house in patterns. I love, love, love how much this boy loves learning. Being able to watch him watching the teacher, absorbing it and applying it is so special. 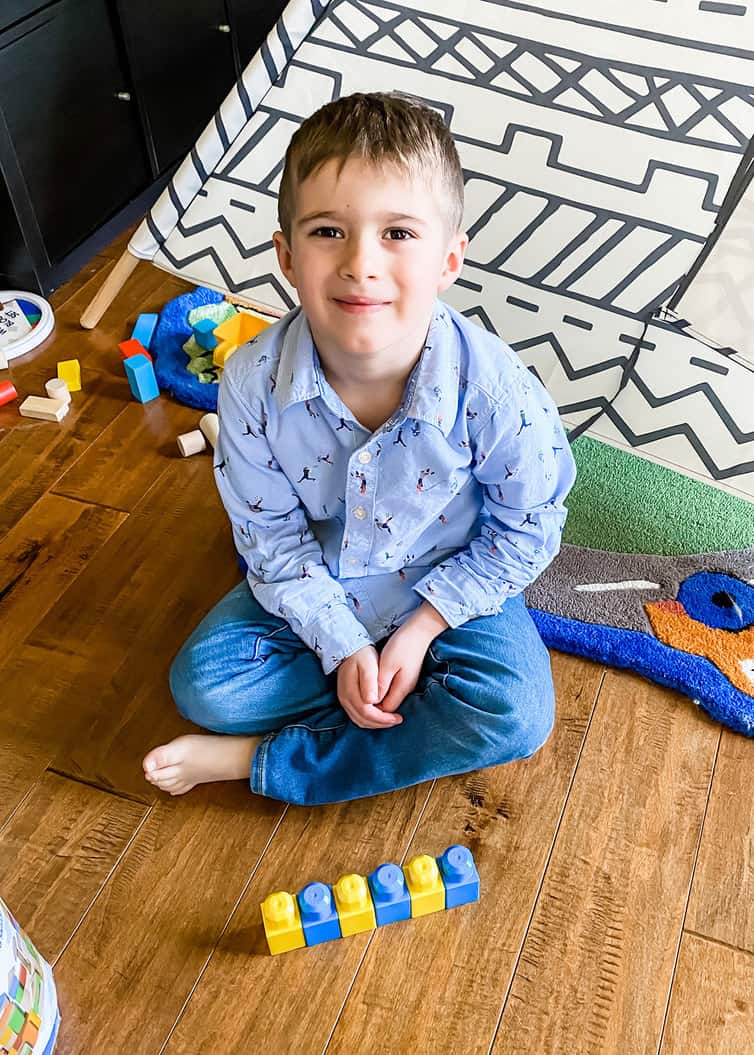 4. We are currently on Day #24 of quarantine and I have put on jeans (aka “real pants”) exactly four times. Living my life in Beyond Yoga and Zella leggings ❤️️

5. On a related note, my skin should be FANTASTIC by the end of this because I have also not worn any type of foundation (not even tinted moisturizer!) since we began our self-isolation. Some days I put on concealer, a little cheek tint and mascara, but that’s it.

6. I started working again on the rainbow blanket I began when I was pregnant with Joseph. Carpal tunnel halted my efforts and then it just got put on the back burner; I thought now was as good a time as any to get back to it! Like riding a bike! I had already crocheted all of the color squares; now I’m putting the white borders around them and then need to assemble. 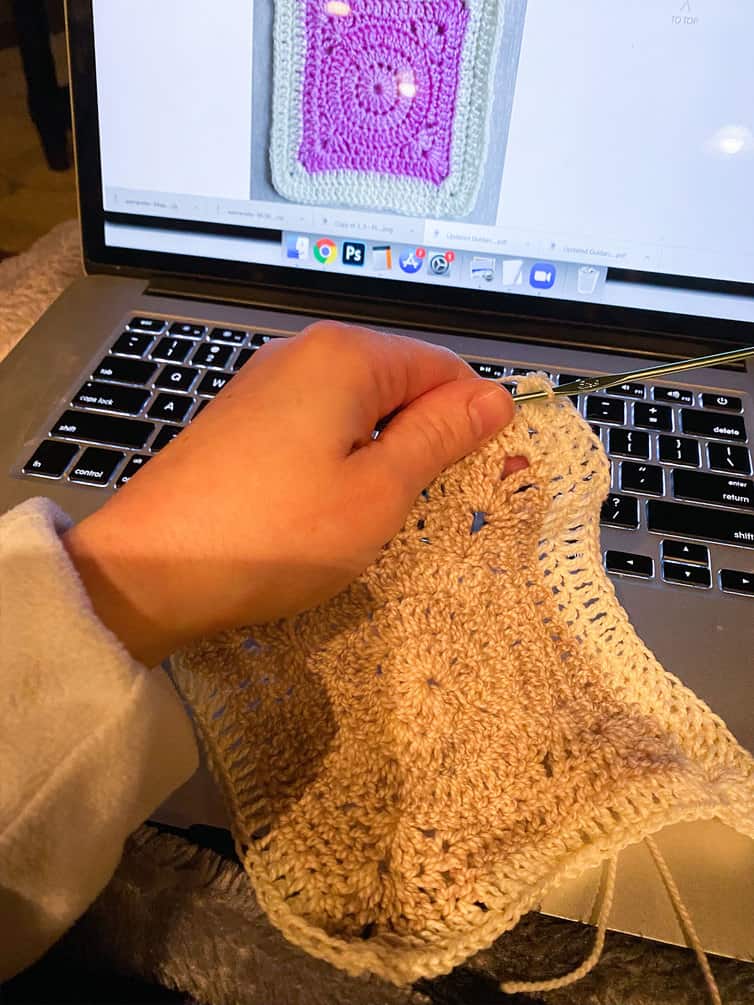 7. Another project I started – a 1,000 piece puzzle! I love puzzles and can’t remember the last time I did a big one (maybe 10 or 15 years ago?); I grabbed this one on clearance at Michael’s when I was buying supplies for Joseph’s birthday party. It was a total impulse purchase, but now I’m glad I have it! We’ll see how long it lasts on the dining room table without getting wrecked by little hands ;-) 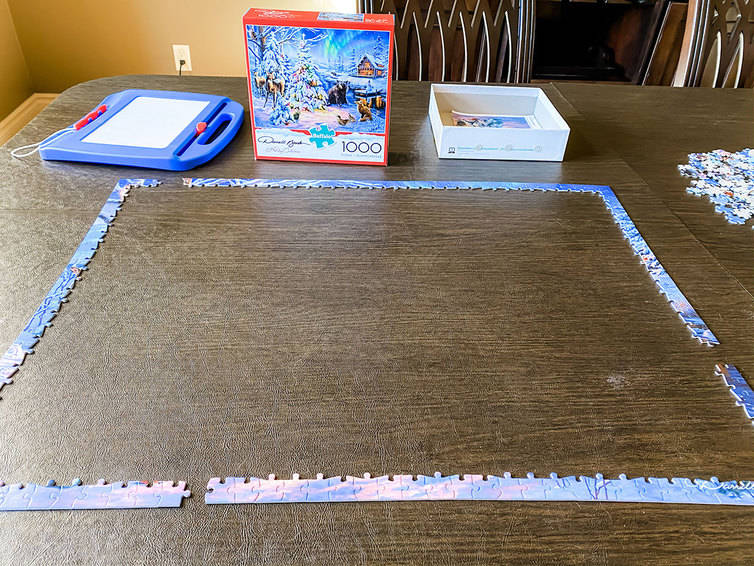 8. We resurrected the teepee that used to be in the basement when Joseph was a toddler and put it in the playroom. The kids pretended it was a rocket ship and suited up like astronauts for their trip to the moon ;-) 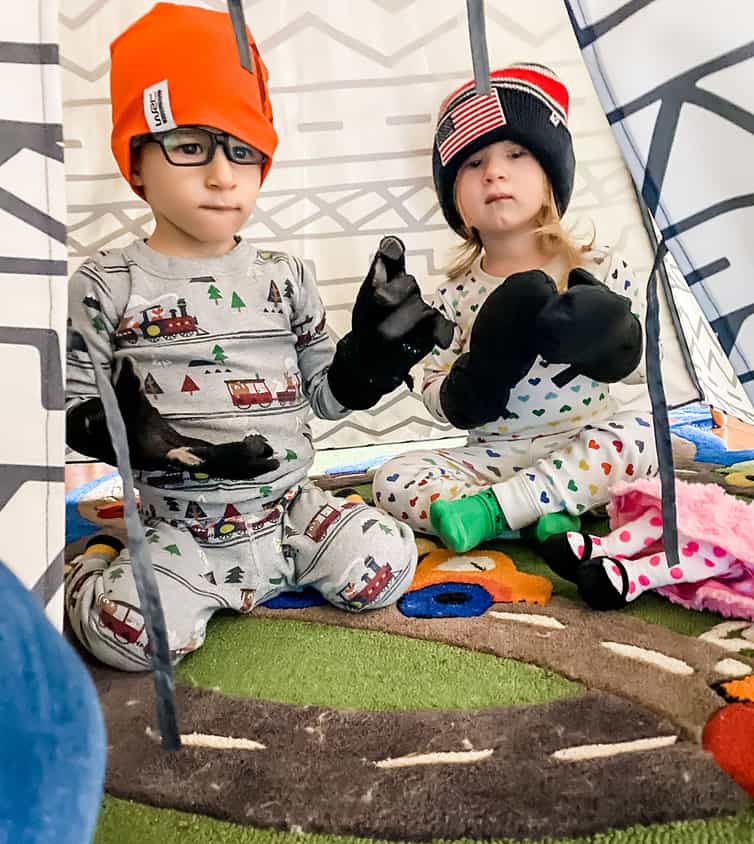 9. Currently watching: Vikings on Netflix. It took a while for me to warm up to it, but now I’m into it. What are you watching? 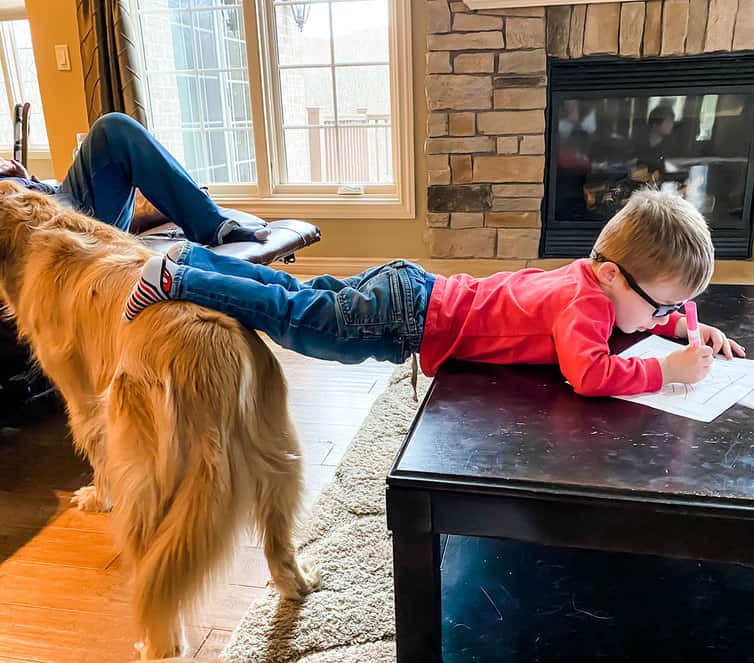