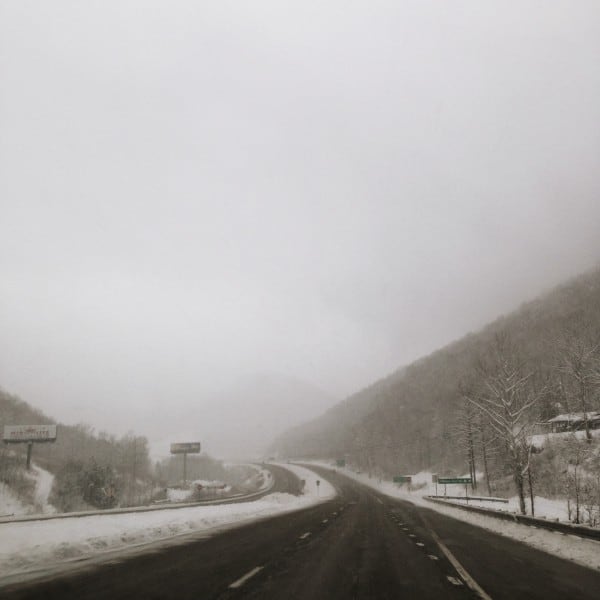 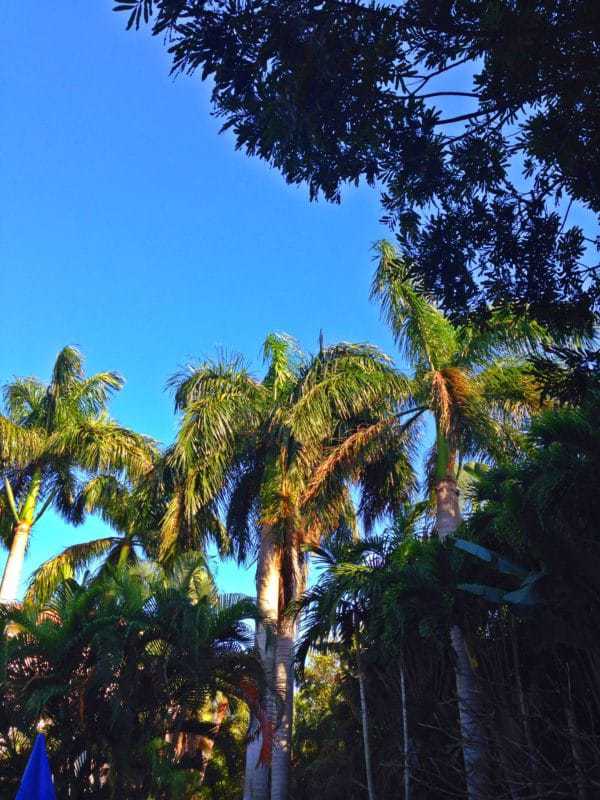 From two feet of snow on the ground to clear blue skies and a warm, almost 80-degree sun. To say that it was a breath of fresh air would be an understatement.

2. Getting to south Florida was not without incident, however… after navigating some treacherous roads in North Carolina and only 30 miles away from a hotel for the night, we were on the brink of having to spend the night in our car in a rest stop parking lot. A tractor trailer got stuck on snow and ice on his way back onto the highway, and none of the 40+ cars trying to get out behind him could get around or back up, due to the snow. I had a mini panic attack, and then my Chief Culinary Consultant and I played Trivial Pursuit on my iPad for nearly two hours while we waited (side note: I am so, so bad at that game!). Finally, after people emerged from cars and trucks with things like chains and shovels, the truck was set free, as were the rest of us. I’ll never think of a “quick rest stop” the same again!

3. The memorial services for my CCC’s grandfather were beautiful. On Saturday, we gathered with family and friends in the community where he lived for a service and luncheon, then on Sunday about 25 of us went out on a chartered boat for his final service. I’m glad we were able to make the trip down and spend time with his family, and enjoy some wonderful weather as well. It is great to be back home, though… we missed our pups so much! Also, is it just me, or is one of the best parts of coming home from a trip taking a shower in your own bathroom? It feels so good after showering in a hotel for a number of days!

4. I snapped this sunrise from our hotel window in North Carolina on our way back home, and I can’t stop staring, it was such a beautiful sunrise! 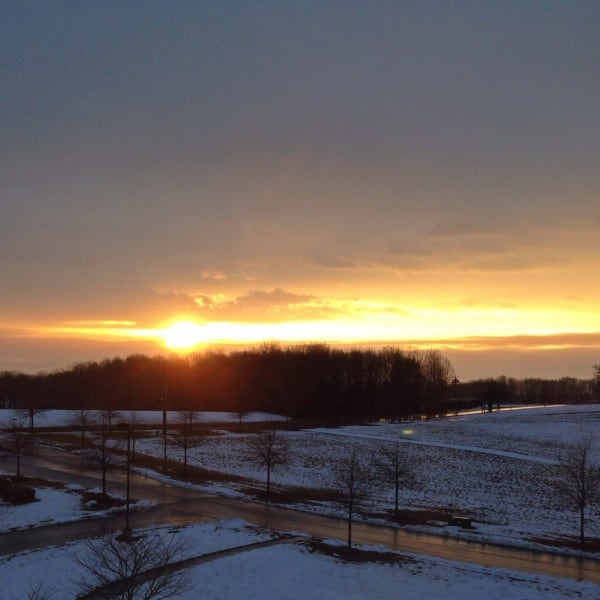 6. Have you been watching the Olympics? We were able to catch a little of the primetime coverage back at the hotel, and lucked out that we could see both of the U.S. men’s hockey games on Saturday and Sunday before we had to leave the hotel for the day. Thanks to the NBC Live app (seriously, best idea EVER), we could also stream the quarterfinal hockey games on the way home Wednesday.

I watched the women’s gold medal game yesterday and would be lying if I said I wasn’t bummed that the U.S. ladies couldn’t pull it off. I’m on pins and needles waiting for the men’s U.S./Canada semifinal game at noon today! I will be glued to the TV!

Other than hockey, I’ve enjoyed watching skiing and snowboarding, speed skating, and figure skating. Basically, all the things that I would be terrified to do myself :) 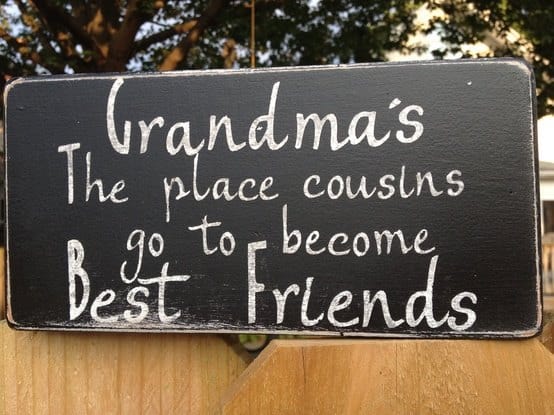 8. I love this Field Guide to Procrastinators that Mashable posted earlier this week: 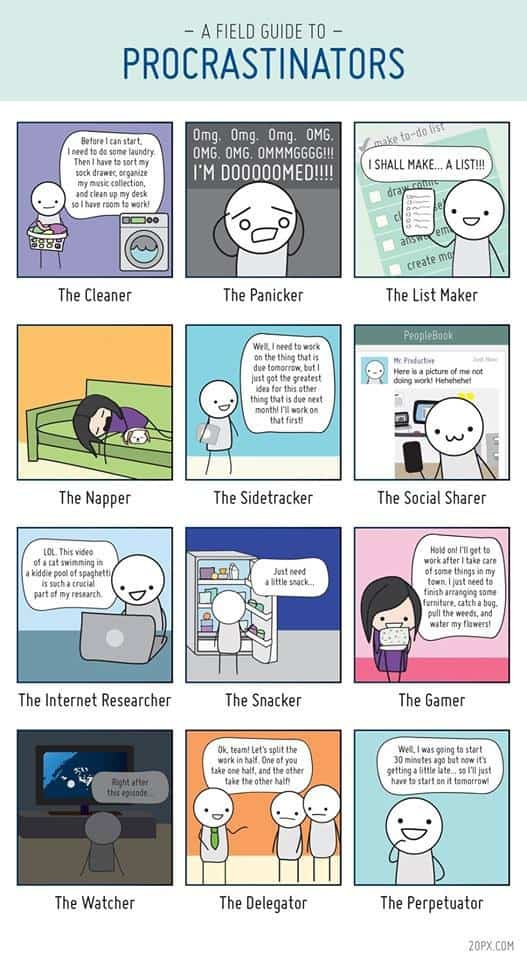 I am definitely The Cleaner, The List Maker and The Snacker (that last one is shocking, I know!).

9. I can’t wait for The Americans to start back up next week! Since Boardwalk Empire and Homeland ended their seasons in December, I’ve felt like a rudderless ship when it comes to TV shows. I’ve been seeing a lot about the Netflix series House of Cards lately; I’ve never seen it – have you watched it? Is it any good? 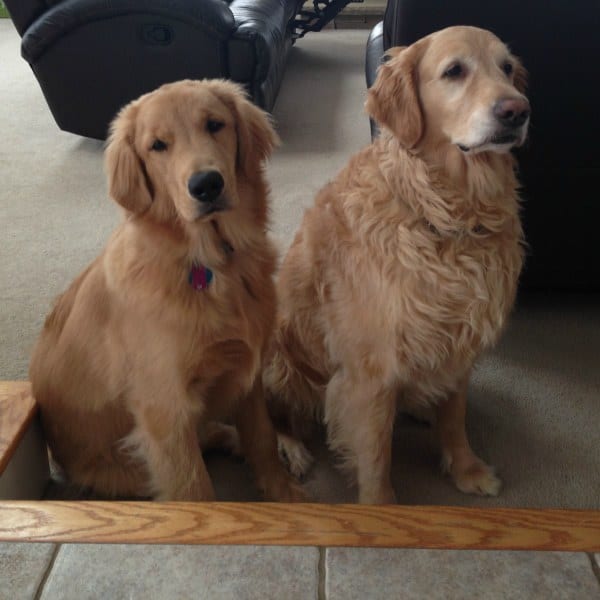