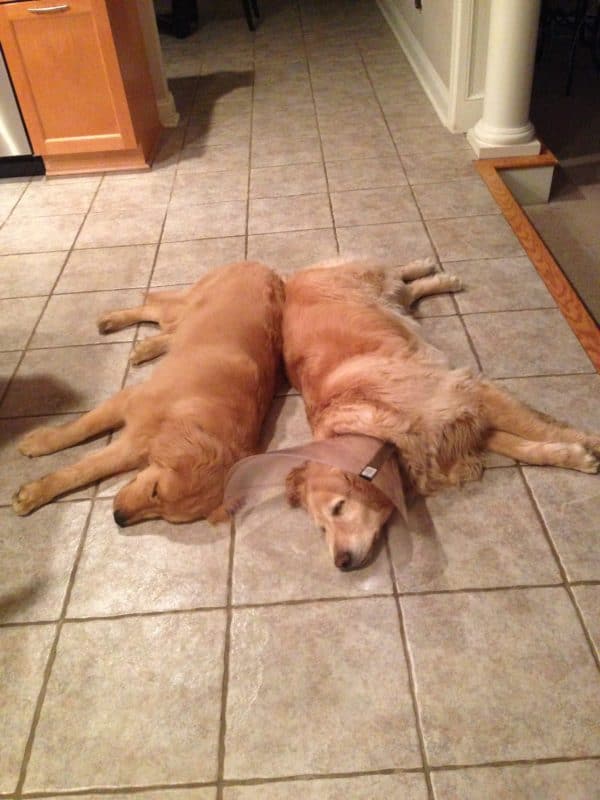 1. Duke and Einstein on Easter night, totally tuckered out from a day spent at my mom’s. I wanted to eat them up they looked so adorable sleeping against each other!

2. Our patio was completed this week! We absolutely love it, and can’t wait to get our furniture in place and get our first fire going. I’ll definitely be sharing more photos once everything is set up!

3. For my birthday last month, my mom bought me a Clarisonic Pedi Sonic, which had been on my wish list for months. I don’t have awful feet, but standing for the majority of most days had left me with some cracking around my heels. I wanted to wait to review this until I had put in a good amount of time with it (the packaging says you will notice results in two weeks), and frankly… I love it! I use it each day after I shower (it takes only 5 minutes), and my feet, heels especially, are like night and day! Highly recommend!

4. Have you seen the Brian Williams “Gin and Juice” rap that’s been circulating this week? This is the result of some creative editing over at The Tonight Show, HYSTERICAL!

5. Einstein is still rocking his cone, poor guy. I had him at the vet last Saturday because I thought I felt a bump on his ear near where the drain is, but it turns out it was a nasty buildup of all the stuff that’s been seeping out. The vet cleaned him all up and said things look great; he finally gets to have the drain removed on Tuesday! Hooray!

6. I somehow ended up on the other side of Easter without eating a single Reese’s peanut butter egg or jelly bean. Totally ludicrous.

7. My Chief Culinary Consultant and I started watching a new show on AMC – Turn, which is based on what is considered to be the first spy ring during the Revolutionary War. We’re also still going strong on The Americans (yay spies!). I adore Keri Russell (I have ever since Felicity), and every time I watch The Americans, she makes me want to go on a diet, but I’m usually watching while eating dessert… Sooo… yeah.

8. Have you seen any of the movies that were big during the awards season? American Hustle… Dallas Buyers Club… The Wolf of Wall Street… Captain Phillips… ? We’ve officially hit a movie dry spell and I would love to hear if you think they (or any others) are worth watching!

9. Don’t forget to enter the NatureBox giveaway, which ends tonight; two winners will each receive a 6-month subscription to NatureBox!

10. TGIF! Duke continues to be a good little brother and makes sure Einstein’s ear is doing okay :) 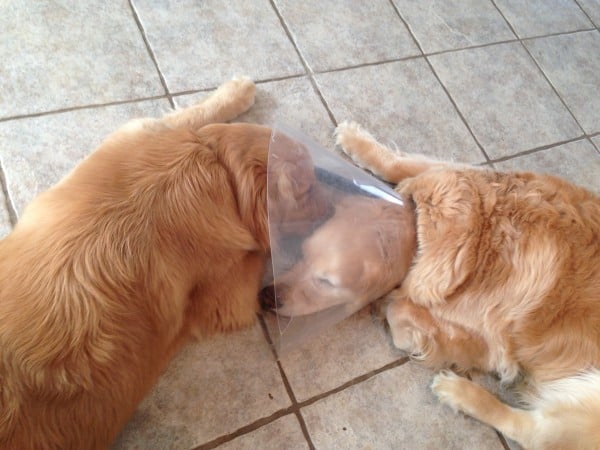