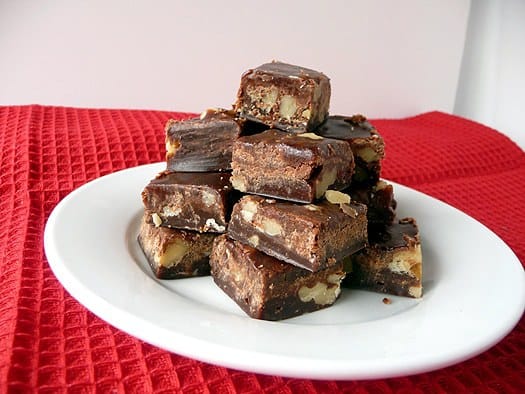 Last year the cool weather was refusing to go away and I was daydreaming about sunny days at the beach. And you can’t go to the beach and not enjoy some fudge. At least I can’t. And then I realized that I had never actually made fudge. Shame on me! So I whipped up a batch using a quick and easy fudge recipe that included sweetened condensed milk. It was really good, but I vowed to make honest-to-goodness, old-fashioned fudge around the holidays. That was last year, and the fudge never happened. That would make my deadline quite overdue at this point. Which means one of my very first priorities once the turkey leftovers made their way into the freezer was to grab a wooden spoon and whip up some fudge! 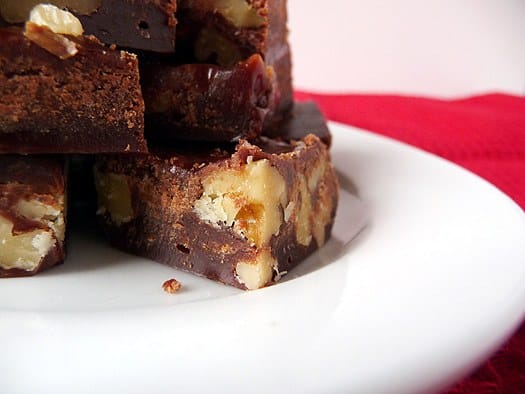 This definitely takes longer than the quick version and demands a little more attention (as well as a candy thermometer) but I think it comes much closer to the flavor that you find at all of those little fudge shops perched up on the boardwalk. Nothing beats that mixture of salty ocean air dancing around in circles with the intoxicating fudge smell. As the snow starts to fall here, I’ll eat my homemade fudge and daydream about dipping my toes in the sand in another few months.

And I’ll probably wrap some of this up in pretty little packages and give it as gifts. While I watch Elf. ‘Tis the season!

One year ago: Chewy Oatmeal-Raisin Cookies[/donotprint] 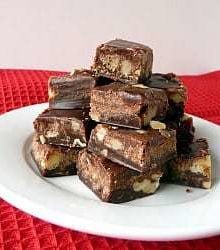