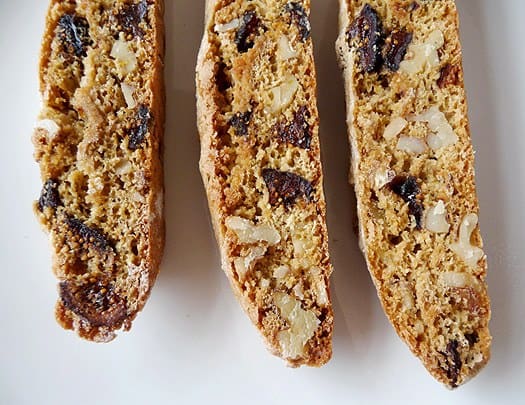 I’m Italian and so I have eaten my fair share of biscotti. In fact, I probably ate more biscotti by the time I was 10 years old than most people eat in their entire lives. My grandma made weekly batches and would keep them in cookie jars and tins around the house. Anytime someone visited, she had something to put out with coffee. And we spent a lot of time at my Grandma’s. I never liked coffee, but I started dipping biscotti when I was a kid. It’s the only time coffee tastes good to me. And these biscotti? I think they’ve officially moved into #2 in terms of my favorite biscotti ever. First are ones made with anisette. Not anise – anisette. My grandfather used to put a shot of it in his coffee and biscotti flavored with anisette and then dunked in coffee? Sublime. Oh but these, these are my new favorite. And they are definitely worthy of packaging up and gifting for the holidays. 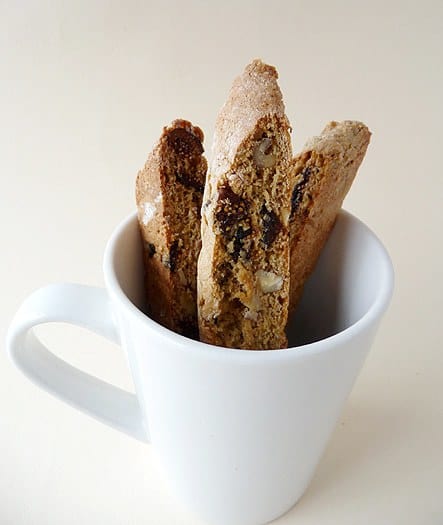 The biscotti dough is flavored with orange zest and anise seed, and copious amounts of chopped dried figs and walnuts are mixed in. I am an absolute fig nut. I love them. It’s the reason that cucidati are one of my favorite cookies and why I immediately jumped at a fig-almond cheesecake on a restaurant menu. Anytime I see a recipe with figs I immediately want to make it, and these biscotti were no exception. I also love these because they are a somewhat different texture than I’m used to. Most biscotti I make are toasted and crunchy; while these are also twice-baked, they retain a soft texture making them a little closer to an actual cookie.

If you like figs even a little, you will absolutely love the flavors in this recipe! 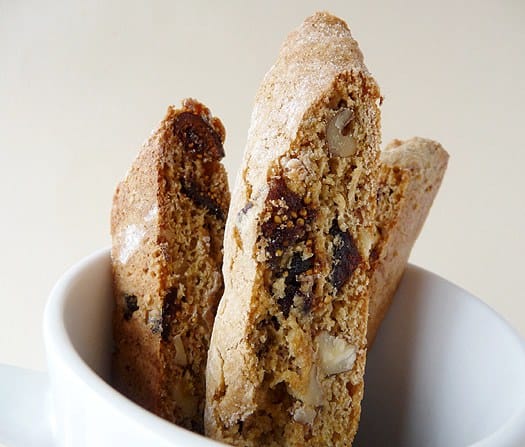 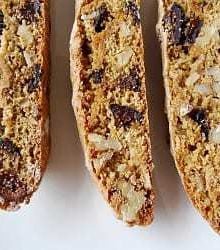 66 Comments on “Fig and Walnut Biscotti”