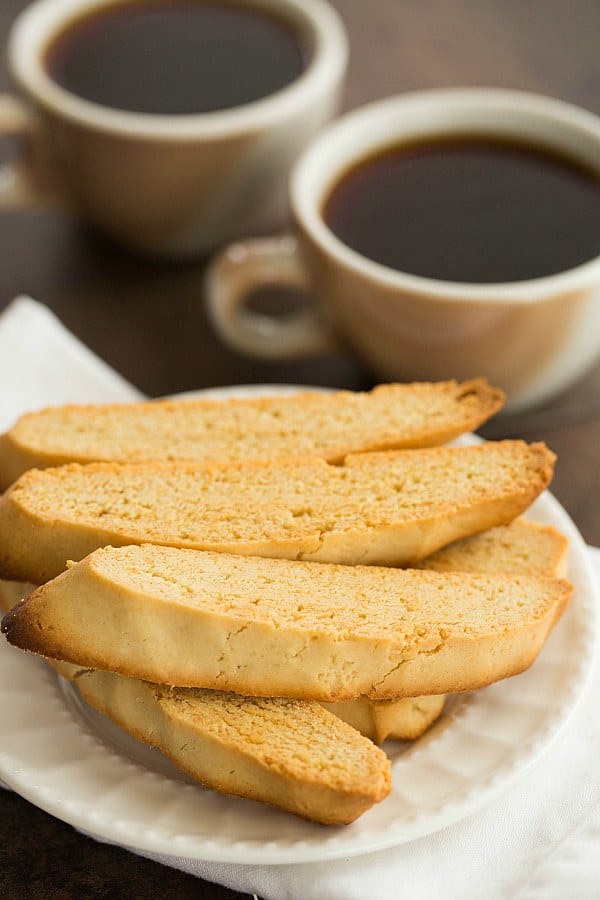 Most of my grandma’s recipes are written like stereotypical grandma-style recipes. There are a list of ingredients and if you’re lucky, most of them will have quantities next to them, but inevitably, some do not. Since my grandma passed away a little over two years ago, my mom and I have taken turns going through her stack of recipes. Her biscotti recipe, in particular, was treasured by everyone in our family. Growing up, I don’t think there was ever a time that I went to her house and her ceramic cookie jar wasn’t filled to the brim with biscotti. If you just so happened to reach in and grab the last one, not to worry… Grandma would tell you to “go over there on the steps and grab the big tin, there are more in there.”

Because, of course there were. That’s how Italian grandma’s roll.

Unfortunately, none of us ever baked right alongside my grandma when she made her biscotti (they always magically appeared!), and her recipe was rather cryptic – no amount of flour, no oven time, no flavoring amount. Last Christmas, my mom and I tackled the trial and error project of getting the recipe as close as we could. After a few different batches, a lot of dough-feeling and experimenting with flavorings, we finally nailed it! 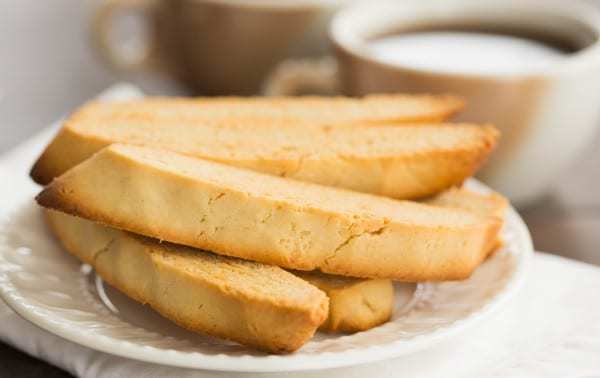 One of the unique things that my grandma did with her biscotti was to use butternut flavoring as opposed to the traditional anise. I personally love anise, but my extended family is split at best on it, and I think more people than not dislike it. Since she always aimed to please, my grandma stopped using anise and adopted the vanilla butternut flavoring, which became her signature biscotti flavor. My grandma would buy the imitation vanilla butter & nut flavoring from the small grocery store in her town, but if you want to amp up the flavor, you could buy pure vanilla-butternut flavor from King Arthur Flour.

The other thing the family had always been split on was nuts. Some loved chopped walnuts in the biscotti, while others wouldn’t touch them if they had nuts. Again wanting everyone to be happy, my grandma would make half of her batches with nuts and the other half without. When you make these, feel free to throw them in or leave them out, or use your favorite nut. 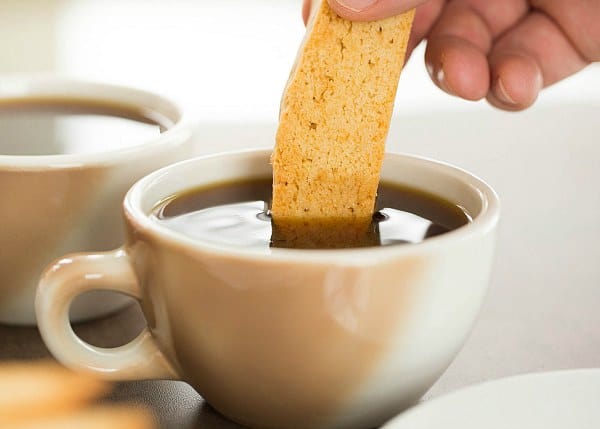 When I was younger, I would often pour myself a half cup of coffee, then sit at the table and dunk, dunk, dunk. I’ve never been a coffee drinker, but to me, there is no better way to enjoy a good biscotti than by dunking it in a cup of coffee.

I wish my grandma were still around and we could sit at her dining room table or mine and chat over a plate of biscotti and cups of coffee. One day. 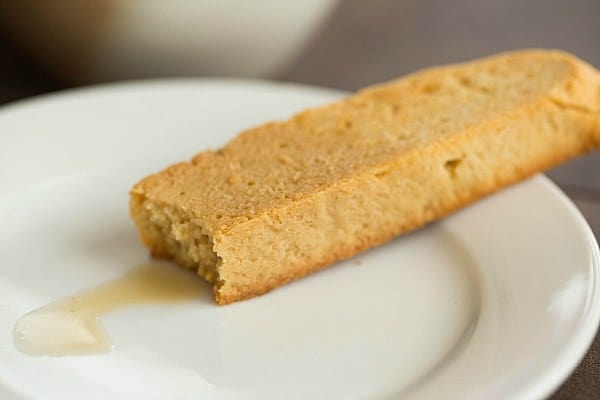 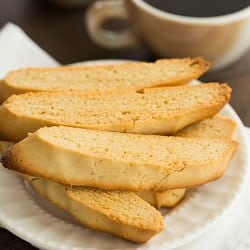 Print
3.6 from 5 votes
Did you make this recipe?
Leave a review »

« Previous PostFriday Things
Next Post » The Basics of Weighing Ingredients 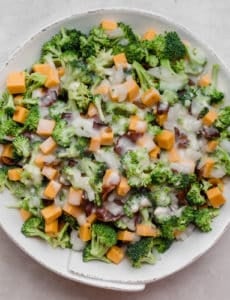 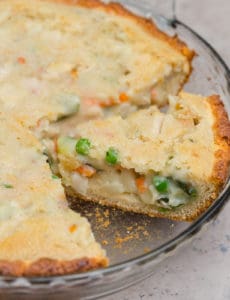 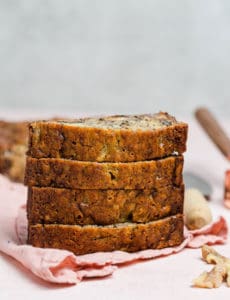 83 comments on “My Grandma’s Biscotti Recipe”