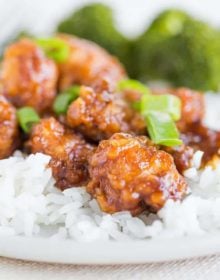 This homemade version of General Tso’s Chicken is the closest recreation I’ve ever found! If this is one of your favorites when you order Chinese takeout, you HAVE to try it at home! 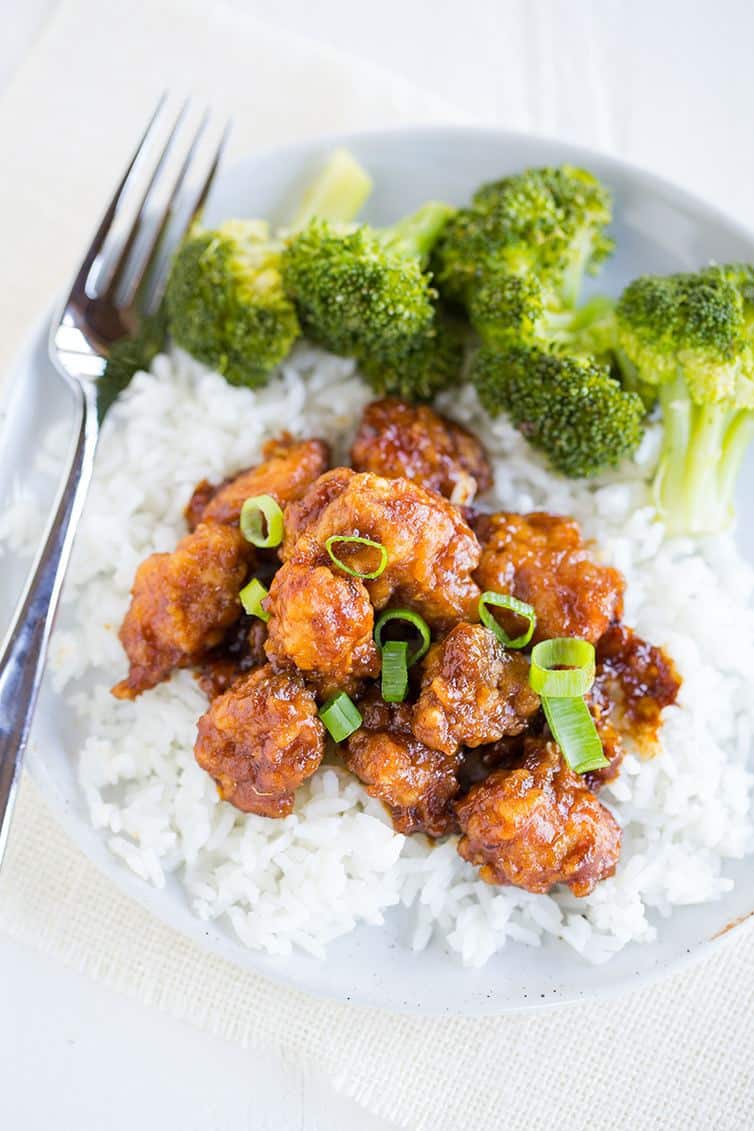 It wasn’t until I started dating my husband that I really started to fall in love with Asian cuisine. He introduced me to Thai, sushi, and amazing Chinese takeout. Most college kids rely on Chinese take out to get them through cram sessions and heartache, but I was always more of a pizza girl. I leaned on Domino’s and the local favorites.

I, of course, had tried Chinese before, but was never crazy about it. All of that changed when I started spending time at my husband’s place on the weekends. When he first mentioned ordering Chinese and I said that I had never found something I really liked, he said I had to get General Tso’s, and that I would love it. He knows me all too well, because I absolutely adored it. Between the crunchy, battered chicken, the thick sauce, and the generous amount of spice, I was completely smitten. It soon became my favorite take out option, and I found myself craving it.

We had talked about trying to make it at home, but it took me a long time to find a recipe that I thought sounded authentic enough. This one absolutely nails it, and we both love, love, love it. 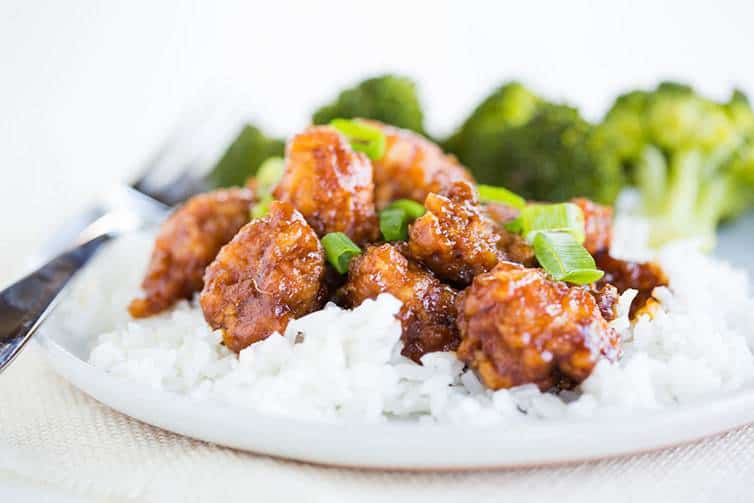 I was most worried about the chicken breading having that characteristic thick, crunchy coating that is so typical of General Tso’s. That was definitely achieved, thanks to including just a little bit of the marinade in the dry batter ingredients. Genius! Everything else came together perfectly. As I cooked the sauce, I couldn’t believe how absolutely identical it smelled to the General Tso’s sauce I have come to know and love. Once everything was finished and we dug in, we hardly spoke a word, except to grunt and groan about how phenomenal the food was. And how much it really did taste like General Tso’s chicken.

I like to serve this with simple white jasmine rice and steamed broccoli to replicate the takeout experience, and it’s absolutely delicious. If you’ve never used jasmine rice, you have to give it a try! The first time I made it, my husband asked what I did differently to the rice (nothing!) because it tasted so much better than “regular” rice.

This is significantly easier than you might think and doesn’t involve too much prep time, so if you have a hankering for General Tso’s chicken and want to give it a try yourself, you cannot go wrong with this recipe! 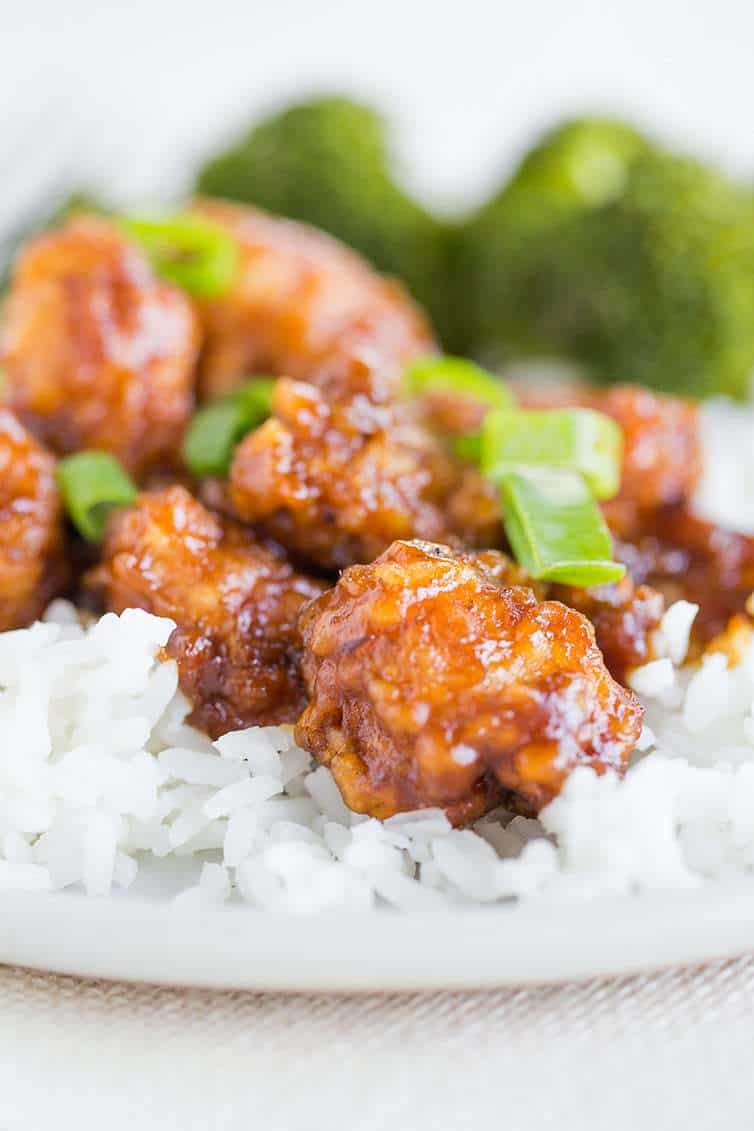 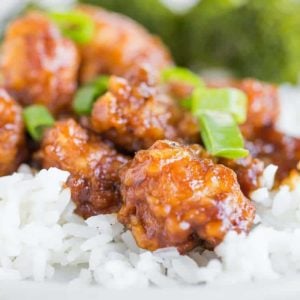 Yield: 4 servings
Prep Time: 45 mins
Cook Time: 15 mins
marinating time: 30 mins
Total Time: 1 hr 30 mins
A homemade recipe for one of the most popular Chinese takeout dishes. Not as difficult as you would think and SO delicious!
4.20 (21 ratings)
Print Pin Rate

For the Marinade & Sauce:

This recipe was originally published on April 16, 2012.