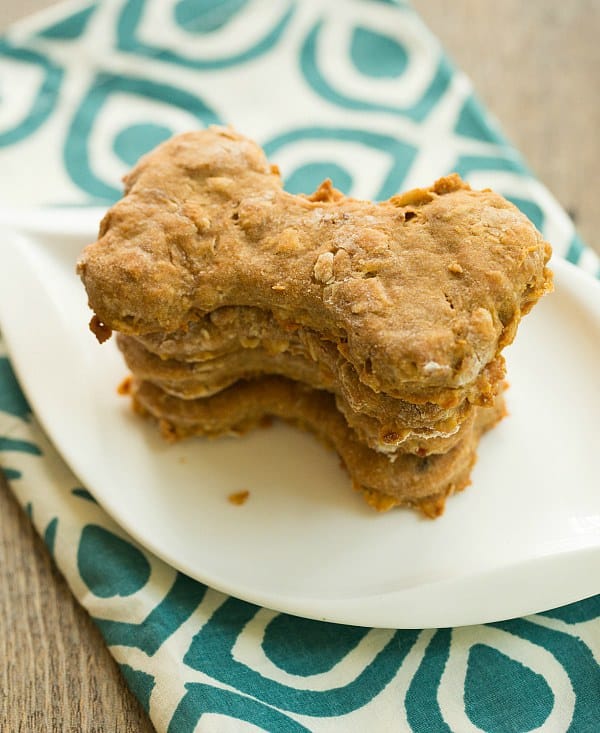 I can’t believe he’s already a year old, and it’s been just 10 months since we brought that fluffy 7-pound puppy home with us… 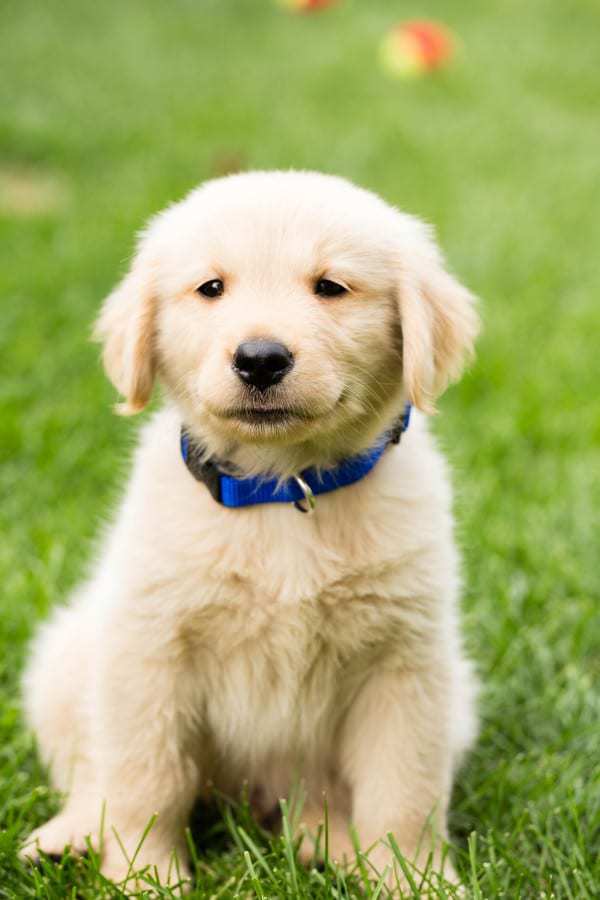 Duke has definitely become his own dog and forged his own path in this house. He and Einstein could not be any more different…

– Duke loves to lead and be in charge, while Einstein is perfectly happy being a follower.

– Einstein will steal your last meal on Earth without so much as a second thought, while Duke really couldn’t be bothered with food.

– Duke definitely got the fearful gene and hates unfamiliar objects – a vacuum cleaner, umbrella, anything that has appeared that was not previously in place. Einstein totally goes with the flow. Thank goodness, though, that neither of them are at all bothered by thunderstorms!

– Einstein loves to chase tennis balls, but will never drop them or return them, while Duke picked up on the return/drop thing super early. He’s a blast to play fetch with! 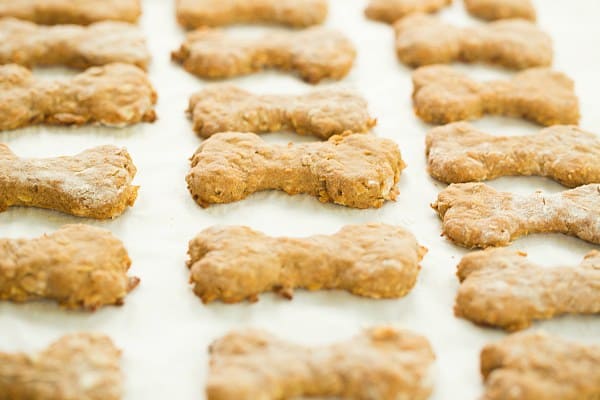 Duke has grown into such a fun dog that looks a little bit more grown up every day. He’s sweet, affectionate, loves life, and he loves his big brother more than anything in the world. 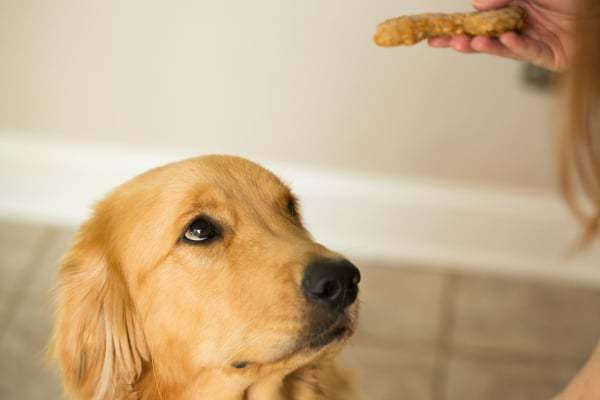 It wouldn’t be a dog birthday in this house without some homemade dog treats! I wanted to try a new recipe, and specifically wanted to throw in some bacon, because really, what dog doesn’t love bacon? And peanut butter, of course! I’ve never given Duke peanut butter, but Einstein adores it, so I figured it would be a hit, as well. 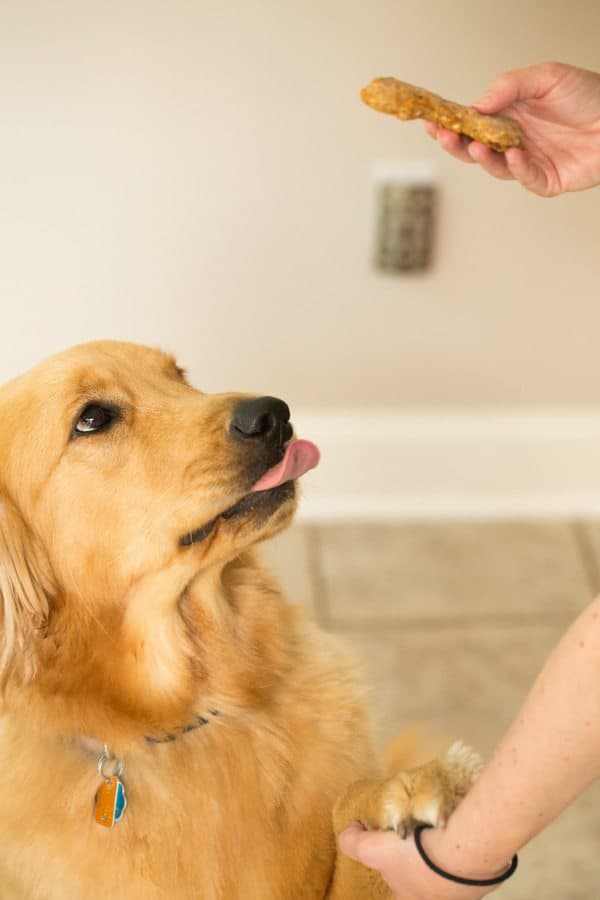 Even though Duke never bothers with food, he hovered around the table when we were photographing these, something he never does. I’m convinced he knew they were for him :) He gobbled up his treat and cleaned up all of the crumbs… all in all, I think he’s going to enjoy a fabulous birthday! 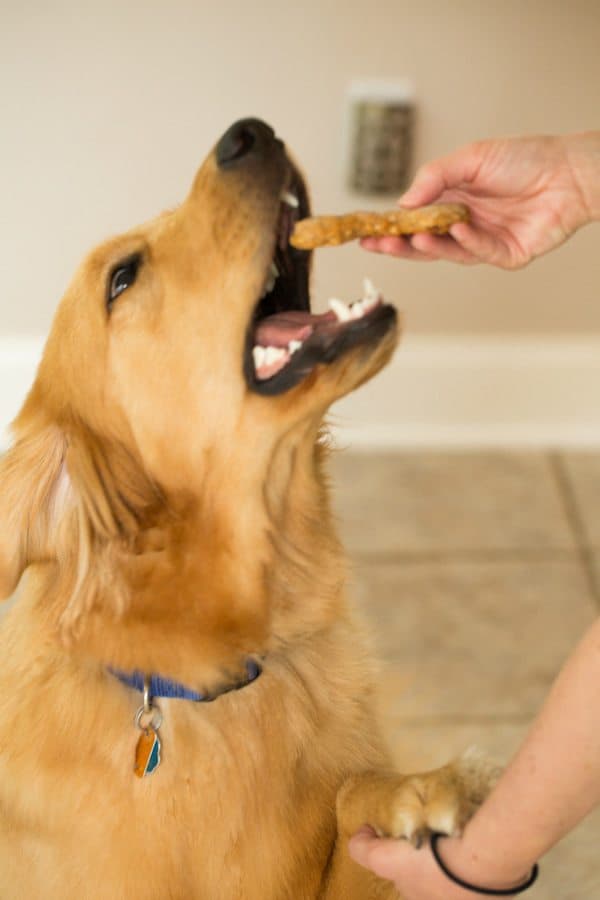 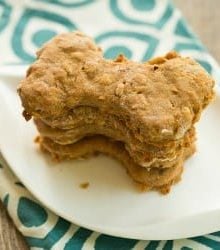