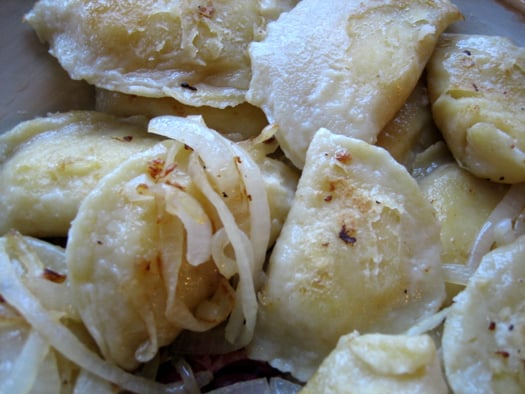 So just about everyone that reads my blog is pretty aware of my much-talked-about Italian heritage. Well, I also have a *smidgen* of Polish in me, and this meal pays homage to that blood. Homemade pierogi made it onto my Top 100 list, so when Annie asked if I would be interested in making them together, I jumped at the opportunity. Truth be told, I’ve never eaten a homemade pierogi in my life. Mrs. T’s all the way for me! Traditionally, the only time we really ever ate pierogi growing up was during Lent – mostly because they were an easy no-meat alternative on Fridays. And if we’re being honest, the suckers are really good! Who can resist a half-moon of dough filled with potato and cheese, fried in butter and onions? 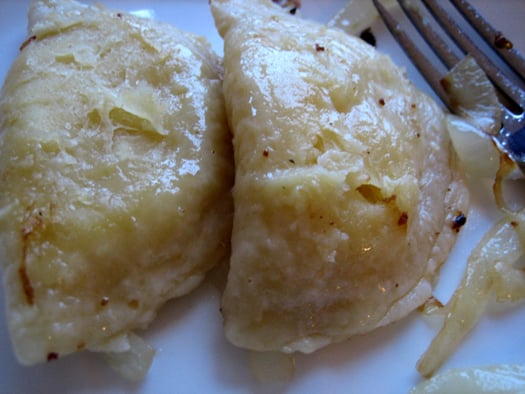 I was a rebel this time and chose a different recipe from Annie, because I’m still a little afraid of using recipes without quantities. I know, I’m a big ol’ baby, but what can I say? For as far as I’ve progressed, I’m still very much learning! Plus when I saw a recipe pop up in my Google Reader for Pittsburgh Pierogies, well what can I say? I just HAD to make those, it is my hometown, after all! In fact, the Food Network recently featured the pierogies served at a diner in Pittsburgh not 15 minutes from where I grew up. How fun!

These were a little time consuming, but you could easily make the dough one day and then the filling and assembly the following day. I was lucky – none of my filling leaked out during boiling, so I consider these a success! I would have maybe browned them a little more when frying with the onions, but we were getting so hungry that I just wanted to finish and eat! These were really, really good. 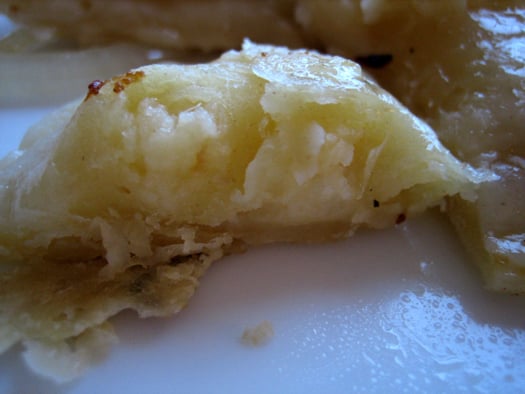 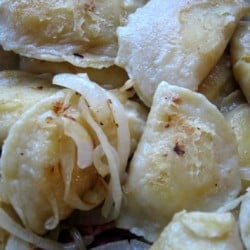 For the Potato Cheese & Onion Filling: