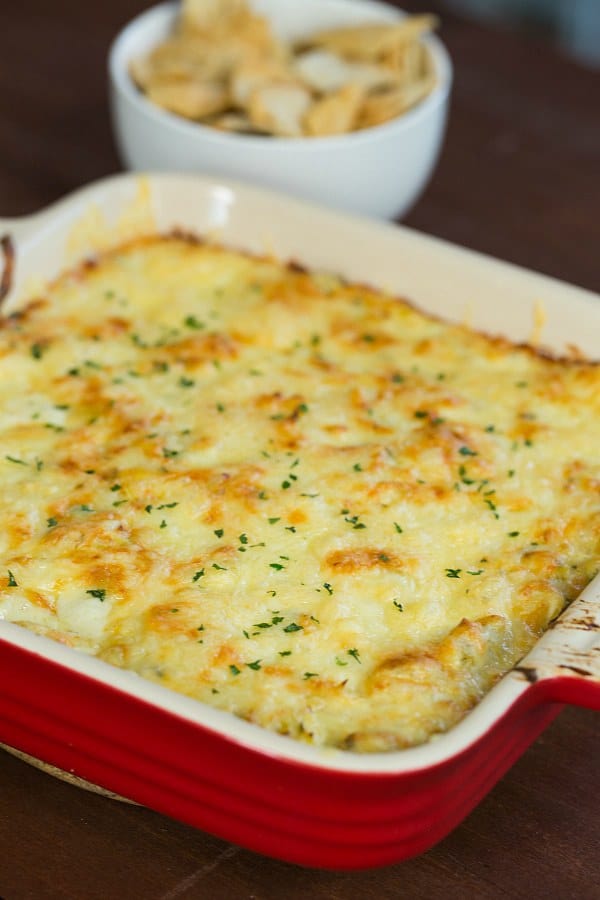 It’s been a solid six weeks since I made a new dippity dip, which is exactly five weeks and six days too long. If there’s one thing that I love almost as much as dessert, it’s the appetizer course. I could most definitely go out to a restaurant, skip a main dish, and just eat appetizers and dessert. They’re my two favorite food groups! (Yes, I classify them as food groups.) I’m not the biggest artichoke fan in terms of just eating them for the sake of vegetables, but chop them up and throw them in a dip and I’m 100% all in. Spinach-artichoke dip was my gateway drug to artichokes in savory, cheesy dips that I can deliver to my mouth with a variety of carbs. For this dip, I let the artichokes be the star of the show and threw in an obscene amount of fontina cheese, which melts beautifully and pairs well with the artichokes. 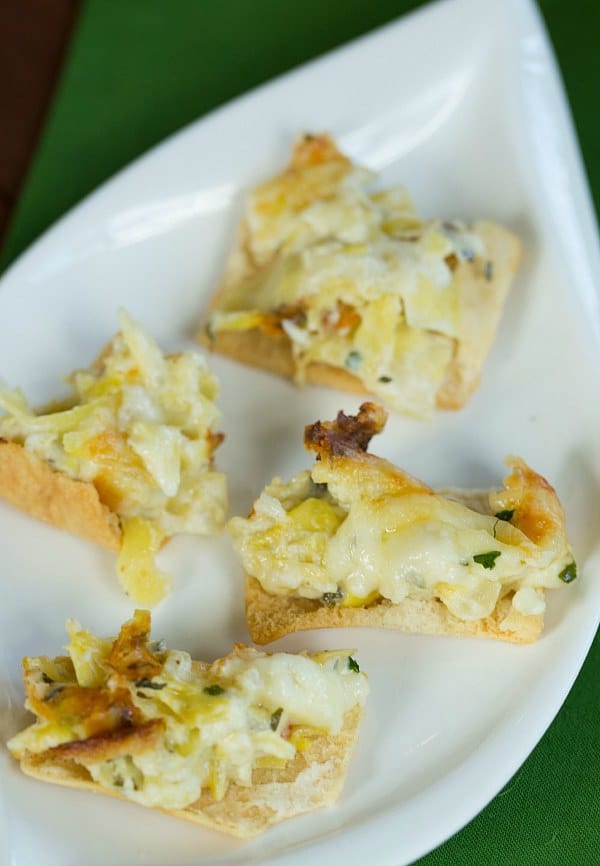 My Chief Culinary Consultant and I ate this dip with baked pita chips, but it would be fabulous with any number of chips and crackers, even a baguette! 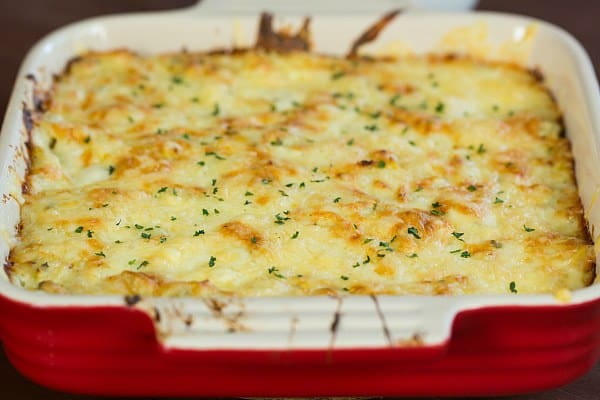 Also, if you’re anything like us, it’s possible that two people will polish off half of this pan for lunch. 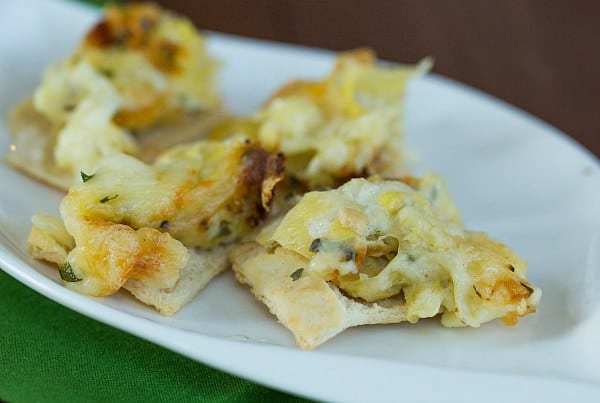 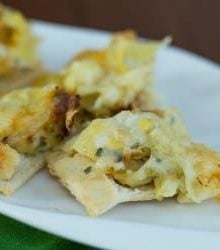