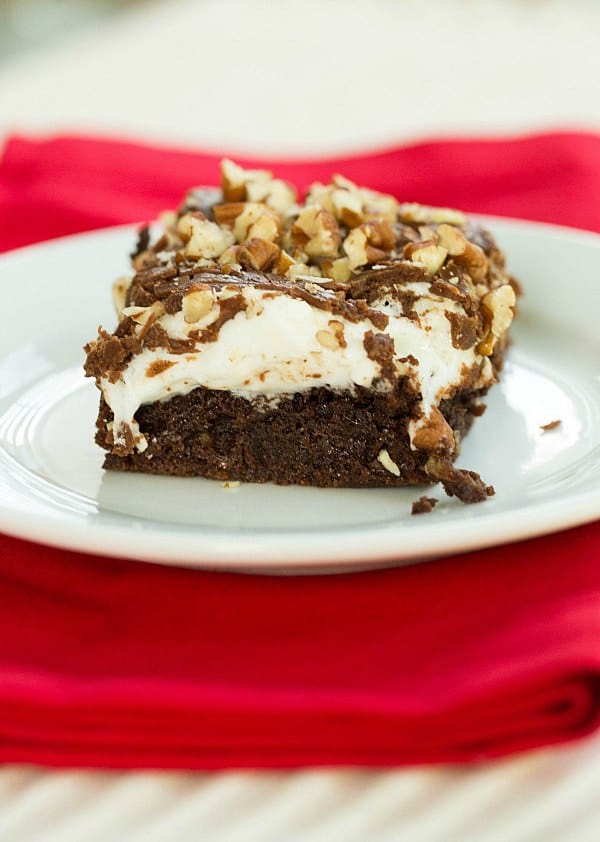 Last week, I was in the mood for brownies. I was in the mood for brownies with “stuff”. Not just any old plain brownie, but brownies filled, topped and layered with ingredients. It then dawned on me that even though I had made Mississippi Mud Cake a little over a year ago, I had never made the brownie version, which I’ve been meaning to do since I made the cake. I had everything I needed for the brownies, which was all the encouragement I needed. As we all know, there’s never a bad time for a brownie! 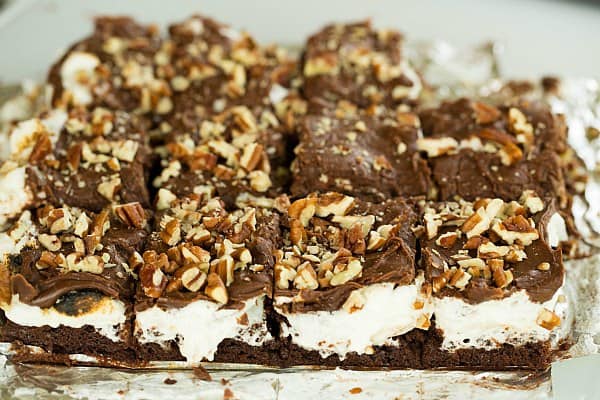 Much like the cake version, these Mississippi Mud Brownies are rich, chewy brownies that are topped with marshmallows, covered in a fabulous chocolate fudge icing and sprinkled with chopped pecans. I took the blow torch to the marshmallows before covering them in the icing, which gives the brownies a faint toasted flavor. It’s perfect if you love s’mores! (If not, you can totally skip that step and it won’t negatively affect the brownies.) I can’t resist chocolate and marshmallows together, so these brownies are right up my alley.

What’s your favorite way to jazz up plain brownies? 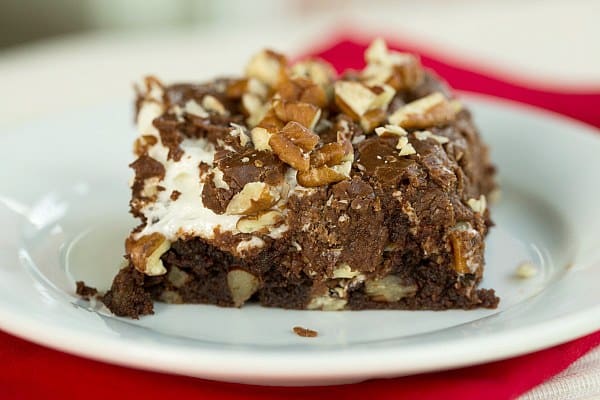 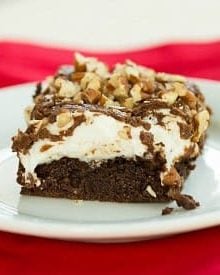 For the Fudge Icing: