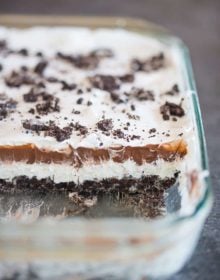 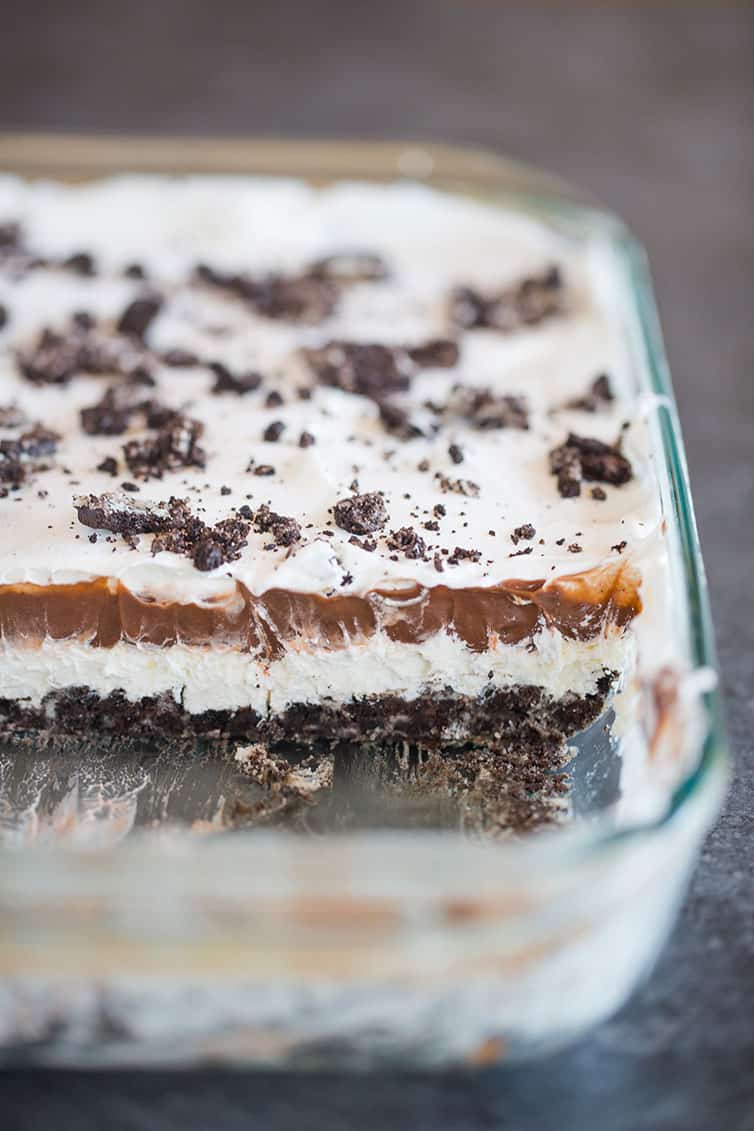 Six years ago, I was looking for an Oreo-themed dessert to celebrate my pap’s 87th birthday. He always had a serious thing for Oreos; for as long as I can remember, there was a cookie jar on my grandparents’ kitchen counter filled to the brim with Oreo cookies. So naturally, I try to whip up a new and different Oreo dessert for his birthday. In previous years, I’ve made a cookies and cream cake and cookies and cream ice cream cake (I also made black forest cake one year because he loves chocolate-covered cherries, as well!).

It so happened that one year I needed the dessert to be relatively quick and low maintenance, and I found this no-bake layered dessert with an Oreo crumb crust and layers of cream cheese and chocolate pudding to be utterly perfect. 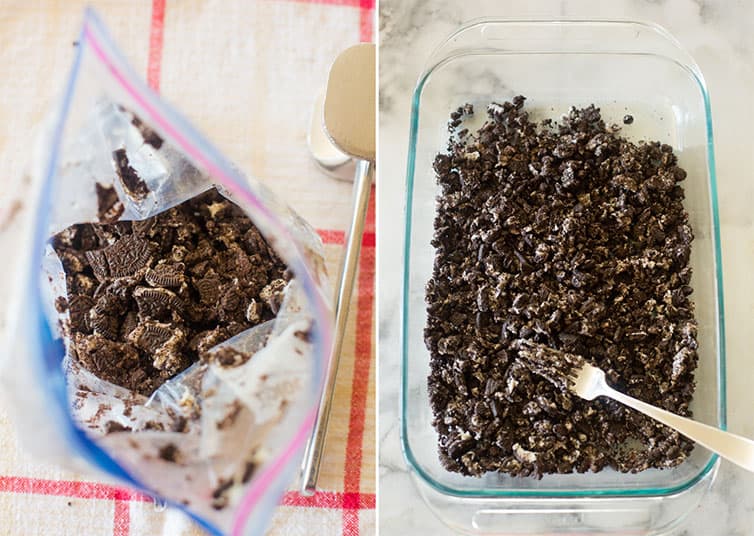 What You Need to Make This Easy Oreo Dessert

The ingredient list for this dessert is super simple, which I love! This is what we use:

That’s all that we need, and it’s likely you have maybe half of these in your pantry or refrigerator already! 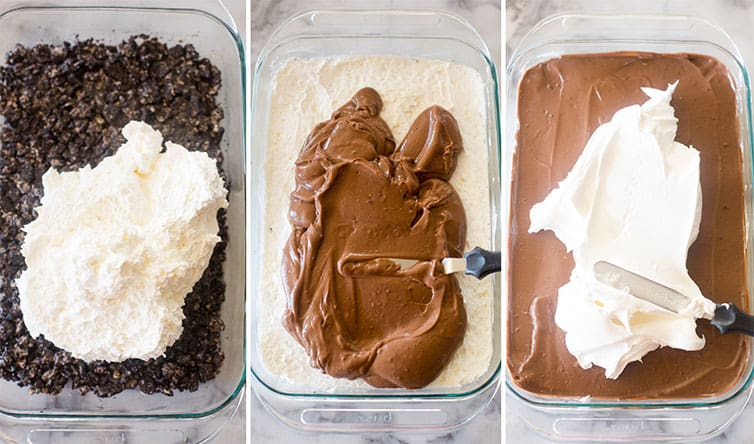 This is a traditional “lush”-style dessert, a term that just popped onto my radar a handful of years ago. Have you heard of them? This is how they’re built: 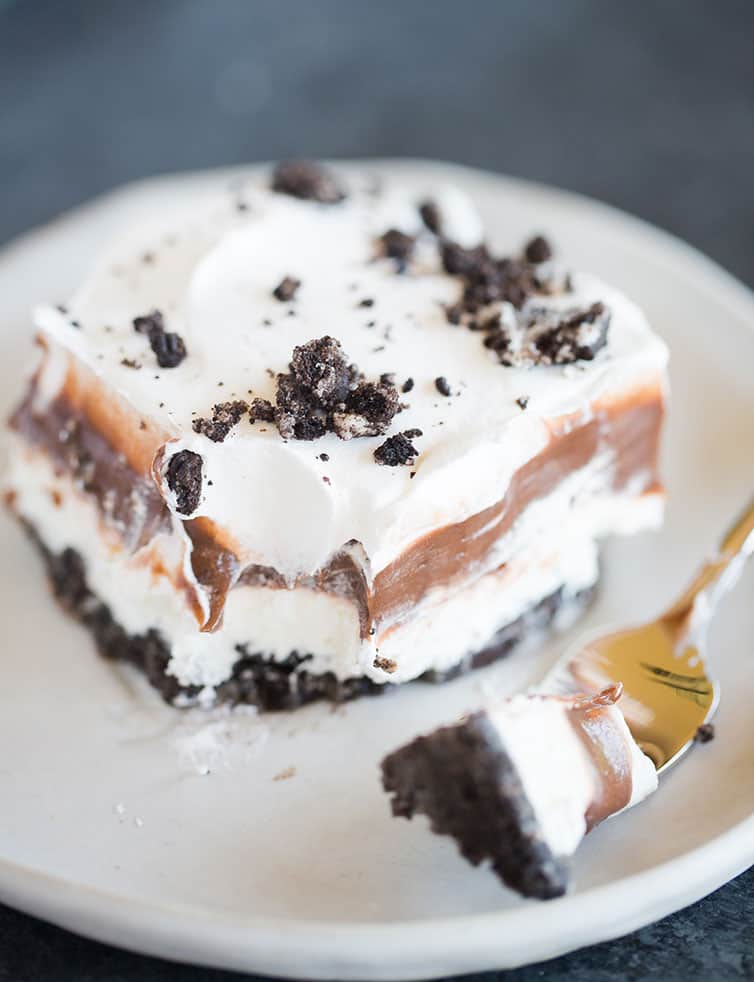 The dessert was an enormous hit with the whole family, especially my grandfather. Quick and easy no-bake desserts like this are an absolute staple for me during the summer months. Sometimes you just can’t bear to turn on an oven or spend hours making a mess of the kitchen; times like those call for desserts like this!

My pap passed away earlier this year and tomorrow would have been his 93rd birthday; I can’t think of a better way to remember him than by eating a huge piece of this dessert.

Keep that oven off and enjoy these cool, refreshing desserts that can be made in advance and stashed in the fridge until you’re ready to serve them. 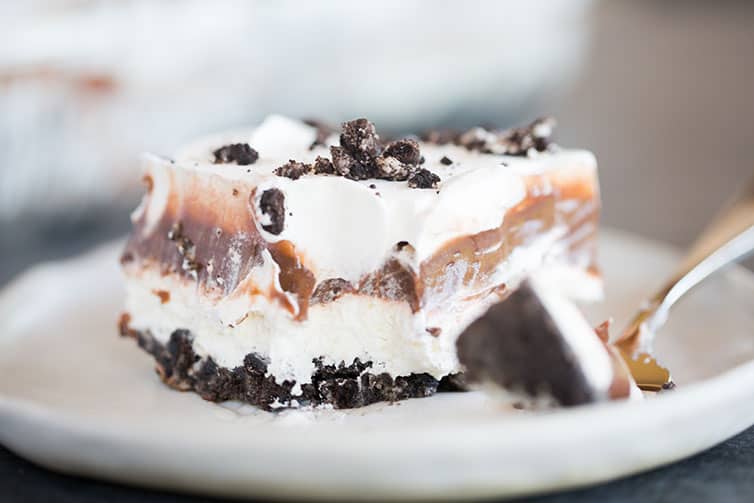 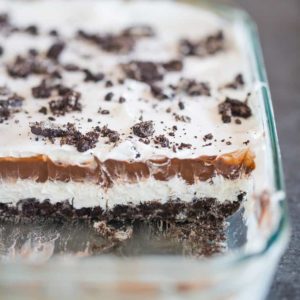 For the Cream Cheese Layer:

For the Pudding Layer: