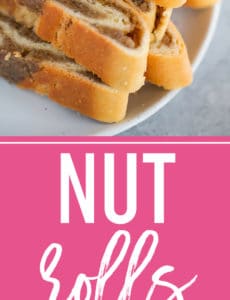 This nut roll recipe hails from an old family friend and is a Christmas staple. It only requires one rise, so it’s easy to churn out a ton of nut roll! 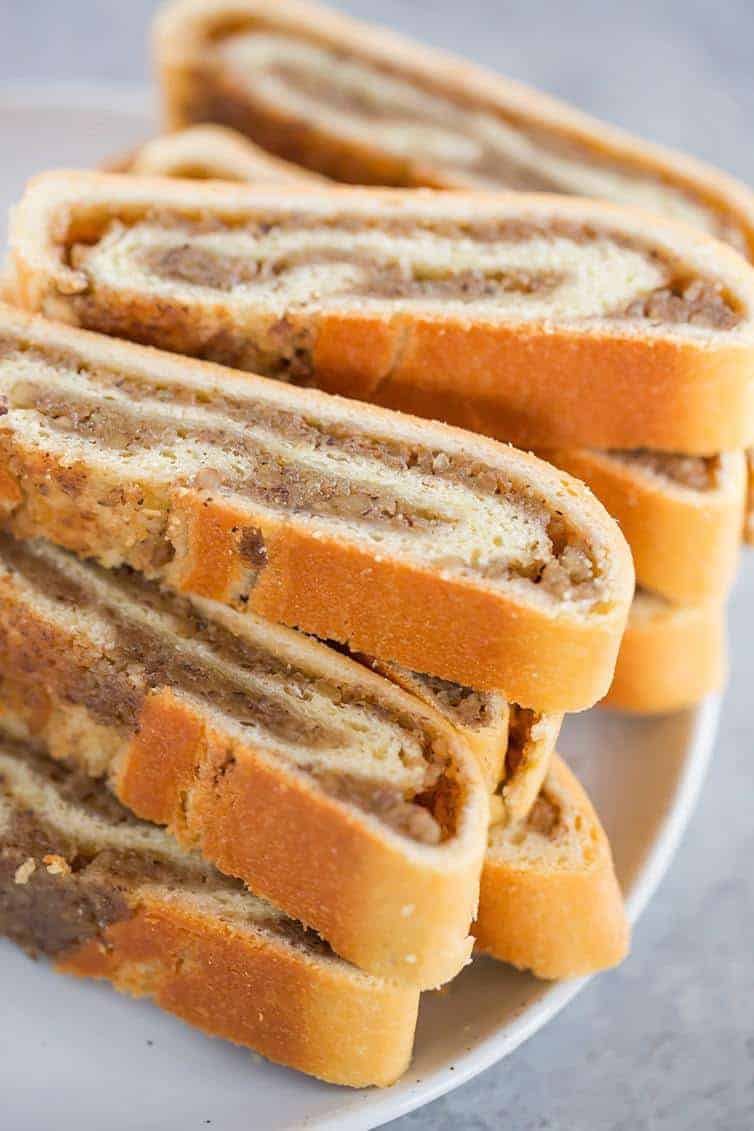 It’s Christmas week and we need to talk nut roll!

I’ve seen this called nut roll, Hungarian nut roll, Slovak nut roll, Polish nut roll, kolache, even Pittsburgh nut roll, which blew my mind when I saw it! I didn’t realize they were so synonymous with this region, but that makes me just plain giddy. Whatever name you go by, traditional nut roll is a soft sweet dough that is filled with a sweet walnut mixture. It basically tastes like Christmas and it wouldn’t be the holidays without devouring an embarrassing amount of nut roll.

I originally shared this nut roll recipe with you nearly six (SIX!) years ago, and SO MANY OF YOU have made it year after year for the holidays, which just makes me so ridiculously happy. In that time, however, I’ve received a lot of questions about two very specific components of this recipe: (1) the use of cake yeast; and (2) some issues with the dough splitting open and filling oozing out during the baking process.

I’ve gone back and re-worked the recipe a couple of times to help troubleshoot those issues, and I’ve got you covered! 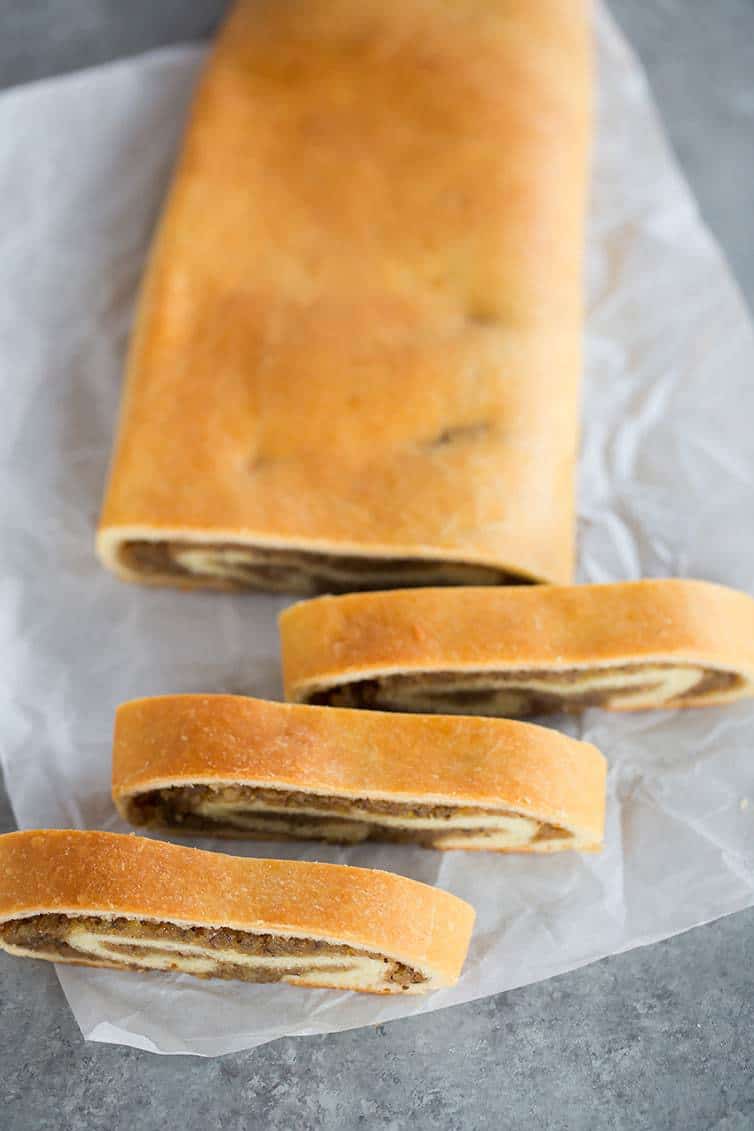 My mom gave me the recipe card for nut roll, which hails from her best friend of a gazillion years, Cheryl. I just adore old handwritten recipe cards 💗 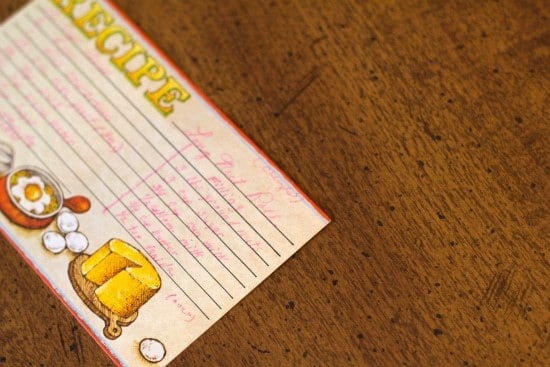 Okay let’s dig into the specifics of this recipe. First up, the yeast…

The original recipe calls for cake yeast, which is typically sold in the refrigerated section of the grocery store near the butter. When I first began making this recipe, I bought cake yeast all the time, however, it hasn’t been stocked in my regular grocery store for some time now, and it sounds like the same is the case for many of you. 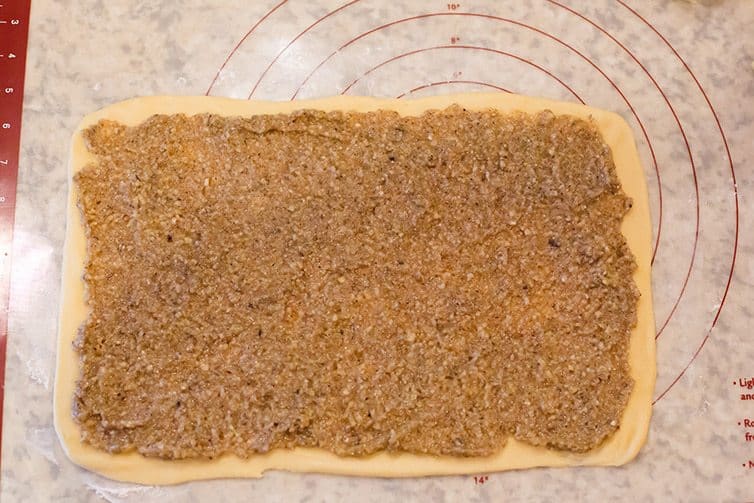 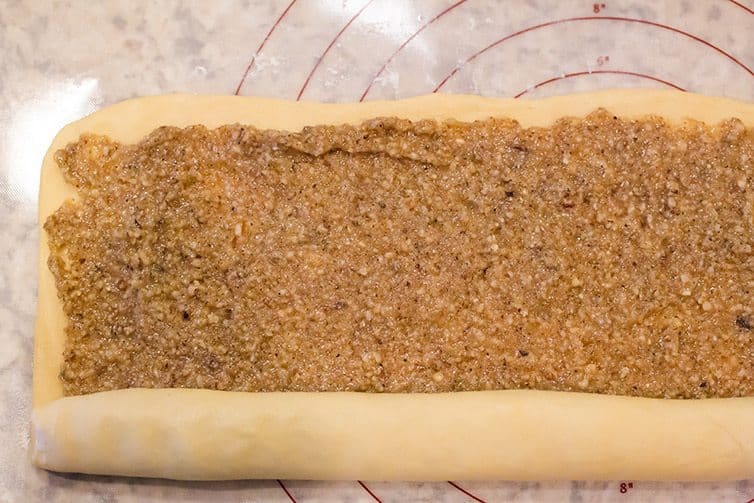 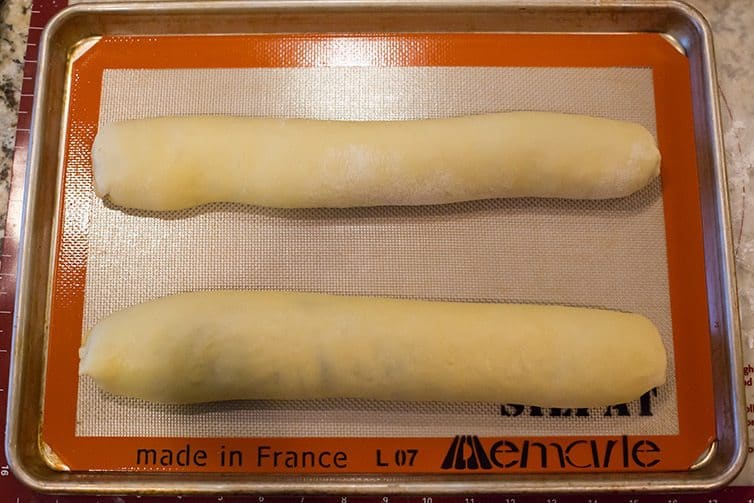 Next up is the issue of the dough splitting and the filling oozing out. I think I have this one figured out!

The last time that I made this, instead of adding all of the flour, I added a little at a time and then stopped once the dough was no longer sticky, and I still had quite a bit of flour left. And what do you know? Those rolls had perfectly smooth dough from start to finish on ALL of the rolls – no cracking, splitting or filling spilling out. I’m convinced that the issue had to do with the dough being too dry and, as a result, cracking and splitting, which can cause the filling to come out.

The exact amount that you use will vary wildly depending on the time of year, the ambient air temperature and humidity levels, but definitely go with a little flour at a time, and then stop periodically to feel the dough as you near the end of the flour. It shouldn’t be sticky, but should still be quite soft and supple. 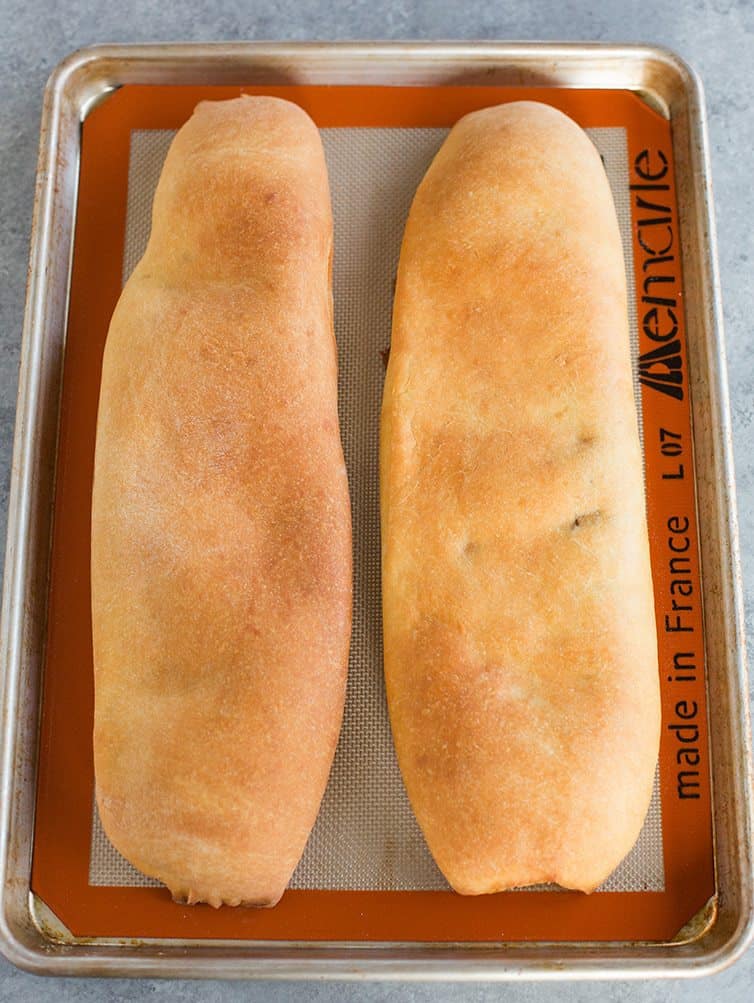 So that’s it! This is my go-to nut roll recipe and has been for years, and I hope I’ve made it a little bit easier for you to tackle it. At first glance it might look like a lot of work (8 nut roll!) but it’s really not a lot of hands-on time and they only require one (long) rise, so totally doable. I made my Christmas batch last week and managed to get them totally mixed and assembled in an hour while Joseph was at preschool and Dominic was napping. I left them to rise and baked later that afternoon. Done!

You can buy nut roll from bakeries and tons of churches in this area around the holidays, but I’m always surprised once I dig in and tackle them at how uncomplicated they are. If you’ve been too intimidated to try nut roll before, have no fear! I’ve also successfully scaled this recipe, so if you don’t need this many nut roll, feel free to cut it in half.

In a word, this nut roll recipe is spectacular. Too often I’ve had nut roll that are doughy and dry and/or don’t have enough filling. The dough for this recipe is very, very soft, and the filling is supremely moist. Plus, the filling-to-dough ratio is very high, which keeps everything from drying out and packs a ton of flavor into even the smallest of slices.

I hope you’ll give these a try and that they become one of your Christmas traditions as well! 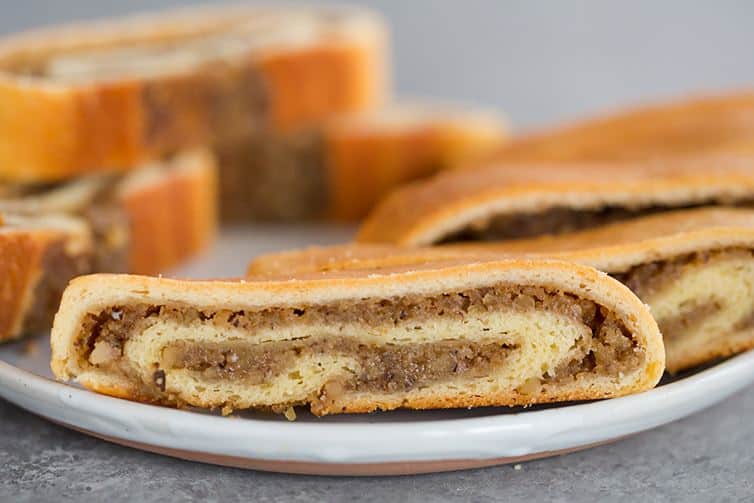 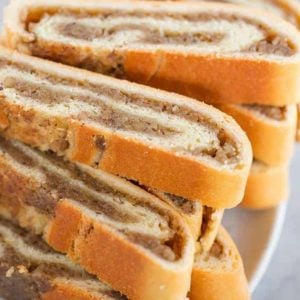 This recipe was originally published on January 10, 2011.