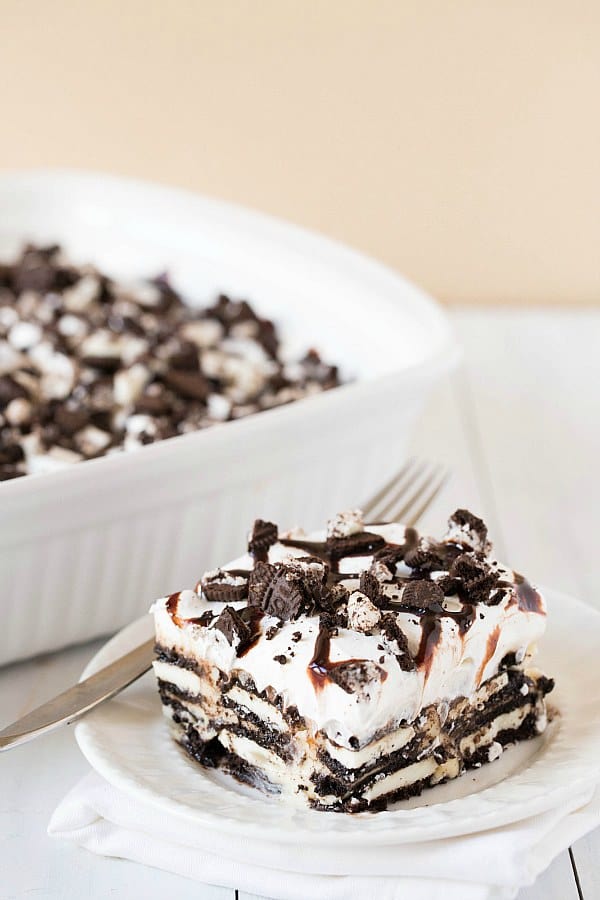 A few years ago, I shared with you my grandma’s super-simple recipe for what she always referred to as “icebox cake.” It was an easy dessert that graced her table on countless Sundays – two alternating layers of graham crackers and vanilla pudding, topped with crushed graham crackers. Sometimes she’d throw Cool Whip on top, sometimes not. It was familiar, refreshing and comforting. In the past year or so, I’ve been seeing a ton of icebox cake recipes pop up all over the internet. Most of them use chocolate wafers as the base and whipped cream in between layers. Recently, I saw an Oreo Icebox Cake over on Cookies & Cups that inspired me to slightly tweak my grandma’s recipe. Basically, instead of graham crackers I used Double Stuff Oreos and instead of vanilla pudding, I used cheesecake-flavored pudding. I threw a layer of Cool Whip on top for good measure, then drizzled it with chocolate sauce and chopped Oreos. Game, set, match. 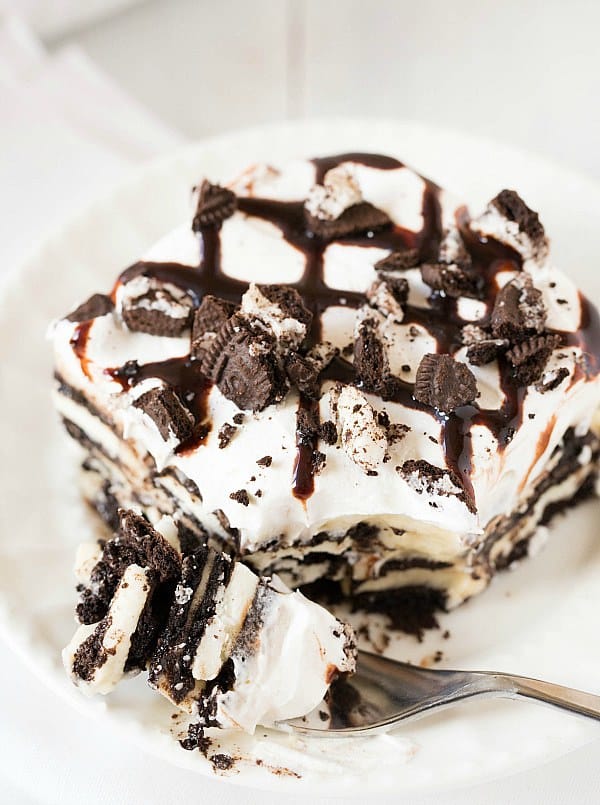 It isn’t exactly a secret that I have a love affair with Oreo cheesecakes, so anytime I can finagle a way to incorporate both Oreos and cheesecake flavor into a dessert, you better believe that I’m going all-in on that project. I love how incredibly easy and versatile icebox cakes are to make. Use whatever favorite graham crackers or cookies you have, your favorite pudding flavor, and you’ll have it assembled in less than 15 minutes. The hardest part is having to leave it in the fridge for a few hours to set up. If you’re desperate, you could always nibble on leftover Oreos to tide you over (not that I know anything about that). 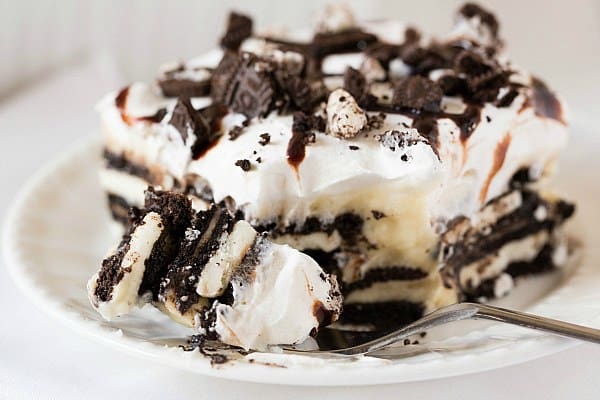 Oreos weren’t something that my grandma stocked her pantry with regularly (she was more of a Keebler and Chips Ahoy lady), but if she were here today, there’s no doubt in my mind that she’d gobble this up and ask for seconds… and then promptly skip dinner. That’s how she rolled. A woman after my own heart. 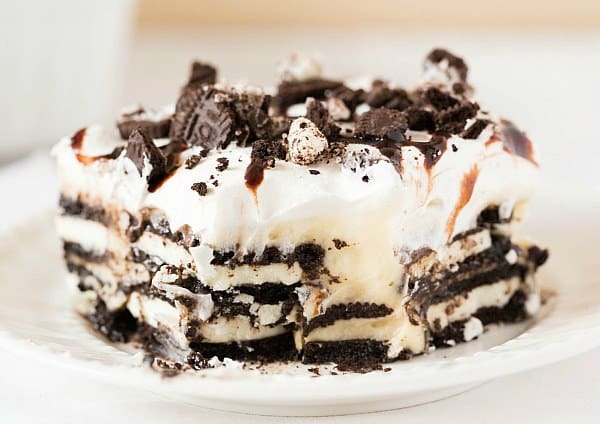 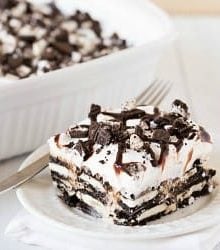