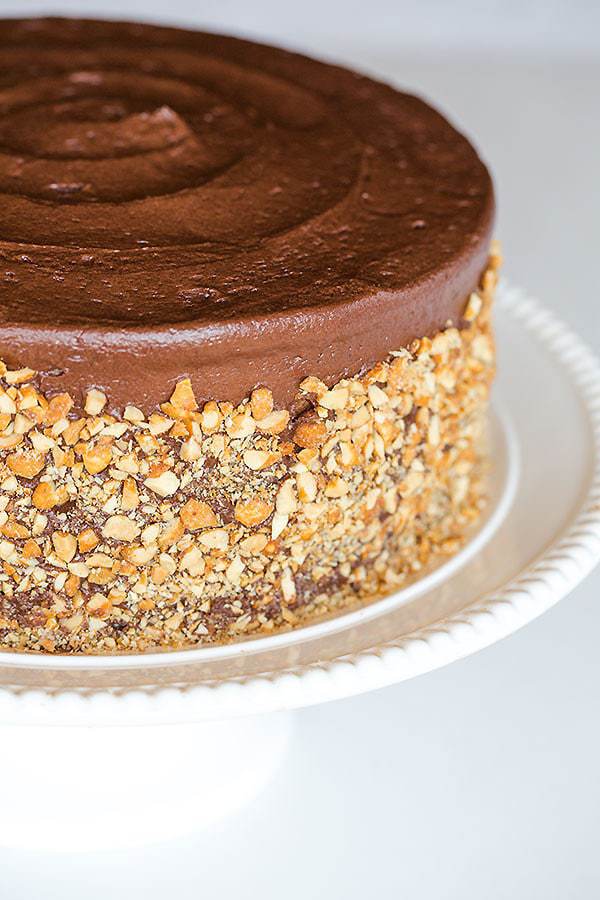 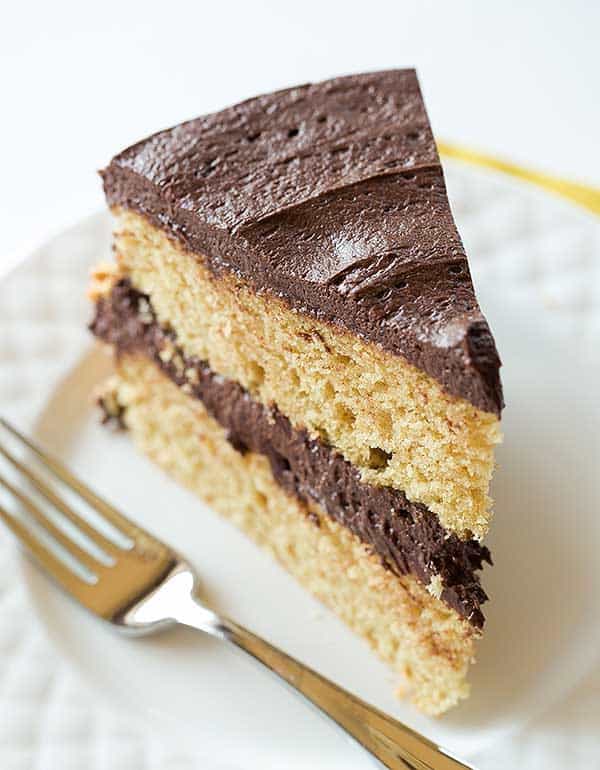 In the end, I settled on the version that appears in the Joy the Baker cookbook – it had the highest amount of peanut butter by a long shot. The cake is on the dense side, but moist and extremely flavorful. It was a fantastic choice! I topped it with Joy’s chocolate buttercream frosting, which was also great. 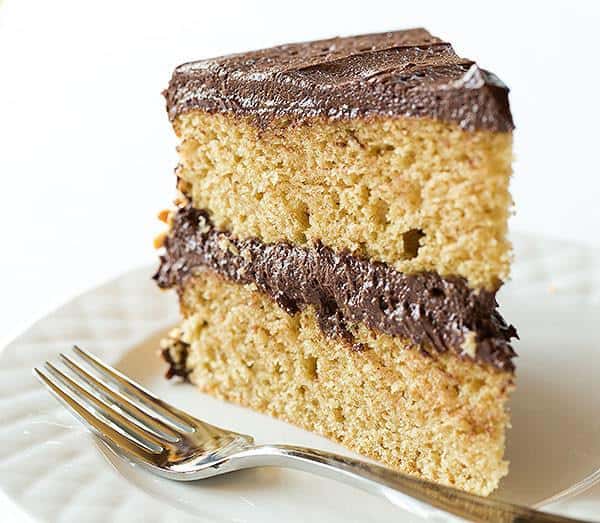 If you adore peanut butter and chocolate as much as I do, then you’re going to LOVE this cake! It’s full of great flavor and an extra sprinkling of honey roasted peanuts for good measure. 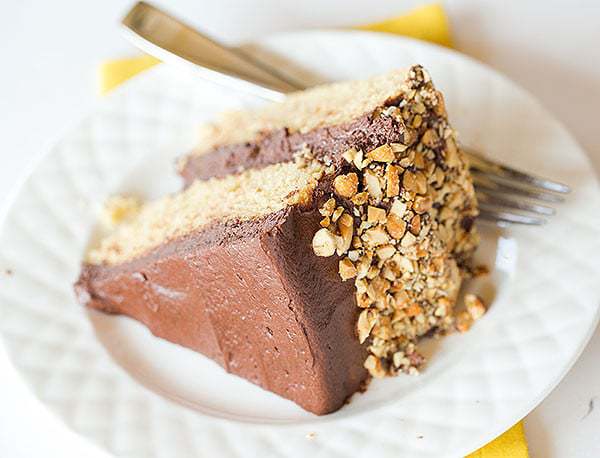 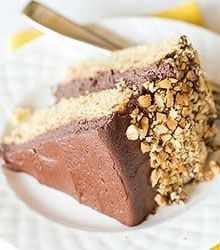 Yield: 10 to 12 servings
Prep Time: 30 mins
Cook Time: 20 mins
Total Time: 50 mins
An incredibly moist, dense cake that tastes like you just dipped a spoon into the peanut butter jar! It's filled and frosted with a rich chocolate frosting.
No ratings yet
Print Pin Rate

« Previous PostMy Whole 30 Review: I DID IT! My Experience and Results
Next Post » Garlic-Herb & Parmesan Roasted Red Potatoes