Roasted corn and poblano chiles give this summer chowder a powerful flavor punch. It’s never too warm for a good chowder! 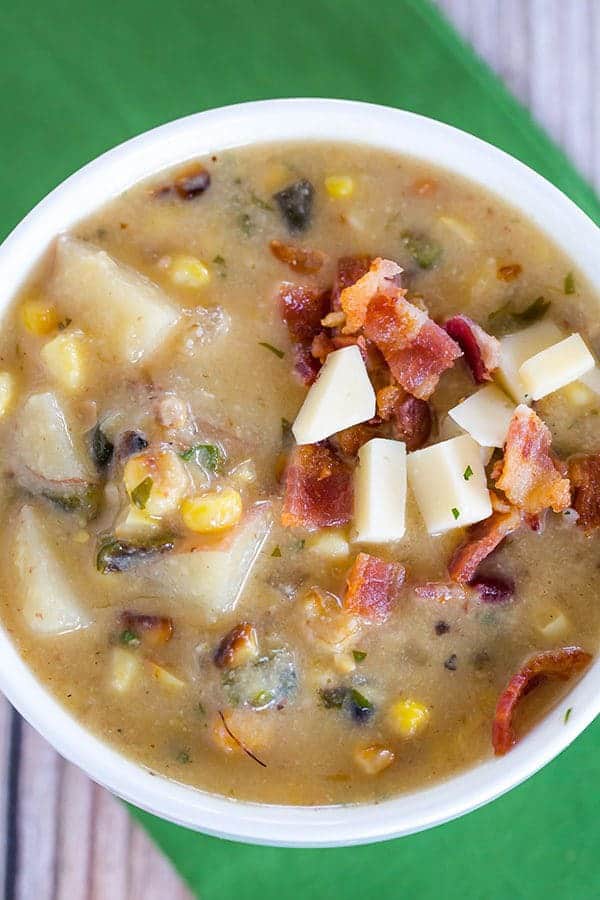 It’s not fall or winter, but calling it a chowder makes it perfectly acceptable to eat during the summer, right?

I sure hope so, because I ended up making this roasted corn and poblano chowder on the legit hottest day of the year so far. I am SUCH an awesome planner <insert sarcasm>. Actually, I really was such a better planner and much more organized before Joseph was born. I’d love to blame mommy brain (I mean, there ARE so many more balls in the air than there used to be!), but that seems like a cop out. I’m working on getting a better system in place for life as it is currently.

Anyway… sorry for that tangent! I DID make this on the hottest day of the summer so far because once I saw a recipe for roasted corn and poblano chowder, I couldn’t hold off until fall. I mean, fresh corn! 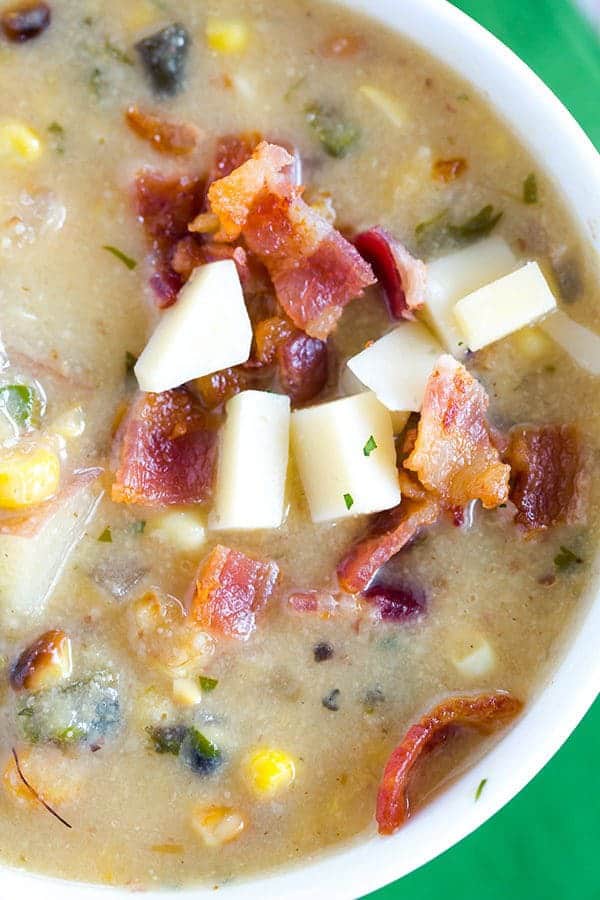 I honestly don’t ever do much with corn during the summer other than eat it straight-up on the cob slathered in butter and salt. The corn we have had so far this summer has been absolutely amazing – super sweet and juicy – so I knew it would be perfect for a recipe like this chowder. Roasting it alongside the poblano chiles gave it so much pop, then throw in some potatoes, cilantro, lime juice and a little half-and-half, the flavors were simple yet perfect.

Part of the soup is pureed with corn tortillas, which thickens the chowder beautifully and gives it even more of an earthy corn flavor. Seriously amazing!

Topped with some Mexican cheese and crumbled bacon, this is absolutely worth eating while the corn is still fresh and in season! 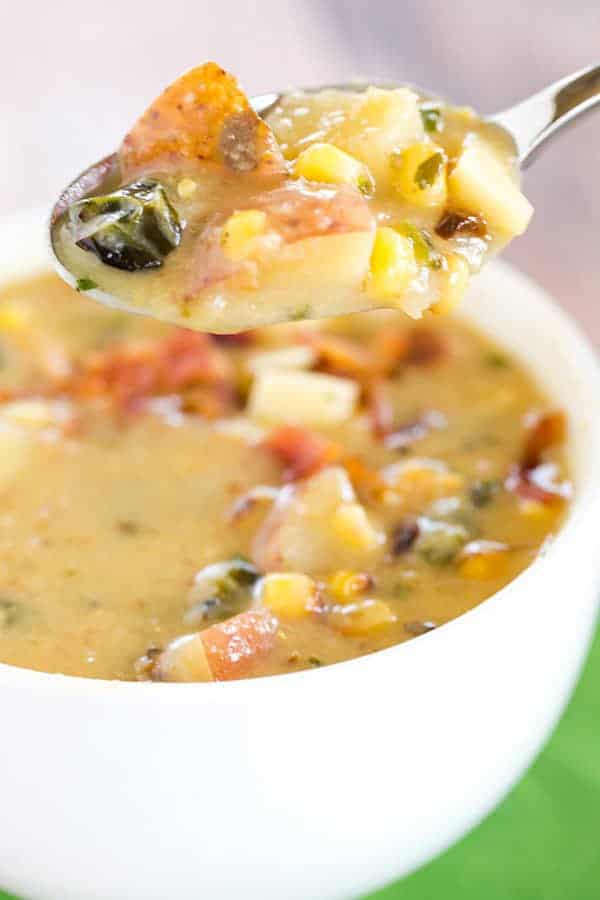 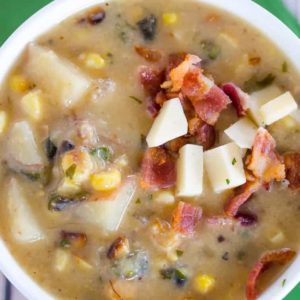 Note #1: Half-and-half is commonly sold in the U.S. It is essentially a blend of whole milk and heavy cream - use this 50/50 substitution if you cannot find it where you live. Note #2: I couldn't bring myself to cook just 4 slices of bacon on a Sunday morning, so I made a big batch in the oven (how I normally cook bacon) and poured off the drippings. I approximated about 2 tablespoons of drippings for 4 slices of bacon, if you want to do the same and go straight to the onion. Nutritional values are based on one serving
Calories: 275kcal, Carbohydrates: 38g, Protein: 8g, Fat: 11g, Saturated Fat: 5g, Cholesterol: 13mg, Sodium: 1713mg, Potassium: 960mg, Fiber: 4g, Sugar: 8g, Vitamin A: 350IU, Vitamin C: 66.1mg, Calcium: 55mg, Iron: 1.9mg