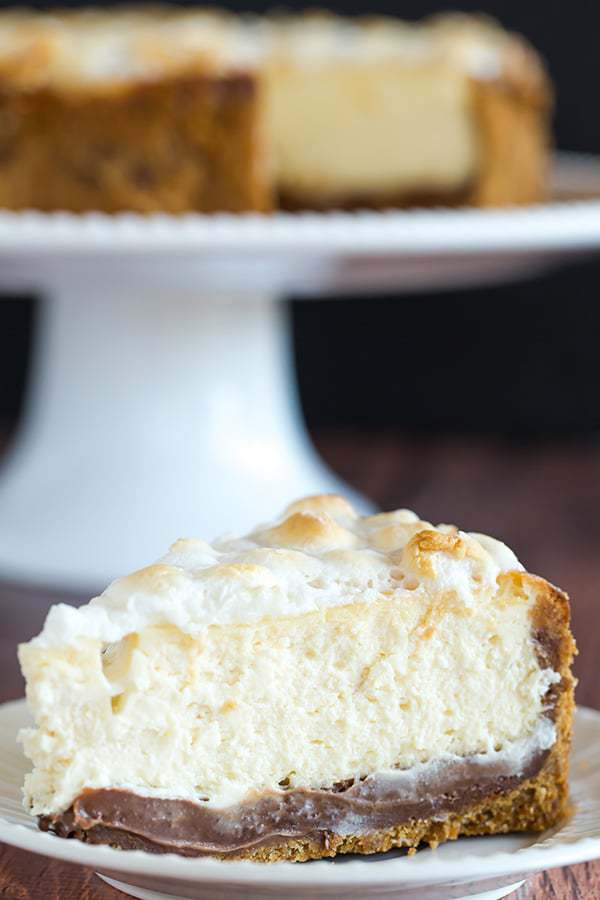 Labor Day is on Monday, which is always the sort of official/unofficial end of summer, ushering in of the new school year, and hopefully when cooler weather prevails. It’s also an awesome weekend for epic cookouts as a way to say goodbye to summer. I can’t think of a better way to pay homage to the summer months than with a show-stopping dessert like this s’mores cheesecake.

S’mores always screams summer to me, with memories of bon fires in the backyard behind the pool, skewering marshmallows on tree branches and torching them until they were charred and little marshmallow fires had to be huffed and puffed out. Given my love of s’mores and my immense love of all things cheesecake, it’s no surprise that this little number absolutely made my summer. 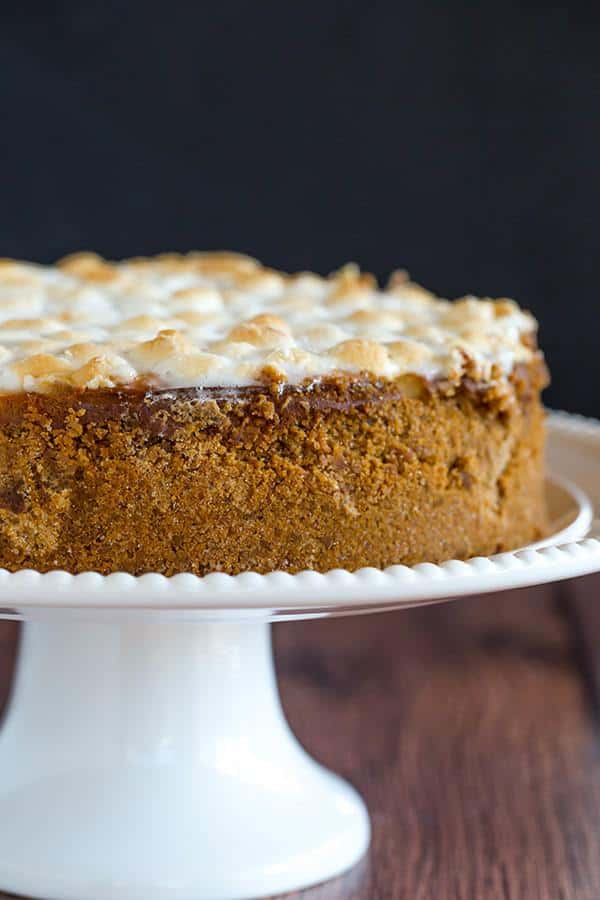 That’s topped off with a chocolate fudge layer that stays nice and soft, and then the holy grail – a marshmallow cheesecake batter! Once it’s almost done baking, marshmallows are sprinkled on top and the cheesecake is put back into the oven until they’re puffed and golden brown.

A s’mores dessert for the ages! 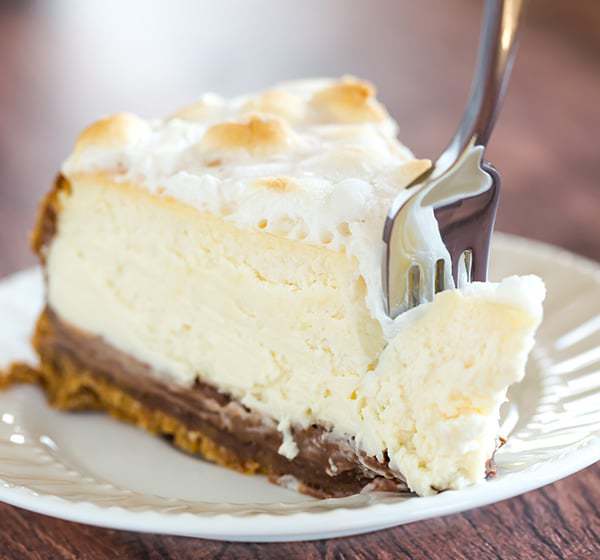 So, if you’re looking for something utterly ah-mazing to take to a party this weekend or just to make and enjoy at home as summer winds down, this s’mores cheesecake will make you a hero.

I wish I had frozen a few pieces so I could enjoy them during the fall! 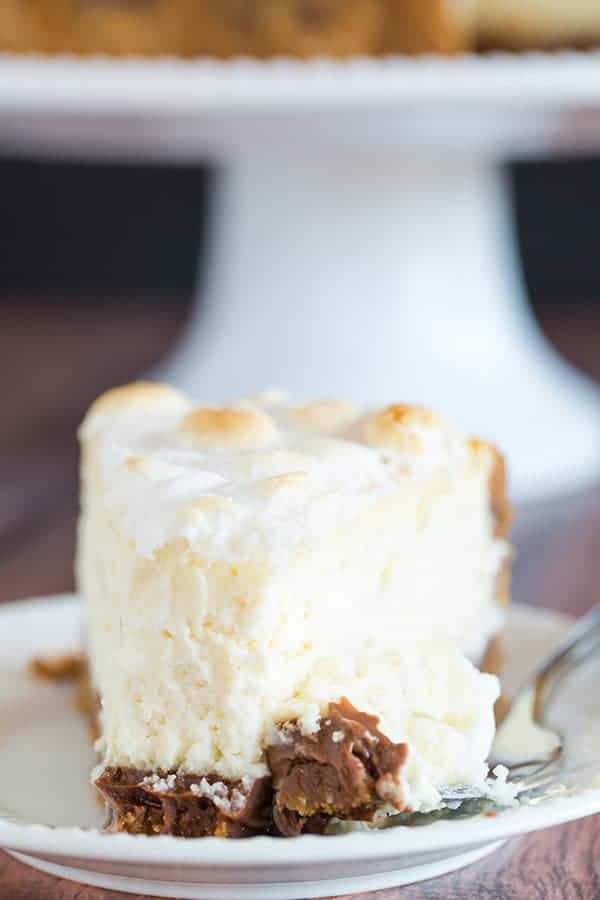 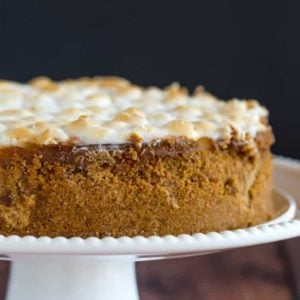