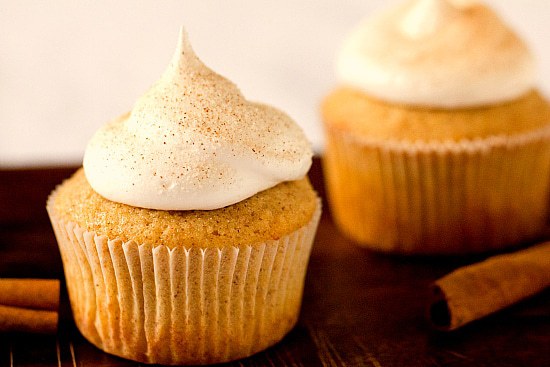 When thinking about baking for Christmas I think most everyone (including myself) automatically thinks of cookies. They’re easy to arrange on trays, and hello! That’s what you need to leave for Santa. And everyone knows if you don’t leave milk and cookies for Santa then he might not stop at your house. Obviously, very important consideration needs to be given to cookies. However, the one thing I tend to overlook at the holidays is cupcakes. Such a shame, because once I started thinking about it, they provide a great opportunity to put festive flavors into portable little desserts. Perfect for office potluck parties or gatherings with friends. Since snickerdoodles are one of my all-time favorite Christmas cookies, I thought that transforming their flavor into a cupcake would be awesome. And it totally is. 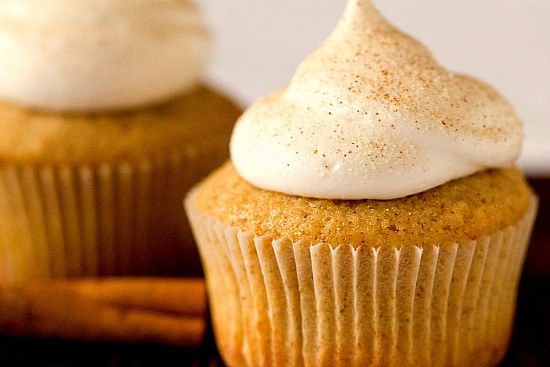 These taste exactly.like.a.snickerdoodle. Exactly. Which sort of amazes and delights me all at the same time.

The cake part is soft, moist and infused with cinnamon. You know how snickerdoodles don’t just taste like cinnamon cookies, but have that can’t-put-your-finger-on-it unique flavor? Well, these cupcakes capture that flavor to a tee. As a result, I adore them! They are topped with a sweet little kiss of seven minute frosting and then are dusted with cinnamon-sugar. 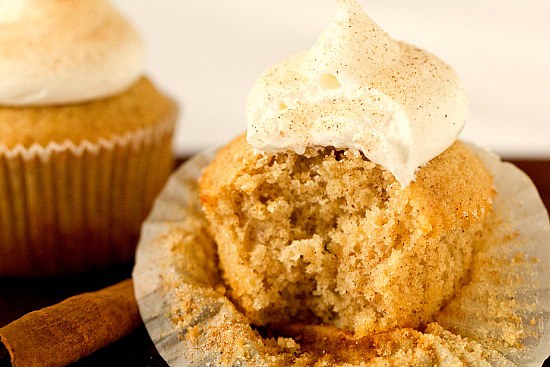 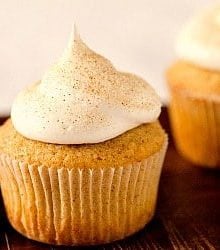 For the Seven-Minute Frosting: