This luscious cream cheese torte sits on a shortbread crust and a hidden layer of strawberry jam. 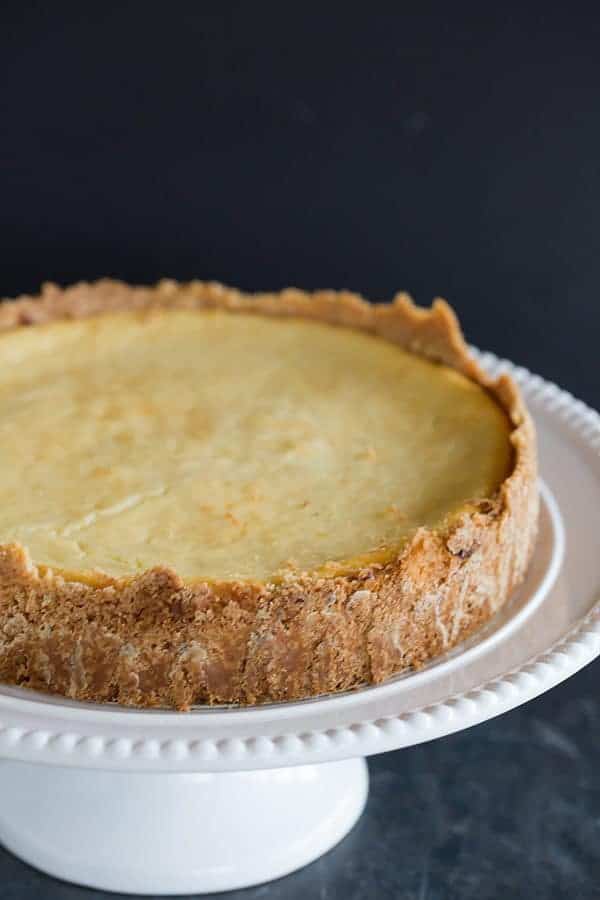 I first made this dessert over eight years ago (!) when I belonged to the group Tuesdays with Dorie; a small group of bloggers that baked one recipe a week from Dorie Greenspan’s Baking: From My Home to Yours. I had received that cookbook for Christmas just a few weeks prior and instantly fell in love with the lovely, conversational tone that each recipe and headnote was written in. I’ve baked countless recipes from that book, and this recipe remains one of my top three favorites – a shortbread crust is topped with strawberry jam and a silky smooth cheesecake layer. Divine! 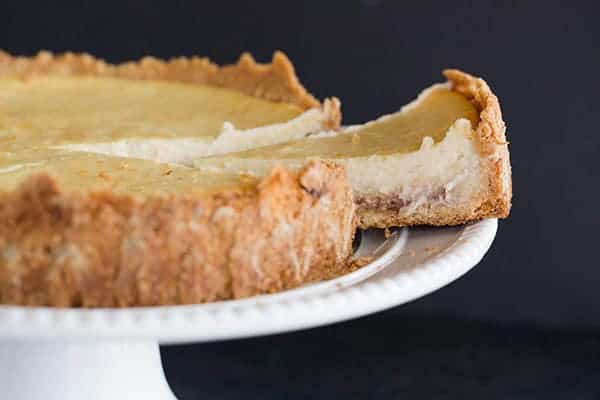 There’s a sneaky little ingredient in this recipe that surprised me and made me a little suspicious – cottage cheese!

I had never made a cheesecake previous to this one, or since, that used cottage cheese. Since you use a food processor to make the filling, the texture is silky smooth and you really have no idea that anything other than cream cheese is in there. 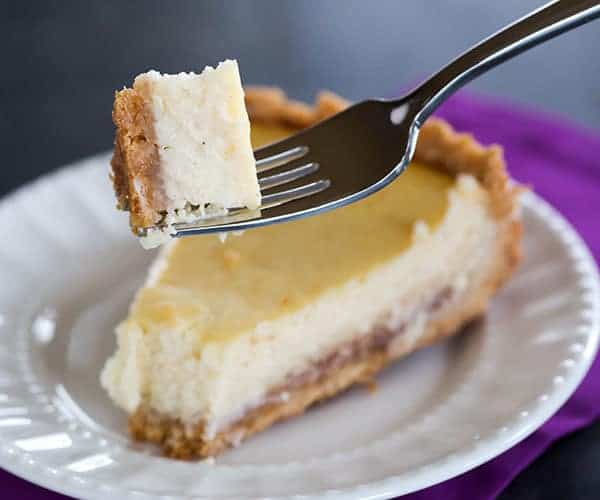 I made this for dessert last Sunday since no one else other than me had tasted it before, and I realized that it had been far too long since it graced my kitchen.

Everyone fawned over it and the majority went back for seconds. My husband said that it was the best dessert I’d made recently, along with the chocolate bread pudding. A few people specifically mentioned the flavor and texture of the cheesecake layer and how amazing it tasted; they couldn’t believe it when I told them what the “secret” ingredient was!

If you love cheesecake, make an excuse to get this into the oven as soon as possible! 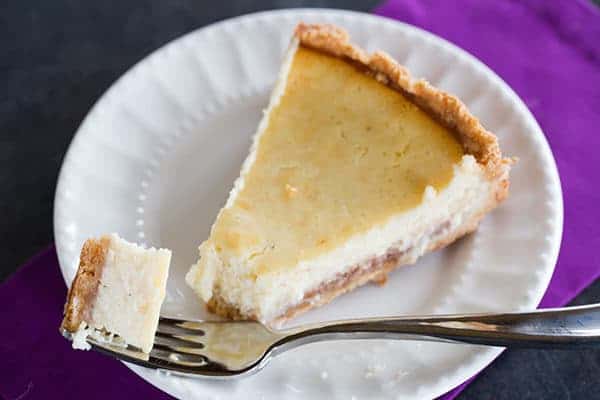 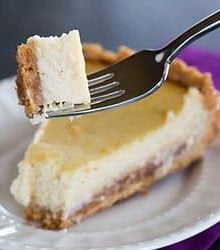 This recipe was originally published on January 15, 2008.