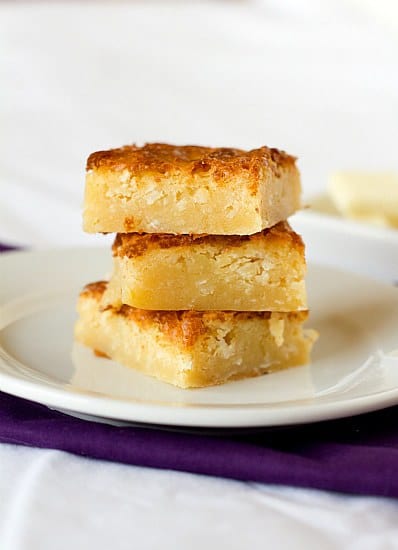 There are times when the cosmic forces of the blogging world all come together and I have an “a ha” moment about what exact recipe I should try next. One of those glorious moments occurred last week. A reader left a comment on my Facebook page asking if I had a recipe for a white chocolate brownie. I told her that sadly I did not, but that I would definitely put it on my list. It sounds pretty delicious, no? Then, the next day, I stole a bite of my Valentine’s Day present. The present is the biggest basket of Lindt chocolates (my favorite!) – truffles galore, gourmet mini dessert chocolates, and a variety of specialty chocolate bars. It might take me until next Valentine’s Day to eat my through it, but boy will I enjoy it! Anyway, one of the bars in the basket is white chocolate coconut. I took a bite and immediately swooned. For someone whose favorite chocolate is not white, and who isn’t the biggest fan of coconut, this was astounding. The combination just worked. It also made me want to be transported to a beach, toes in sand, and a creamy coconut drink with a little umbrella in my hand. But for the time being (i.e. before teletransportation is a reality), I knew exactly which direction I wanted to take the white chocolate brownie experiment. 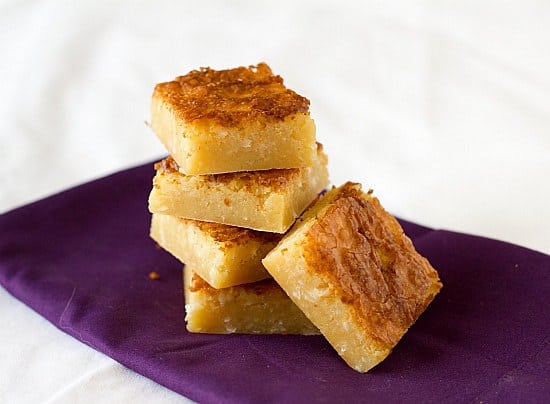 Things weren’t entirely smooth sailing from the start. The first recipe that I put together and tested did not come out like I had hoped. The “brownie” tasted much more like a cookie bar and the white chocolate was not pronounced at all. Obviously, more testing was needed.

After sifting through tons of different recipes, looking at ingredient ratios and making notes for myself, I decided to do something that should have been fairly obvious from the beginning. Take my favorite brownie recipe and adapt it for white chocolate! And that’s exactly what I did. I used the Baked Brownie recipe, omitted the cocoa powder and espresso powder, used white chocolate and added coconut. The result was exactly what I was looking for – that same brownie texture, with a crackly top, a pronounced white chocolate flavor, and the sweet inflection of coconut. 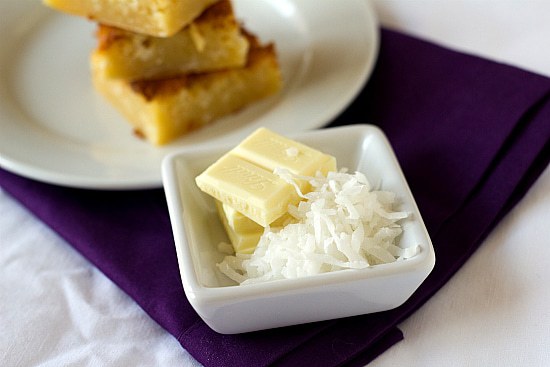 One year ago: Oven-Fried Onion Rings with Dipping Sauce
Two years ago: Ham and Split Pea Soup
Three years ago: Chicken and Dumplings 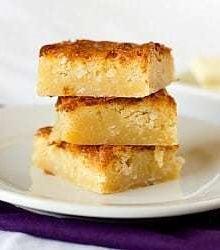