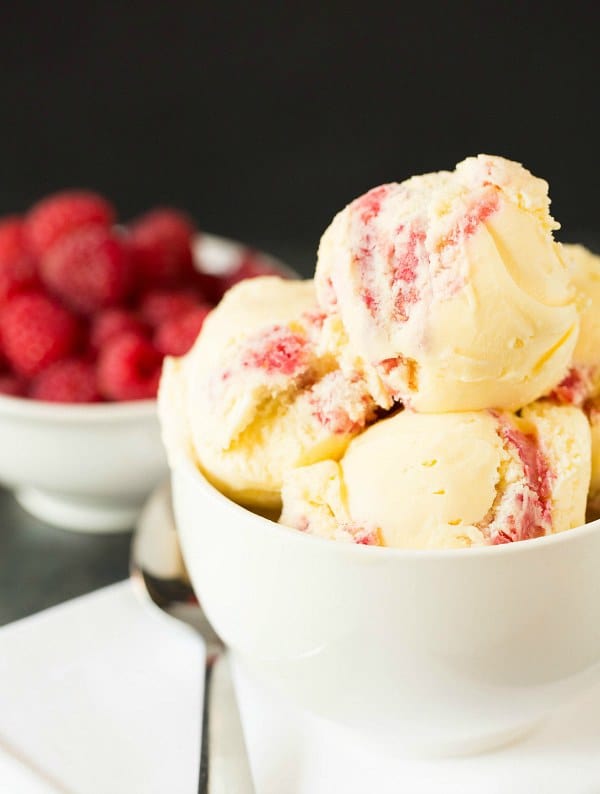 Now, on to this fabulous ice cream… a traditional vanilla ice cream base is augmented with white chocolate and then layered with a fresh raspberry swirl. I’m not big on white chocolate all by itself, but when combined with a complementary flavor like raspberry, it’s simply irresistible. 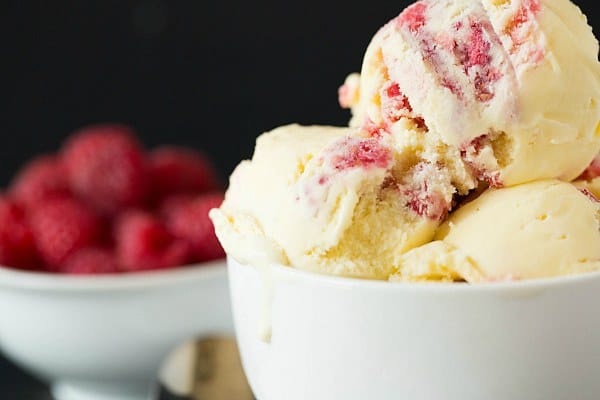 You can make the raspberry swirl as thin or chunky as you’d like. The way the recipe is written leaves chunks of raspberries in the ice cream (which I love), but if you’d prefer to strain the seeds out or have a smoother swirl, simply press the mixture through a fine-mesh strainer before layering it into the white chocolate ice cream. You’ll notice that there is vodka in the raspberry swirl ingredients; the alcohol keeps the swirl from freezing completely and becoming icy. You can omit it, but know that the texture of your raspberry swirl may be a bit compromised.

I love the mellow smoothness of the white chocolate ice cream, and the punch of flavor that the raspberries give it is absolutely perfect. Have you churned up any good ice cream lately? Any requests for this summer? 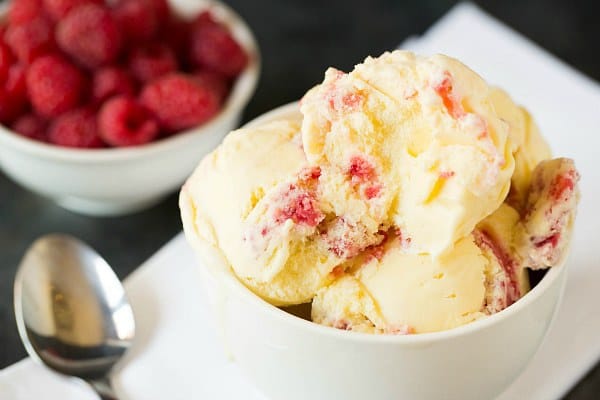 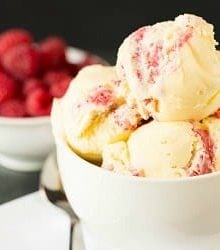 For the Raspberry Swirl: