These apple cupcakes are subtly spiced, full of fresh, shredded apple and topped with a cinnamon-cream cheese frosting. 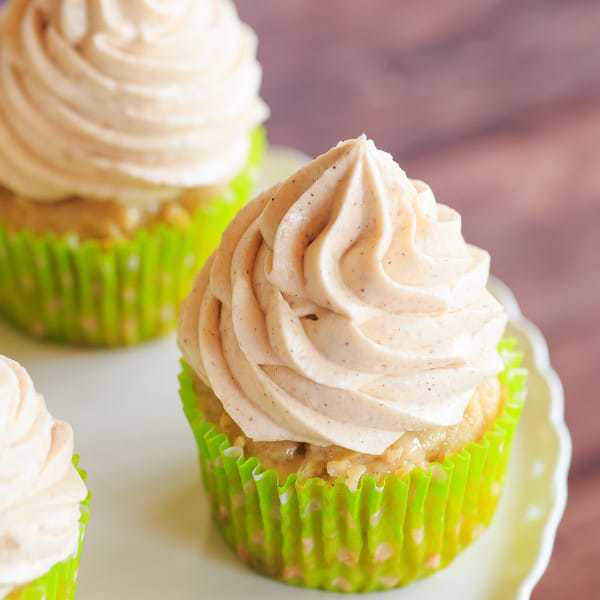 It may be 90 degrees outside, but Labor Day is behind us, which means that I have officially shifted to fall mode. Two of my favorite fall flavors are apples and cinnamon, so the combination was a no-brainer when I was trying to decide what to make for dessert this weekend. There is no subtlety here – the cupcakes are packed with fresh shredded apple and the cream cheese frosting is full of warm, fragrant cinnamon. 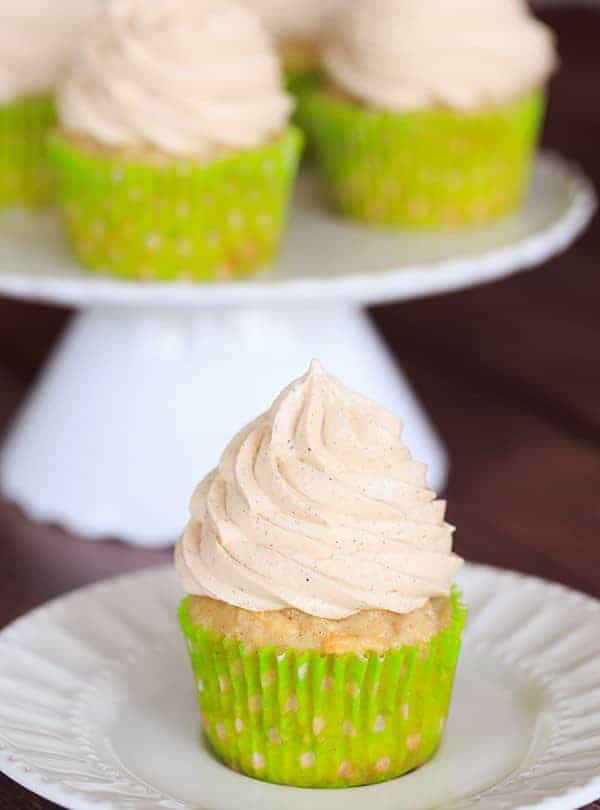 The apple cupcakes are incredibly moist and slightly dense – very similar to the texture of a muffin, which I love.

I chose to do a cinnamon-cream cheese frosting because there is a chain of family restaurants in the Pittsburgh area (King’s) that serves their apple pie with cinnamon ice cream. It’s my husband’s favorite dessert there, and the first time he ordered it, I couldn’t believe that the cinnamon ice cream was PINK. Crazy! That aside, it is a fantastic combination and it was the first thing I thought of when deciding what type of frosting I wanted to use for these cupcakes. Cinnamon-cream cheese frosting was a solid choice. 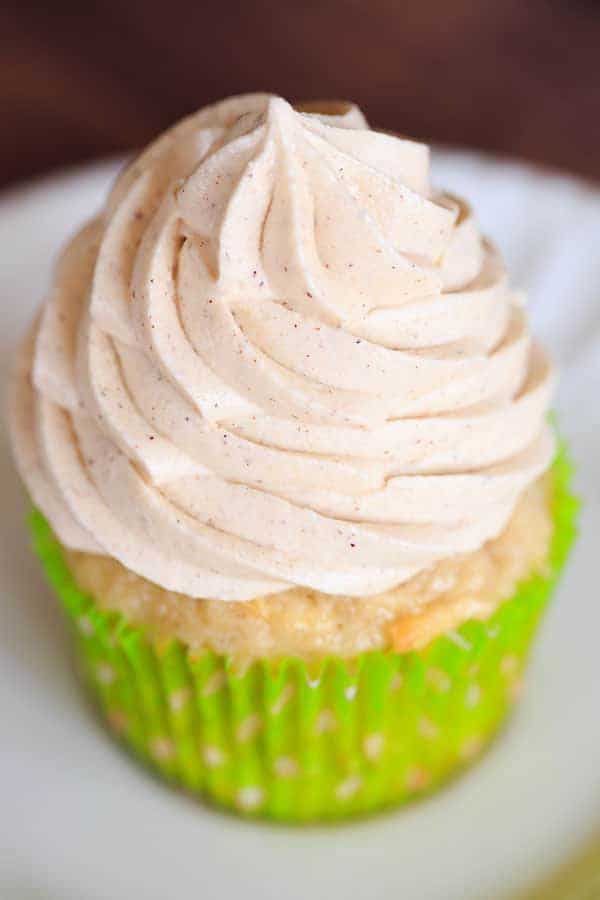 The combination really makes these taste like apple pie with a huge dollop of spiced whipped cream. Which, of course, is fantastic.

I don’t care what the temperature is outside, I’m jumping on the fall train and riding it the whole way to Thanksgiving! 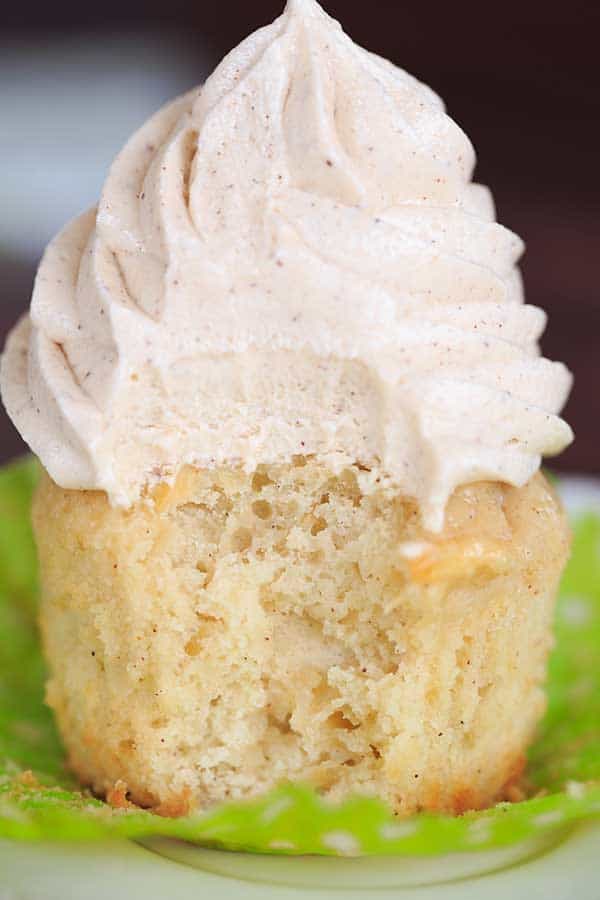 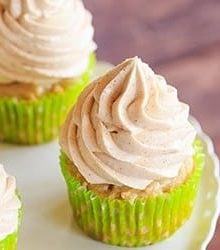 For the Cinnamon-Cream Cheese Frosting: