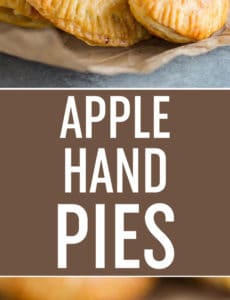 These Apple Hand Pies are portable and delicious, and bring back memories of those little pies in the grocery store checkout line. You could use this base pastry recipe and mix and match all sorts of pie fillings to suit your tastes and use up seasonal fruit. 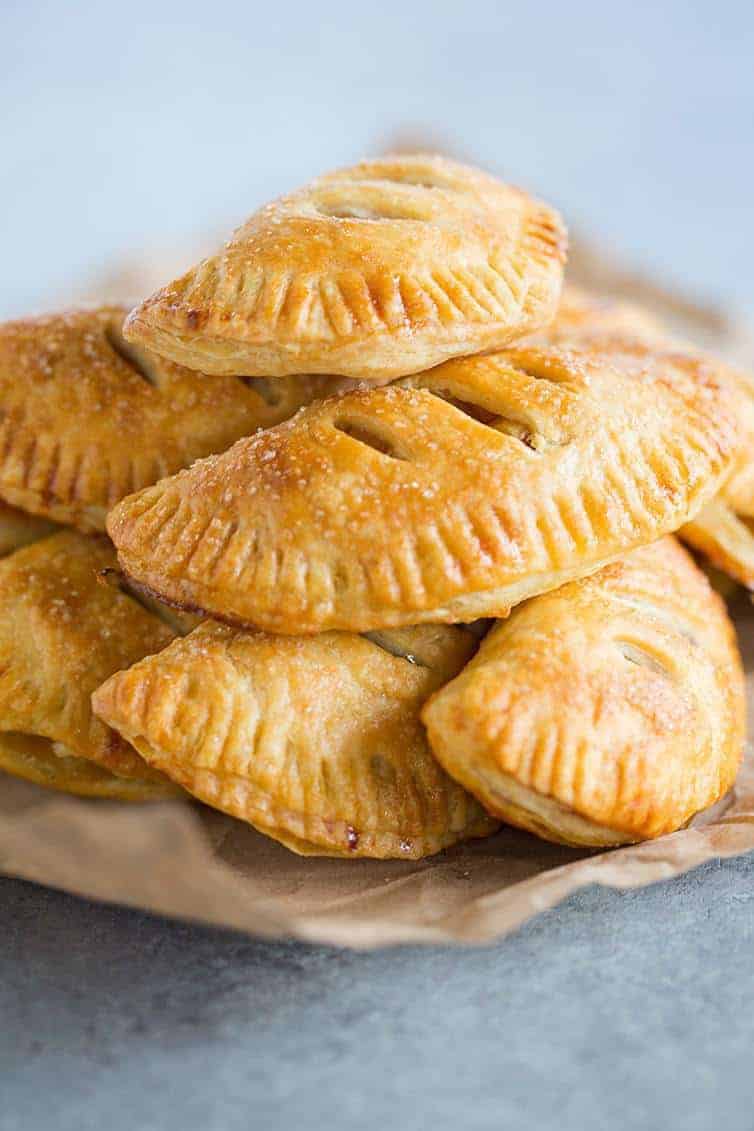 Apple Pie: rustic, flaky, tart, and spicy. The most iconic of American traditions.

These marvelous little pies package up the best parts of apple pie, eliminate a lot of the work, and deliver scrumptious, addictive fruit-wrapped-in-crust that can be stowed away in your pocket for safe keeping.

I originally shared these apple hand pies with you way, way, wayyyyyyy back in the dark ages of 2008. It’s been quite a long time since I’ve made them myself, but when Joseph saw an episode of his favorite show, Hey Duggee, and it featured an apple pie, he proceeded to walk around the house saying “apple pieeeeeeeee” for days and days. He’d never had apple pie; how could I deprive my child of something so delicious?? I immediately thought of these hand pies, since they would be much easier for him to eat than a slice of apple pie, and I got baking! 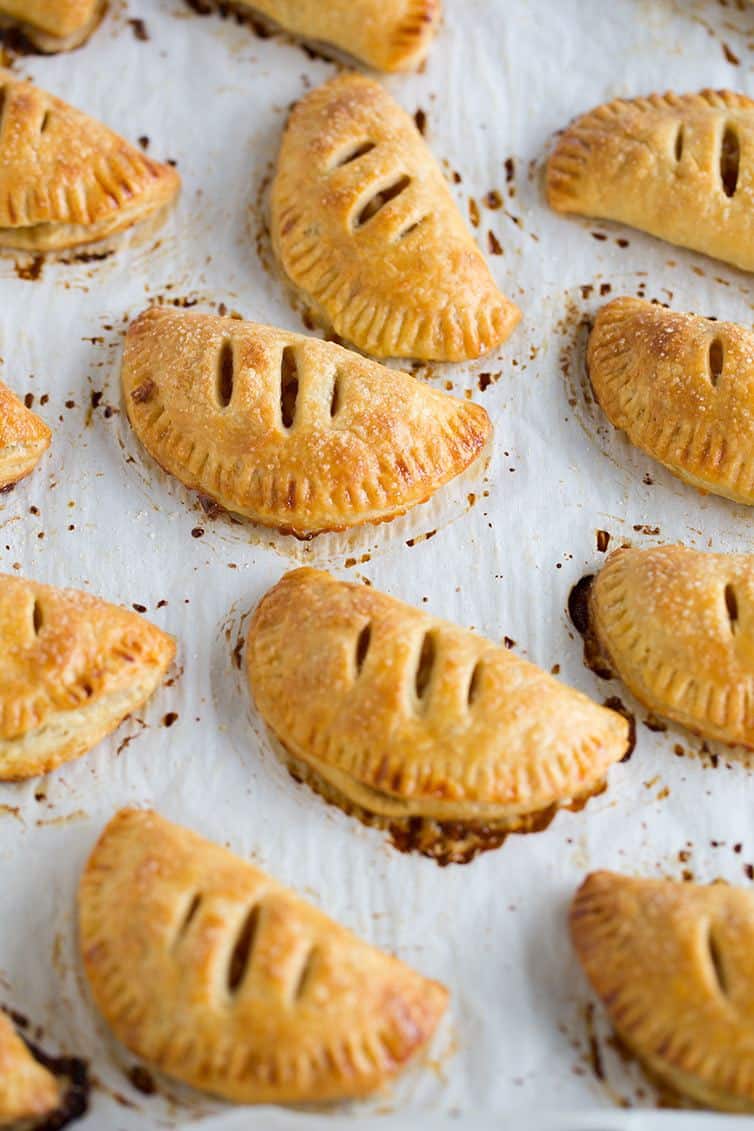 The dough for this recipe is really just incredible. I admit that I was somewhat skeptical at first, as it contained sour cream. I had never heard or seen sour cream used in a pie or pastry dough before, so it certainly caused me to raise an eyebrow. But like the good trooper that I am, I forged ahead. This dough has such an incredibly buttery, flaky texture, much like that of a laminated dough you would create for croissants. When you bite into one of these pies, the crust just flakes and shatters, which is basically a crust-lover’s dream come true.

I made two modifications to this recipe (and those changes are reflected in the recipe as it’s written below): 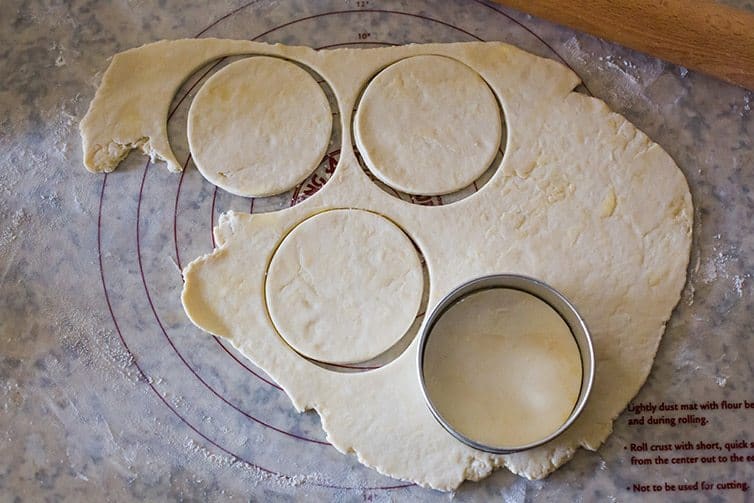 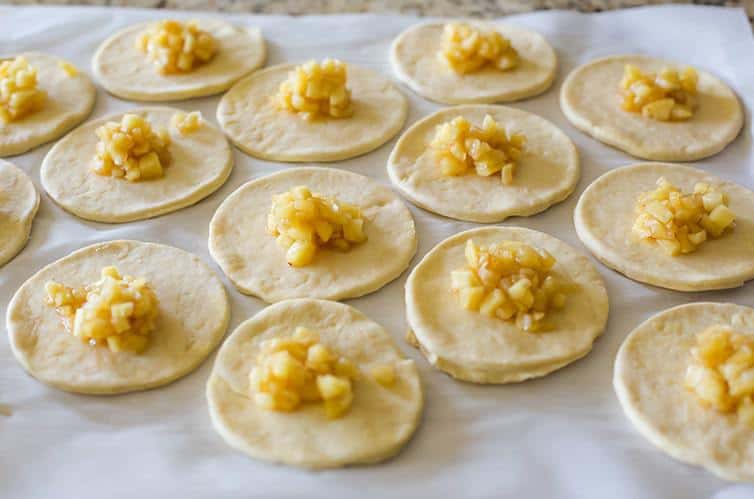 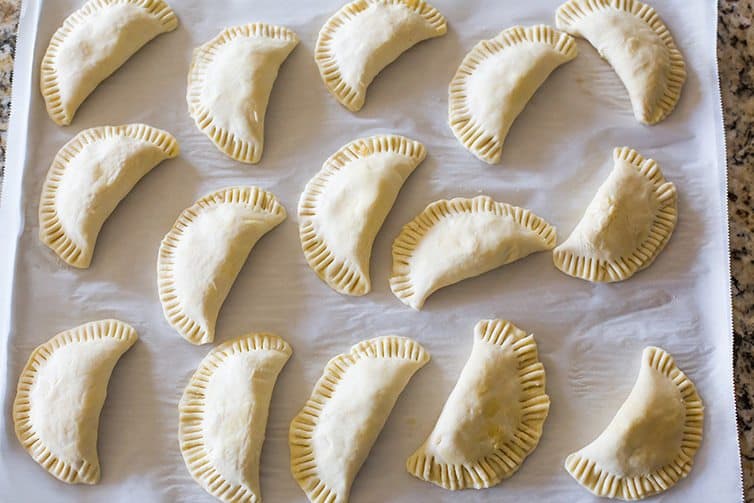 I couldn’t wait to get these baked and cooled enough for Joseph to try one. When I told him I had made him little apple hand pies, he said, “APPLE PIE?!?!”

I gave him half of one and he went over and sat on the fireplace, took a bite, and said, “Mmmmmmmm!” He polished it off quickly and then requested the other half. I’m so happy that I could make his apple pie dreams come true, ha! 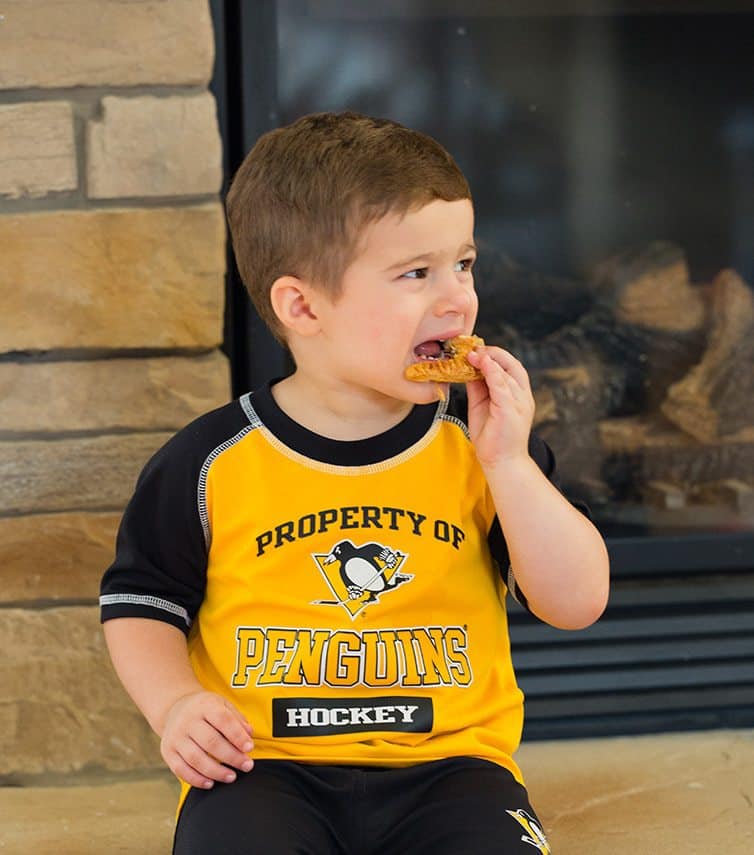 These hand pies are a fantastic option for changing up the traditional slice of pie and ice cream and would be especially welcome as a dessert at an outdoor gathering or one that included small children.

And really, for the kid in all of us – what’s much better than a slice of apple pie that you can pick up and carry around with you? 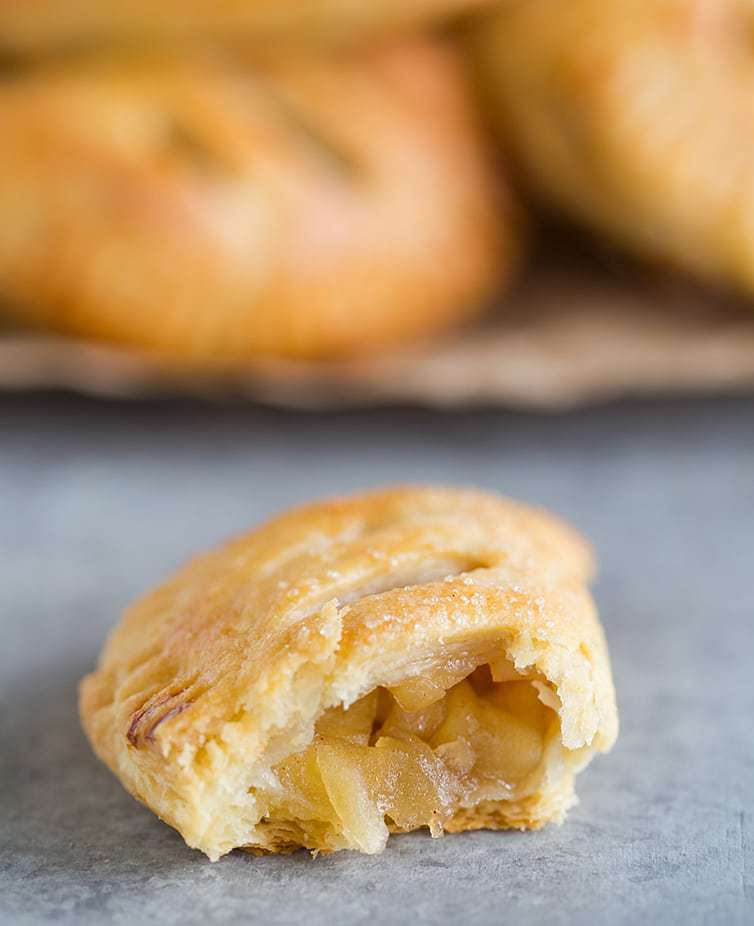 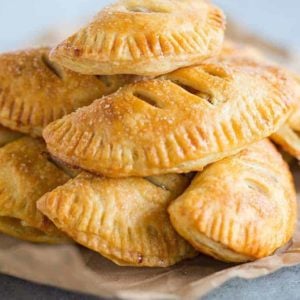 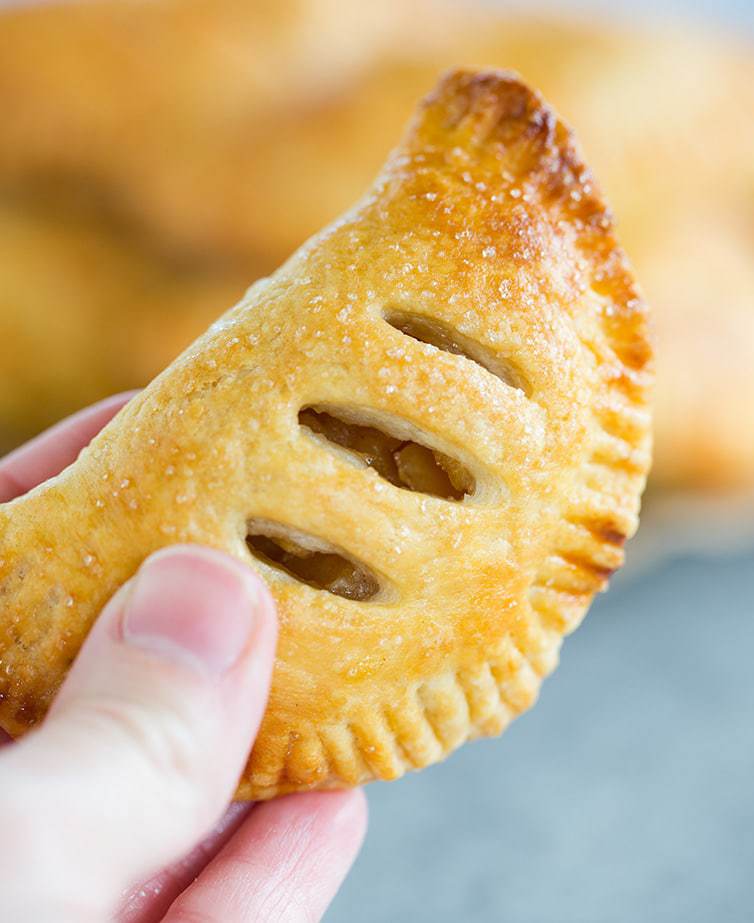 This recipe was originally published on October 15, 2008.