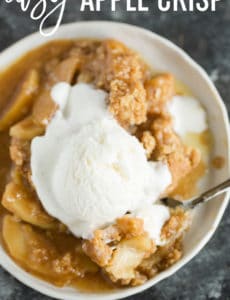 This easy apple crisp recipe is the best you will ever taste. Quick to prepare and bursting with flavor between the apple filling and oat crumble topping. A simple list of ingredients and straightforward preparation makes this THE apple crisp recipe to keep in your arsenal. Your fall baking just got significantly tastier! 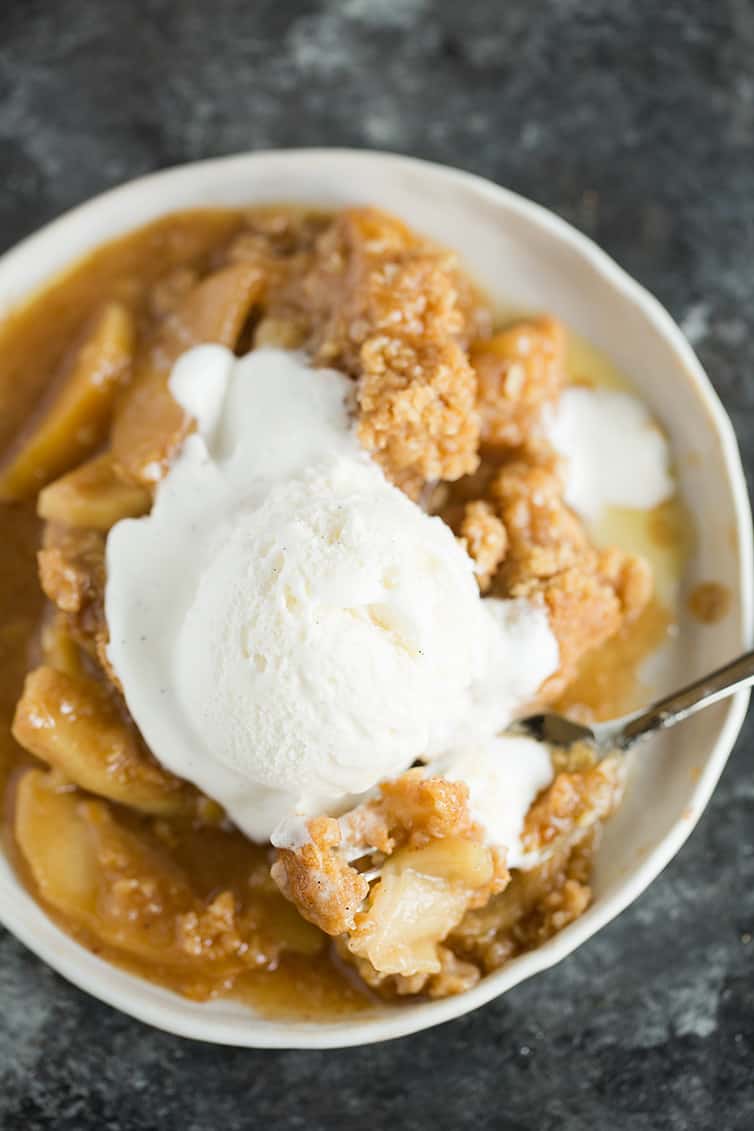 I can’t wait for another month or so, to be sitting at my kitchen table gazing out the window at our wooded hillside, seeing every different shade of green, yellow, orange and red starting back at me. The leaves changing are one of my favorite parts of fall and one of the main reasons I don’t think I could ever live somewhere full-time that didn’t experience all four seasons.

Do you go apple picking this time of year? I’ve never done it, but every time I scroll through my Facebook feed during the fall, I’m inundated with pictures of friends with their kids traipsing through orchards and collecting buckets of apples. If you’re overrun with apples, or are just looking for a great fall recipe, this apple crisp will win over your fall-loving heart in mere seconds. 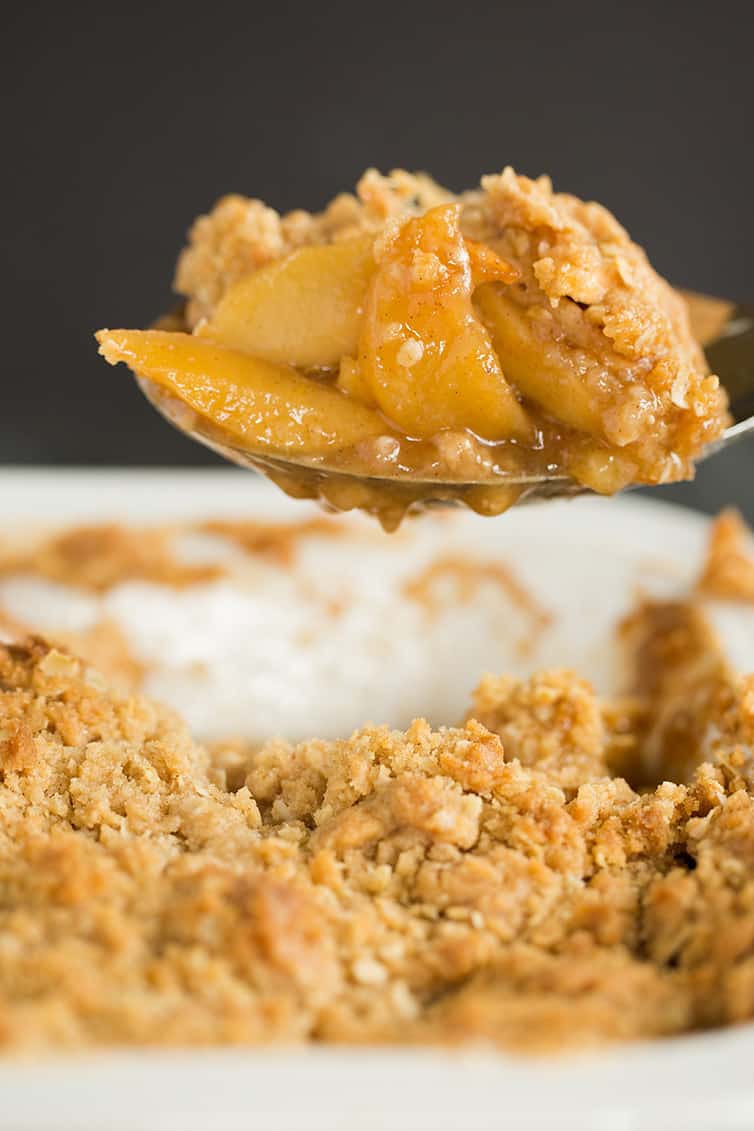 How to Make Easy Apple Crisp

I’ve made a lot of apple crisp recipes in the past, and while they were good, nothing really struck me as heads and tails above the rest… until I made this recipe. It is quite literally the BEST apple crisp I’ve ever had.

So, what makes this apple crisp so utterly amazing?

SO. MUCH. APPLE. FLAVOR. 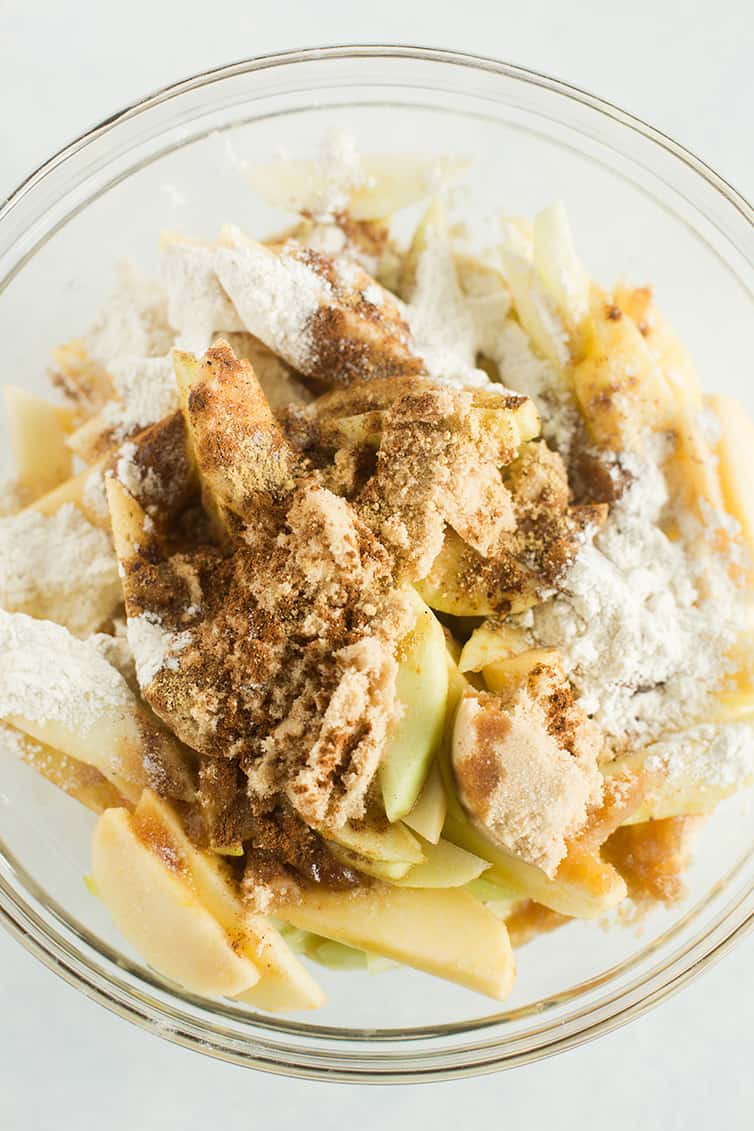 Here are the components for the filling: 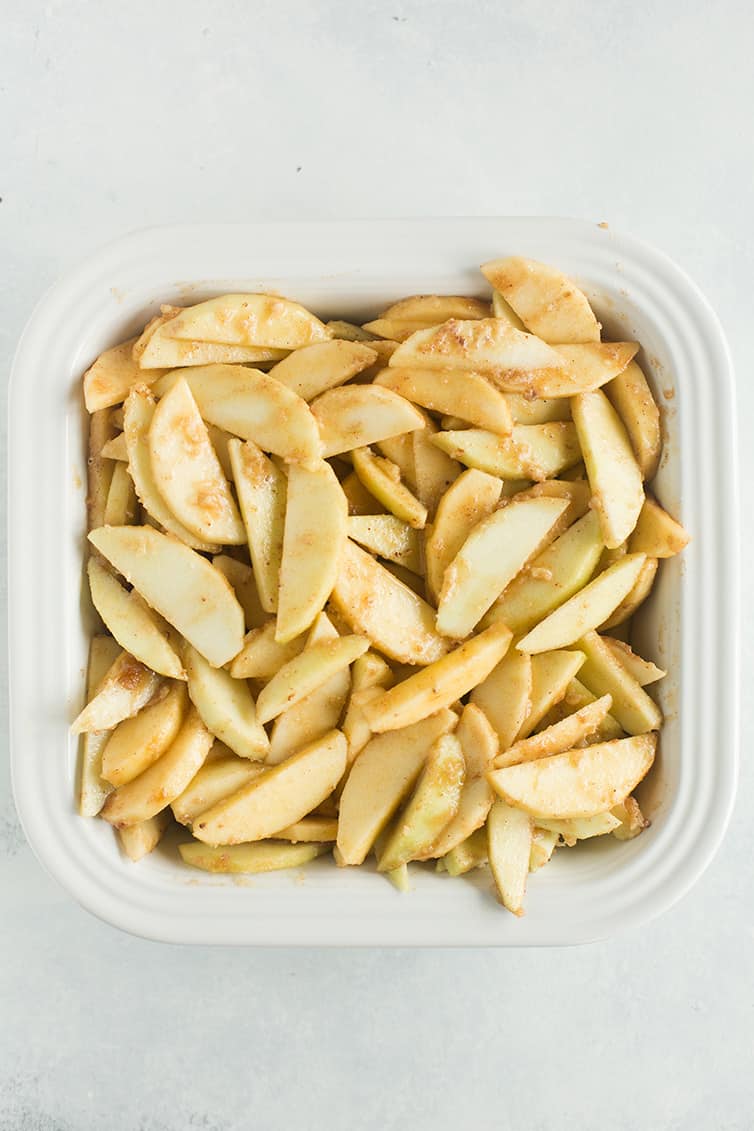 Perhaps the most common question I receive is:

What kind of apples are best to use for apple crisp? Truthfully, most any apple or combination of apples will work, so use your favorites (or the haul from a recent apple-picking excursion).

The only caution I have is that McIntosh apples are pretty soft and will break down when baking, so if you want to use them, I would do so in combination with another, firmer variety. 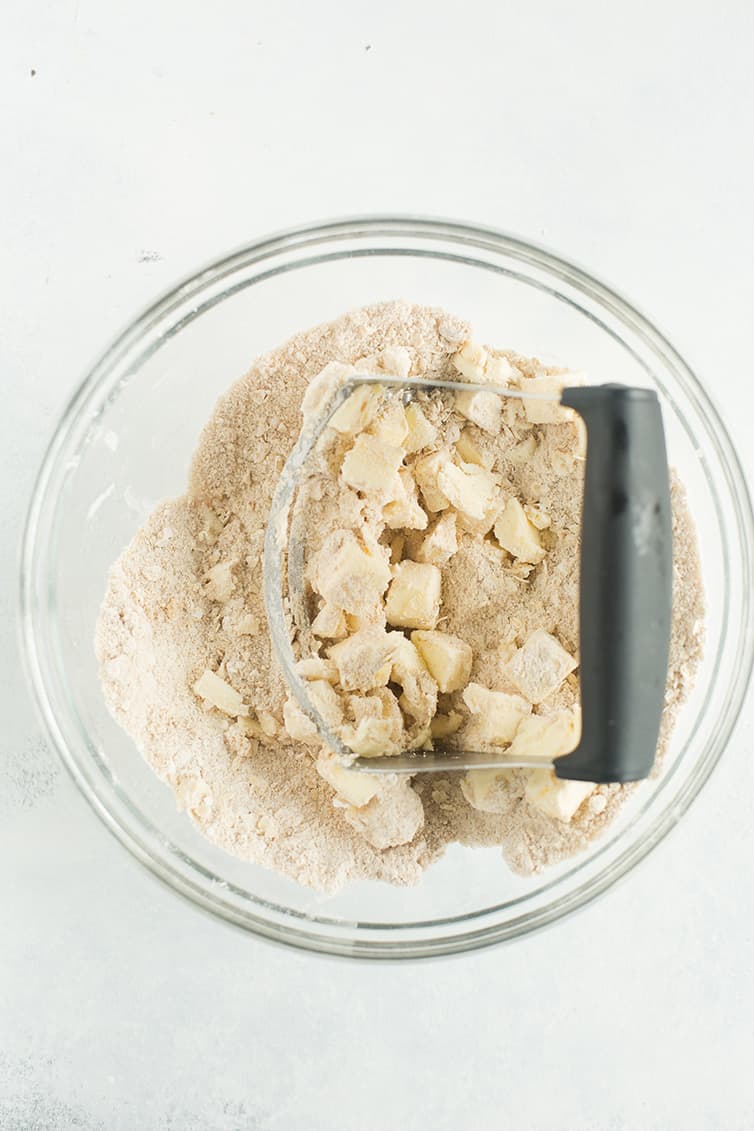 This is a wonderful crumb topping (flour, sugar, butter) and I love the addition of oats for a topping that’s hearty, and the crust lover in me has a tremendous appreciation for the ratio of topping to filling. It is NOT skimpy and provides the perfect balance to the warm apple filling. You can add some chopped walnuts or pecans for extra texture and flavor, if you’d like. 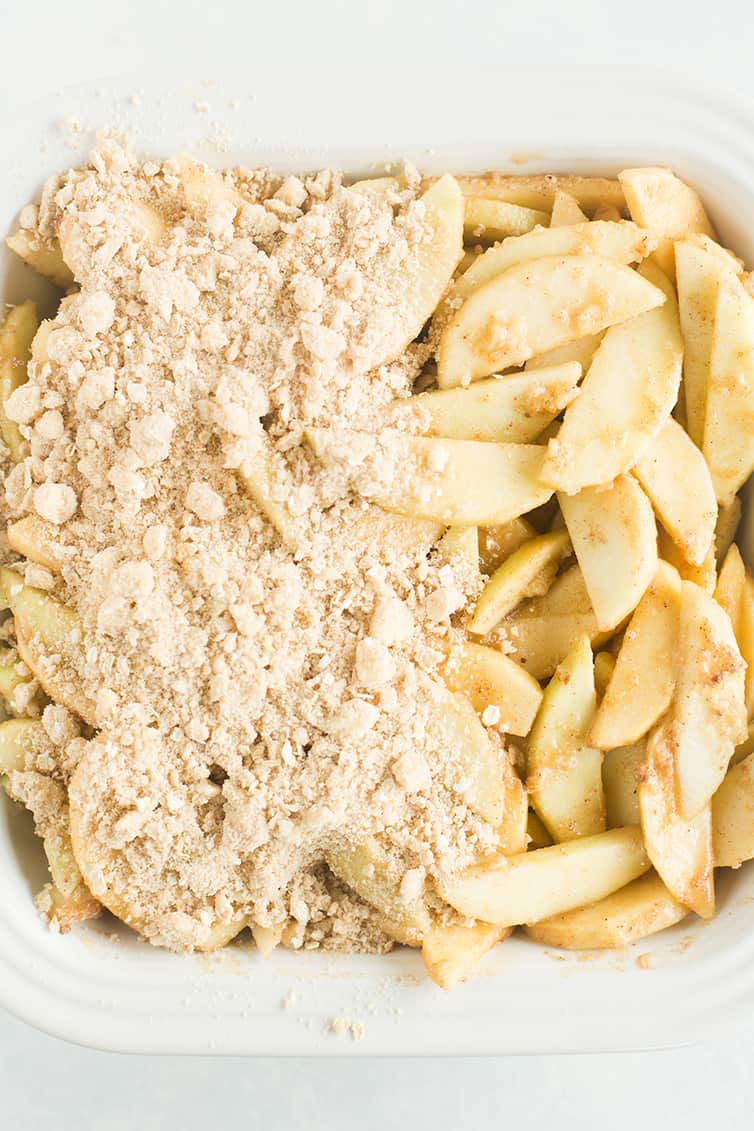 If you’re wondering what the difference is between an apple crisp and apple crumble, here’s a quick explanation: 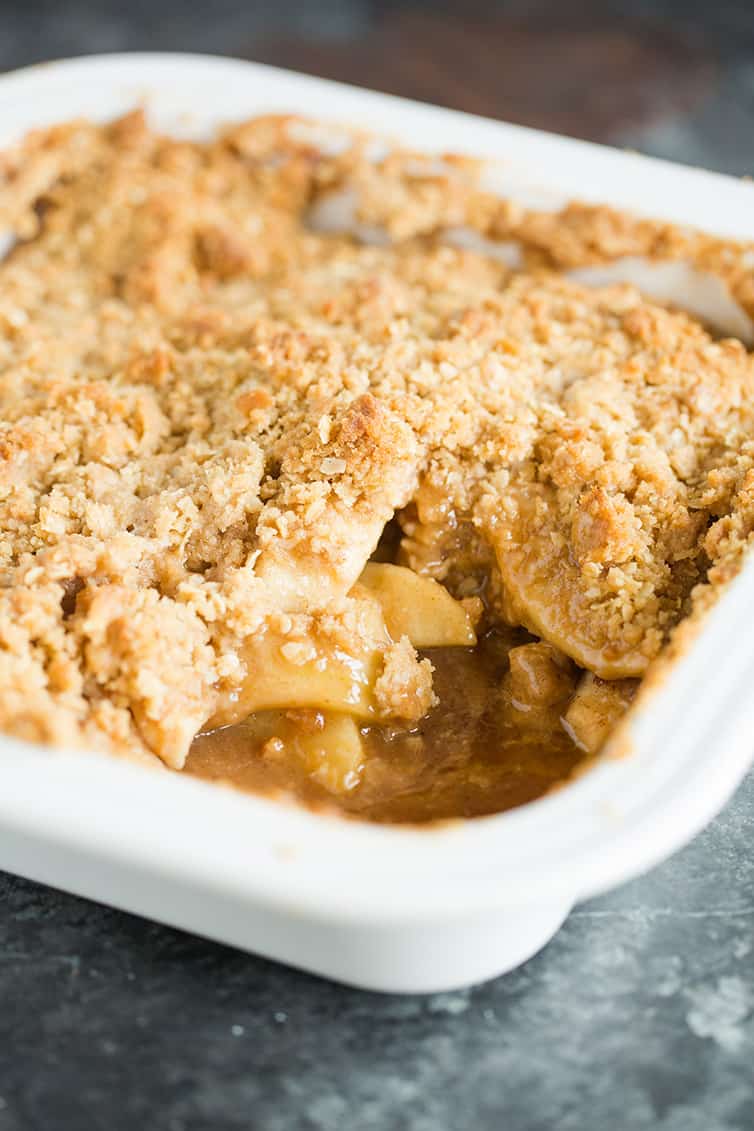 Making Ahead and Freezing Apple Crisp

This apple crisp really lends itself to making ahead and reheating. Below are some tips:

So there you have it – the end all and be all of apple crisp recipes. All that’s left is to add a scoop of vanilla ice cream and you have the absolute perfect fall dessert.

Now, grab your favorite apples and get baking!

If You Like This Apple Crisp Recipe, Try These: 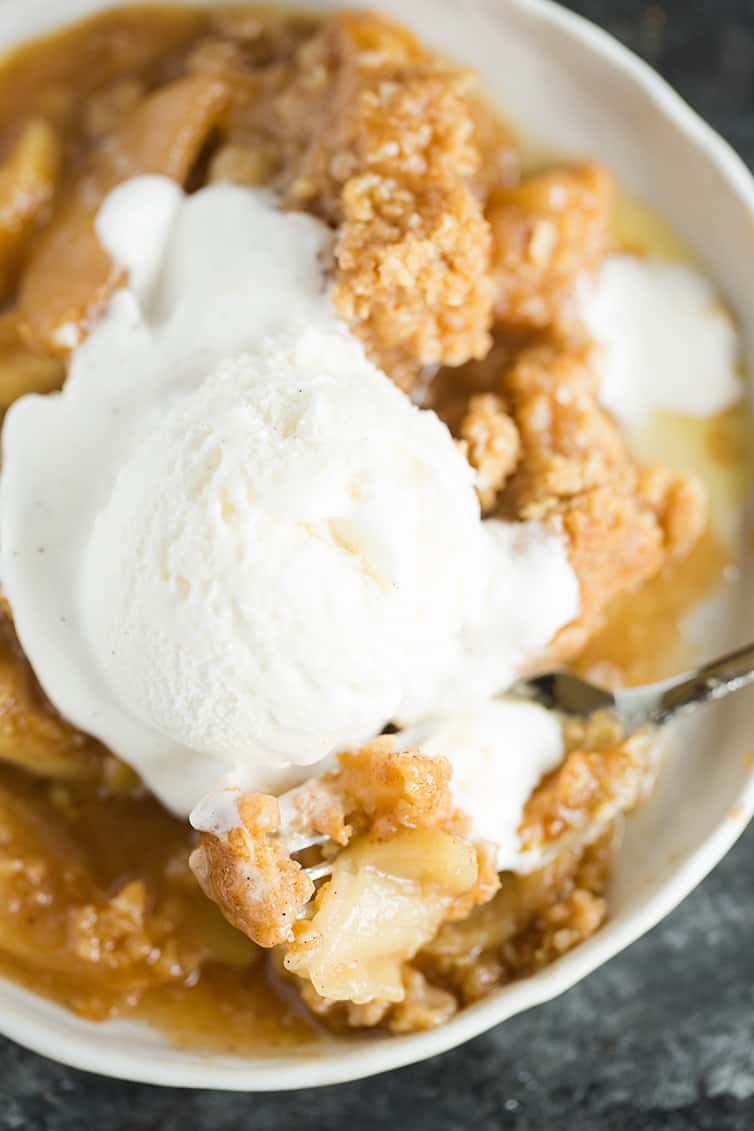 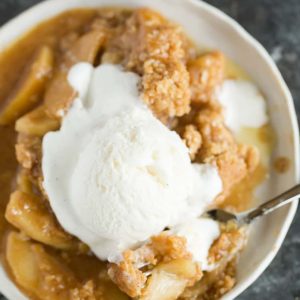