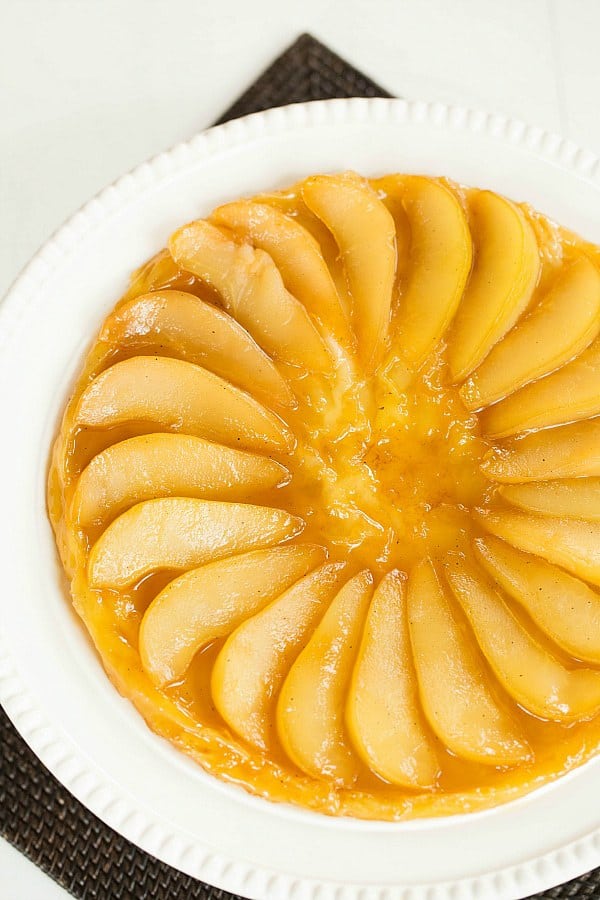 Can you believe that in the six and a half years that I have been sharing recipes on this site, that this is the very first pear recipe that I’ve posted? That’s legitimately insane. I thoroughly enjoy pears throughout the fall months; I eat them as snacks and I especially love them in oatmeal for breakfast. However, I have totally neglected baking with them. It seems that apples pretty much steal the show when it comes to fall baking with fruit. I do love apples, but I thought it was high time to let pears share part of the spotlight. This rustic pear tart is a perfect place to start. After all, anything that’s baked in a caramel sauce has to be fantastic, right?! 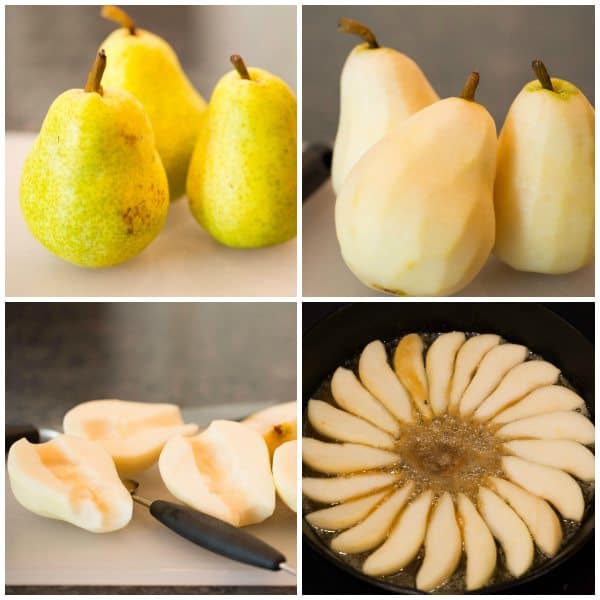 This tart starts with ripe pears that have been peeled, cored (a melon baller is a fantastic tool for coring pears!) and sliced. They are nestled into a homemade caramel sauce in a cast iron skillet, then topped with a round of puff pastry and the whole thing is baked off in the oven. It’s incredibly easy and the use of puff pastry eliminates the fuss of a traditional pie crust, which keeps some folks from trying homemade pies and tarts. I like to think of puff pastry as a stepping stone. 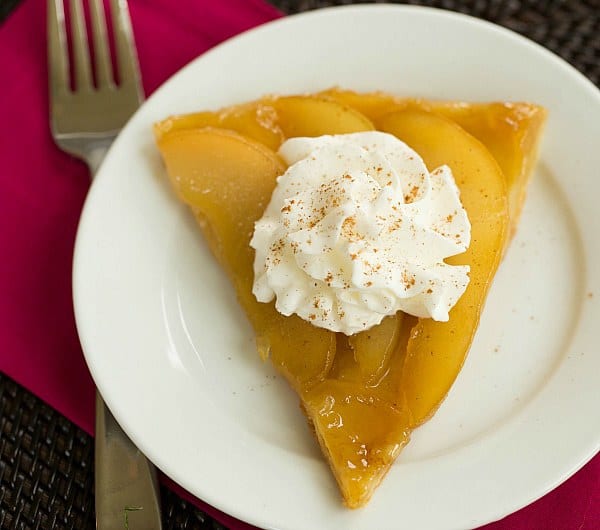 The only slight issue I had while making this is when inverting it onto the serving platter, a number of the pear slices stuck to the pan in the caramel. It was easy enough to just pick them up and place them back onto the tart, though. 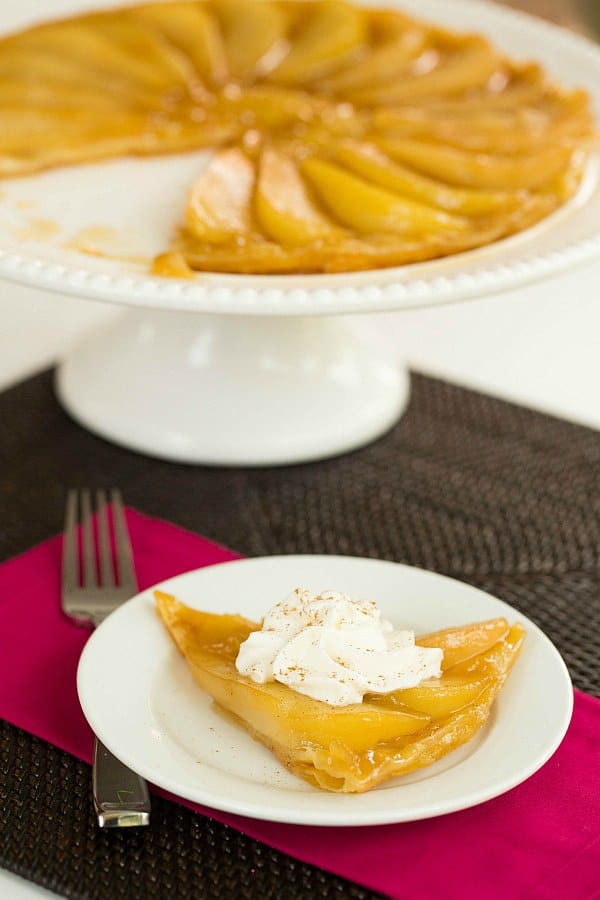 The contrast of flaky puff pastry with tender pears and a rich caramel sauce is fantastic. Here’s to some new fall baking! Do you have a favorite pear recipe? 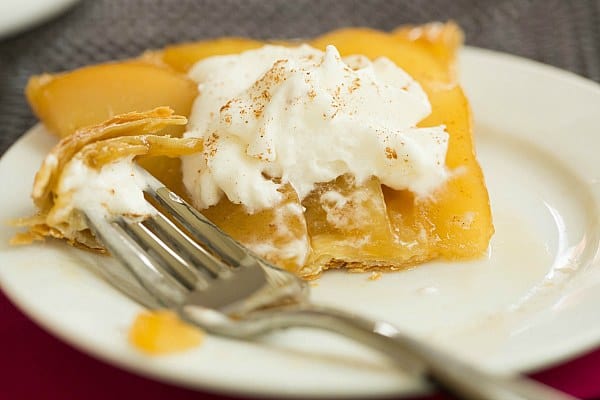 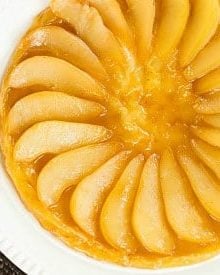