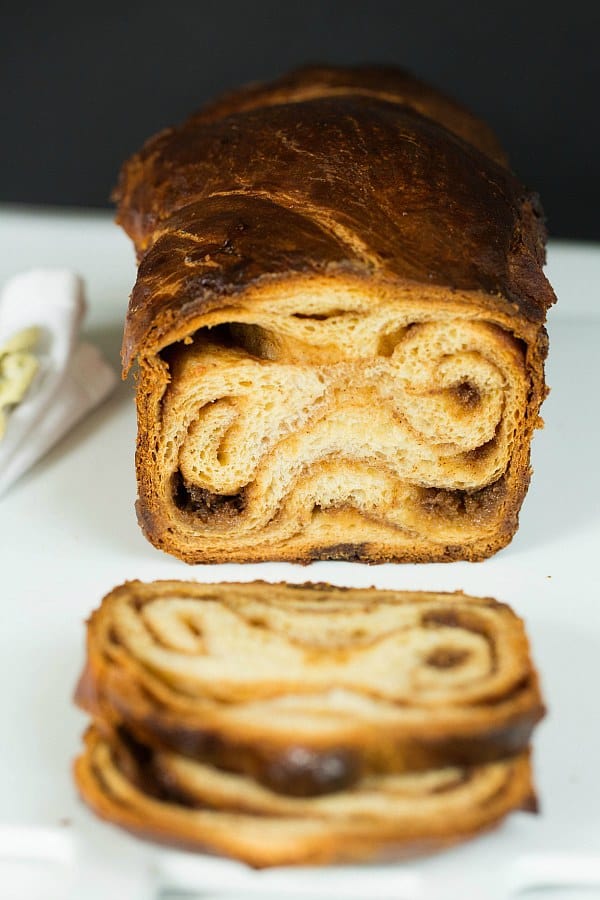 When I was a kid, I enjoyed a lot of sleepovers at my grandma’s house. My mom said it all started when my sister was born and would be awake from 1am until 5am, just in time for me to wake up. My grandfather was retired and my grandparents lived right down the street, so when my dad left for work, my grandpap would come to pick me up so my mom could sleep while my sister slept. The result? I became extremely attached to my grandparents. My mom said there were days I would cry because I didn’t want to go back home.

My grandpap passed away when I was only five, but sleepovers continued at my grandma’s for years and years. My sister, my cousin Kristy and I would stay over nearly every weekend and for days on end in the summer. Weekend nights at my grandma’s were extra-special, as she would make Boboli pizzas for us and we would eat in front of the television and watch TGIF on Friday nights (Full House, Family Matters, the works!), and on Saturdays we would watch The Golden Girls, Empty Nest, Mama’s Family, and then stay up late and watch Star Search. Can you say EIGHTIES?!

In the morning, I distinctly remember three things my grandma would routinely have for breakfast: (1) Bagels and cream cheese. Except my grandma, the genius that she was, wouldn’t just cut the bagel in half, she would actually slice it into fourths. Hello, very high cream cheese to bagel ratio! Such a smart lady. (2) Cinnamon swirl bread. This was no ordinary cinnamon bread, and I have not been able to find it in stores for the better part of a decade. Not only was it a cinnamon swirl, but the top of the bread had a crumb topping, like crumb cake. It was amazing! (3) Brown Sugar Cinnamon Pop-Tarts. Self-explanatory :)

(Would you be shocked to hear that I put peanut butter on both the cinnamon bread and the Pop-Tarts? Of course you’re not shocked.)

As soon as I took a bite of this cinnamon babka, I was flooded with memories of Sunday mornings at my grandma’s house. It tastes like a combination of that fabulous cinnamon bread we used to have, as well as the filling in the Brown Sugar Cinnamon Pop-Tarts (except much tastier, obviously!). 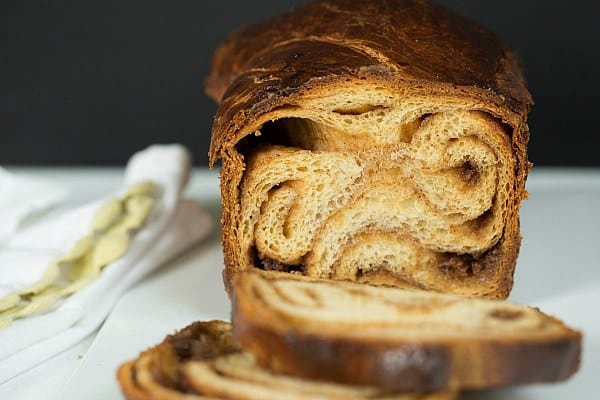 I may have become addicted to babka-style breads without realizing it. Quite a few years ago I made this chocolate babka, and then just last month I made an apricot cream cheese babka. I love the intense swirls of babka, which ensures that every single bite will have a substantial amount of filling in it. That’s uber important in a seriously swirl bread, right?

While this babka does take some advance planning since there are three separate rise times, it is, without a doubt, 100% worth making. The dough is easy and forgiving, so even if you haven’t spent a lot of time working with yeast, it’s nearly foolproof. I urge you to give it a go, even if it means stepping a bit outside of your comfort zone. 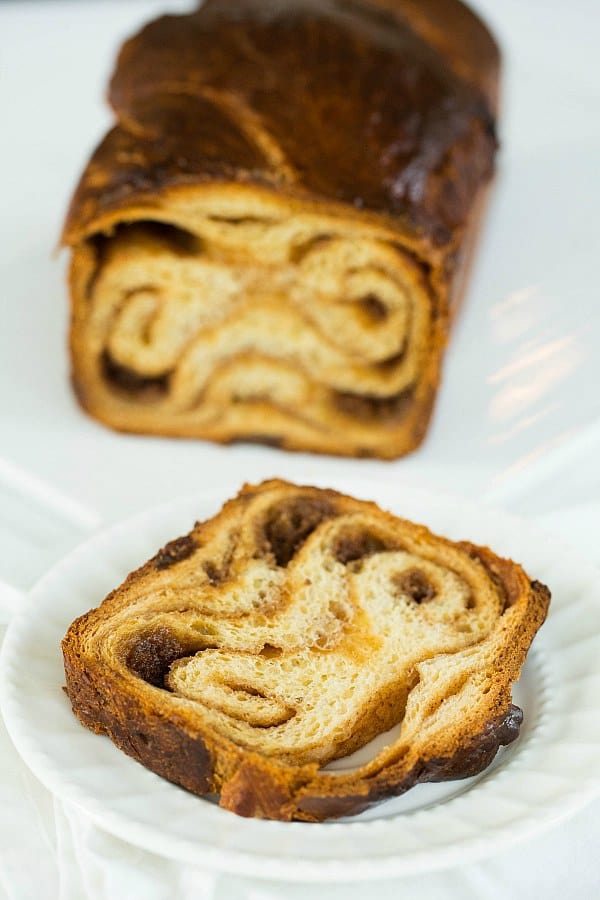 I’m so glad that I carved out the time to finally make this bread, which I’ve had my eye on for months. It brought back so many wonderful memories and made me realize what a lucky little girl I was to be able to spend such an abundance of time with my grandma. It’s time that you can never get back and I know, without a doubt, that mine was spent in the best way possible. 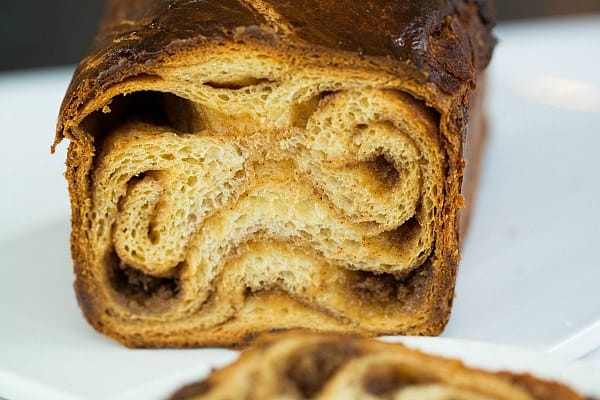 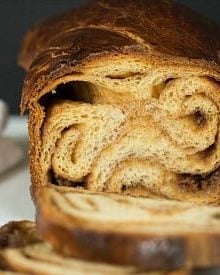