As far as I’m concerned, there are two types of nachos in this world…

First… the round tortilla chips and bright orange liquid cheese that is served in a plastic container at sporting events. That smell will forever and always remind of going to hockey games with my parents as a kid.

Second… the “gourmet” nachos. They’re the nachos that are found in the appetizer section of a menu at a restaurant with really fantastic food. Those nachos? Also memorable, but for a completely different reason. You’ll usually find those piled high with meats, cheese, beans, onions, and all sorts of toppings. It’s an appetizer of the gods. I’ve had a couple of such nacho platters in the last year or so, and wanted to recreate the same magic at home. Football season seems as good a time as any to undertake such a project, so I gave it a whirl this weekend. 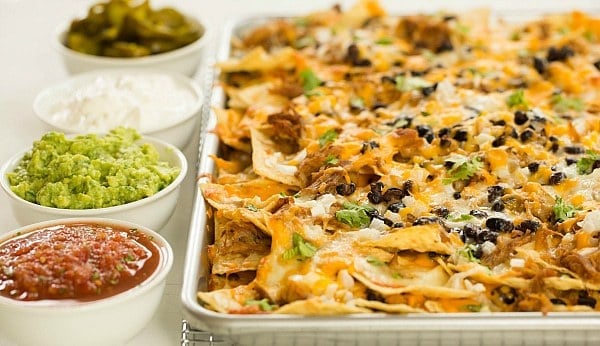 I built these nachos around a beer-braised pork shoulder roast that I put in the slow cooker overnight. I had to take the puppy out around 4:30am and as I walked through the kitchen, I was seriously tempted to open the lid, grab a fork and start tasting. The smell was amazing. My desire for sleep trumped food at that hour, so I held out for the next day. 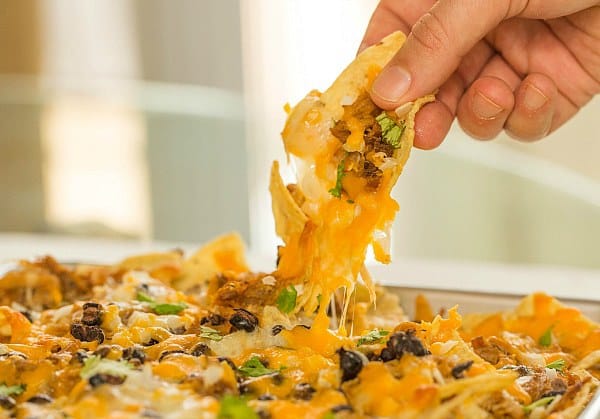 These nachos are built with layers of the carnitas, black beans, white onion, Monterey Jack and cheddar cheeses. Once out of the oven, I sprinkled the top with some fresh cilantro and had my favorite salsa and guacamole on hand, along with sour cream and pickled jalapeños for topping. I’d argue that the toppings are just as important as the nacho components themselves, so I highly recommend going all-out with the toppings that you love. 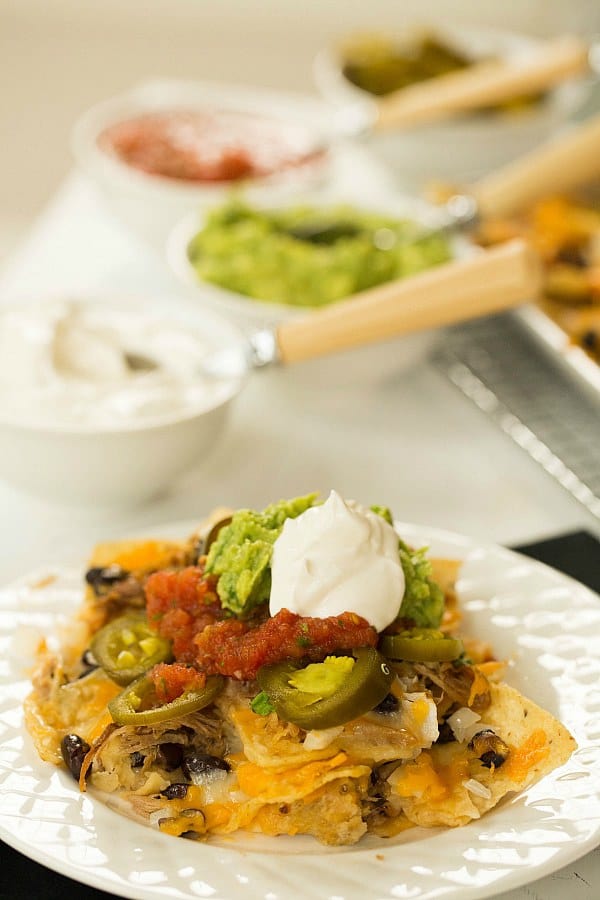 I piled a plate high with nachos and my favorite toppings, then proceeded to plop myself on the couch in front of the TV on Sunday afternoon. This recipe makes enough nachos to feed a crowd, so if you only have a few hungry mouths to feed, you could safely cut this recipe in half. Lucky for us, we had leftovers for Monday Night Football.

What are your favorite nacho components and toppings?

P.S. If you’re looking for an alternative to the pork carnitas, you may want to give these short ribs a try. I’ve made them as tacos and they’re outstanding! 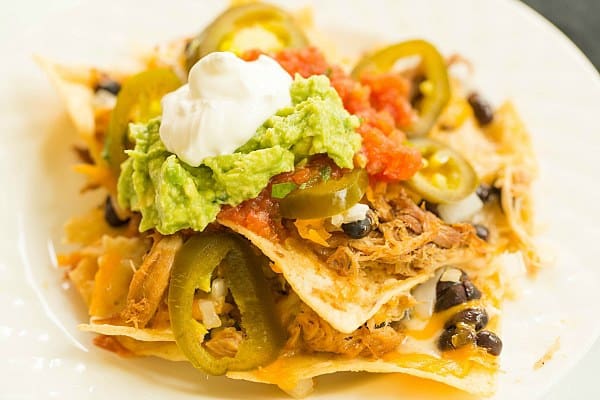 For the Beer-Braised Carnitas: