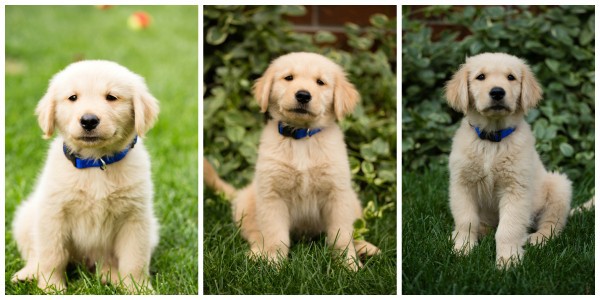 1. Duke is growing! He will be 11 weeks old on Sunday, and is definitely developing his own little personality (as well as some super long legs). He’s starting to look more and more like a “grown-up”. Last week a couple of you suggested some side by side photos (awesome idea!) so you could see his progress, so I made a little collage. I’ve been taking a photo of Duke every Monday, so above are pictures of him at eight, nine and ten weeks. So much change already!

2. Duke and Einstein have been getting along well and playing quite a bit. Sometimes Duke takes his puppy raucousness too far and takes one bite too many out of Einstein’s ear, face, mouth, tail (you name it), and Einstein has to put him in his place. We dubbed this photo “The Honeymoon Is Over”: 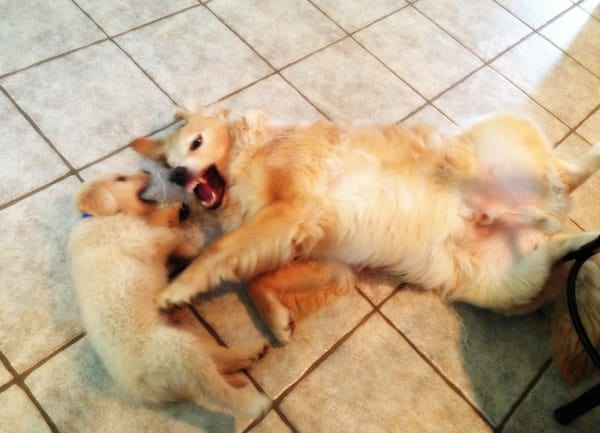 4. I know many of you have been asking for some details about our wedding… a post is coming soon, I promise!

6. I don’t feel like I ate nearly enough soft serve ice cream cones this summer. Maybe I can remedy that during fall since most of the soft serve places around here stay open into November. We’ll call it Operation Sprinkles.

7. Fall shows are finally on their way back! We caught the season premiere of Boardwalk Empire a couple of nights ago, and I’m counting the days until the Homeland premiere. What shows are you watching this fall?

8. I went to Costco last week and it was stacked with Christmas decorations. Did I miss Halloween? That being said, I can’t wait to deck the halls in our new house this year!

9. We moved into our new house at the end of May. It’s only 3.5 miles (less than 10 minutes) from a Chick-fil-A, and I have yet to get food from there. I just realized yesterday how absolutely ridiculous that is, and I vowed to remedy it today. Waffle fries, here I come!

10. TGIF! Here’s to learning something new this weekend! 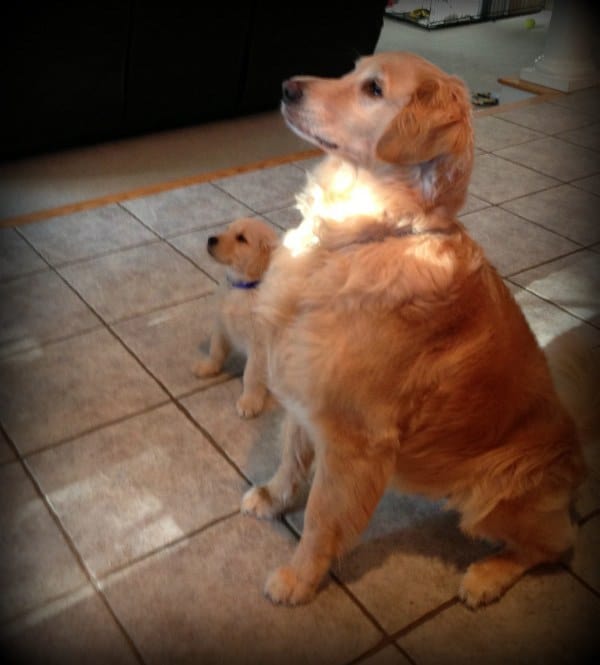