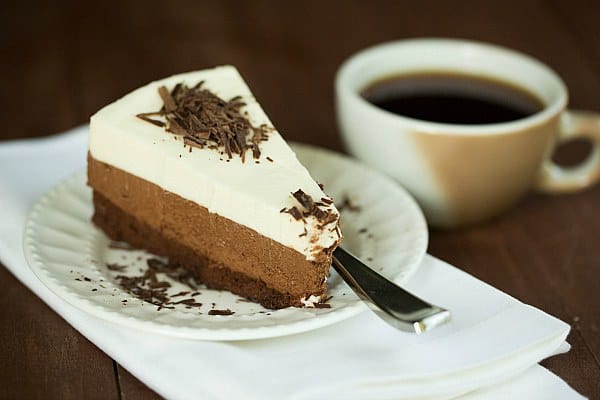 I have been tempted by Triple Chocolate Mousse Cake for well over three years now. I’ve seen a variety of recipes in a number of different places and have bookmarked it and doggy-eared it countless times. One day last week, my Chief Culinary Consultant mentioned that it had been awhile since I had made a big ol’ fancy cake. A show-stopper, as it were. Challenge accepted. I sifted through my notes, spreadsheets and cookbooks to see what I might want to bake up, when a page from a long-gone Cook’s Illustrated magazine fell out of a binder. The Triple Chocolate Mousse Cake. It was destiny. 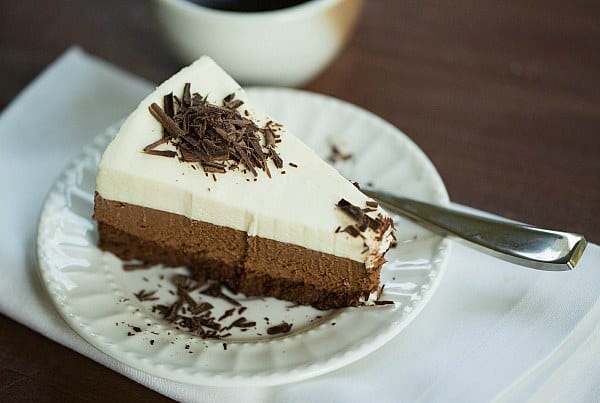 This triple layer cake is the trifecta of chocolate deliciousness. The bottom layer is a flourless chocolate cake… the middle layer is a light dark chocolate mousse… and the top layer is an even lighter white chocolate mousse. The combination of the three is rich, intensely flavorful and silky smooth. It’s a fabulous dessert to pair with coffee and enjoy slowly, lingering over each bite.

This cake is the holy grail for any chocolate lover. It takes a bit of time, but the assembly is relatively easy and absolutely, 100% worth it. You owe yourself this treat! 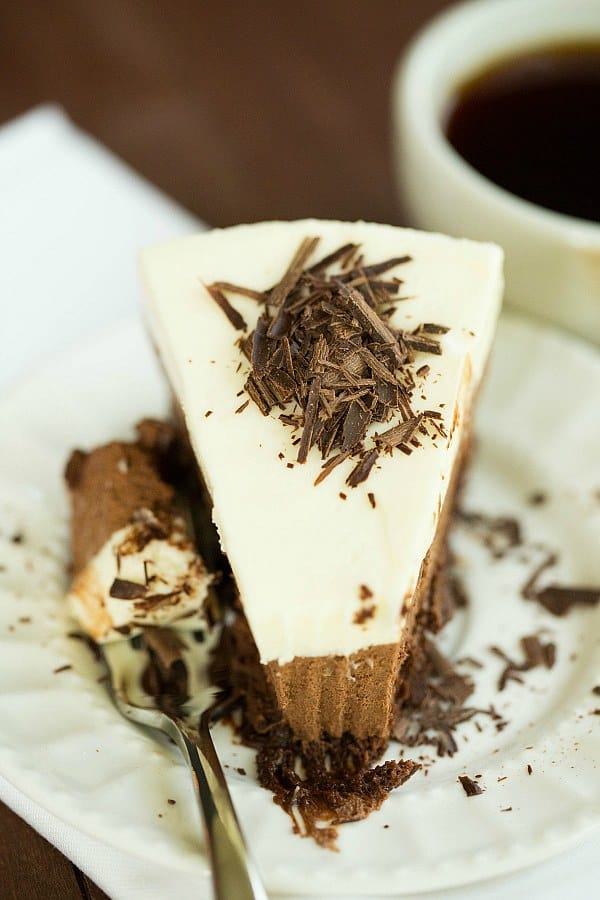 One year ago: Oatmeal-Raisin Ice Cream
Two years ago: How To Make a Rainbow Cake
Four years ago: Polenta Pizza 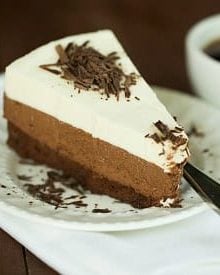 For the Bottom Layer

For the Middle Layer:

For the Top Layer