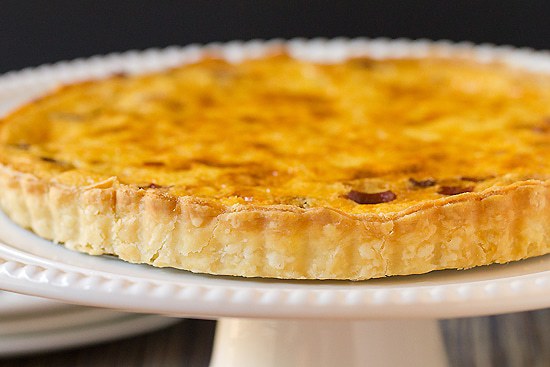 So, it seems as though I might live in a tiny bit of a bubble. A few months ago, my Chief Culinary Consultant and I were watching an episode of Rock Center with Brian Williams and they were running a story about how so many people in our society live in a bubble. They were featuring an author who had written a book on the subject, and who also created an online quiz, called “How Thick Is Your Bubble?” As soon as the segment was over, my Chief Culinary Consultant hopped on his computer and I jumped on my laptop to take the quiz. “Of course I don’t live in a bubble, fun quiz time!” is what was bouncing around in my head. Twenty questions later, I hit the submit button and was presented with my results. It said that my bubble is so thick that I don’t realize I’m even in one. Whaaaaaaat?? Talk about BURSTING a bubble!

That’s not all. How many of you watch Parks and Recreation? I’m convinced that Ron Swanson is, by far, the most awesome character on TV right now. Everything that comes out of his mouth is gold. My Chief Culinary Consultant coyly mentioned during the season finale that there are some similarities between me and Ron Swanson and while I feign insult, the truth is, it’s pretty spot-on. Bubble? Check. Not big on change? Check. Avoids public masses? Check. I suppose there are worse TV characters to be compared to ;-)

When I started thinking about recipes for Memorial Day weekend, which is usually all about cookouts and picnics, and my Chief Culinary Consultant suggested quiche, I almost fell over. What? Quiche for picnic food?! Quiche is brunch food. Holiday brunch food. Baby shower and wedding shower brunch food. Definitely not picnic food. Picnic food is hot dogs, hamburgers, corn on the cob, baked beans, watermelon, and a dessert that invariably involves Cool Whip. He disagreed, and set out Googling. Turns out, apparently, that quiche is a pretty common item on a lot of picnic menus, and it seems to be especially popular for picnics in the UK. Okay, so I live in a bubble. I concede. I’ll make that quiche, and I’ll raise you some bacon and cheese. 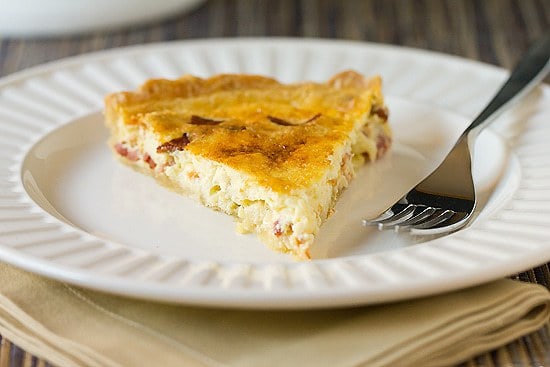 I loved this quiche recipe for many reasons, but especially because it was baked in a tart pan, instead of the traditional pie plate. Maybe it’s just me, but I think anything baked in a tart pan with that perfectly scalloped pie crust is instantly gorgeous. When that crust is filled with a creamy mixture that includes lots of bacon and cheese? Gorgeous and delicious. I was shocked by how quickly you could throw this recipe together. I mixed the crust in 5 minutes, and was able to assemble the filling while the crust was in the oven. It took nearly zero effort, and I was rewarded with the trifecta of pie crust, bacon, and cheese. It’s hard to beat that! I’m happy to be working my way out of my bubble, and will now add this quiche recipe to potential picnic recipes in the future. 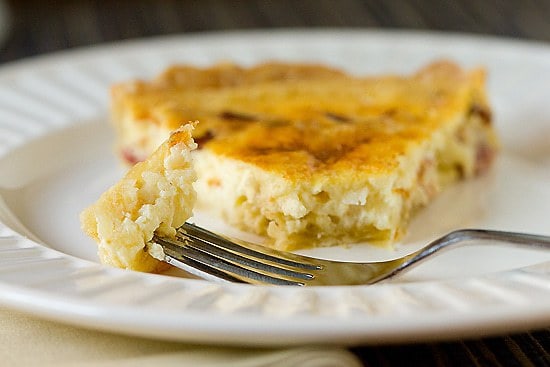 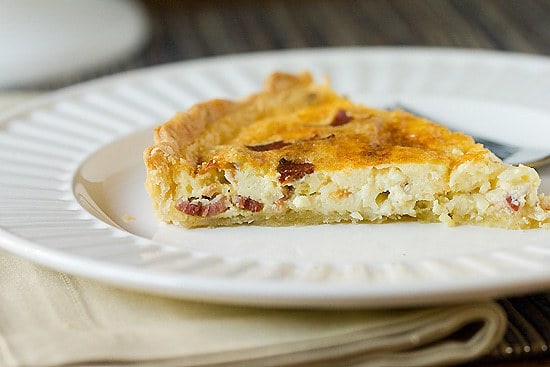 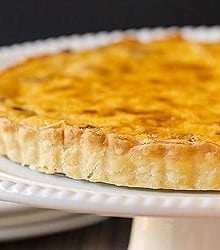