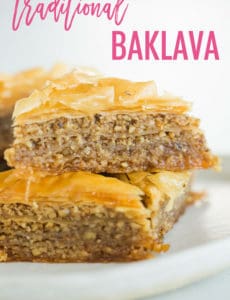 A classic recipe for Baklava, the traditional Greek and Turkish pastry made with ground nuts and layers of phyllo dough, drizzled with a spiced honey syrup. A wonderful addition to holiday dessert spreads or something extra-special for any other time of the year! 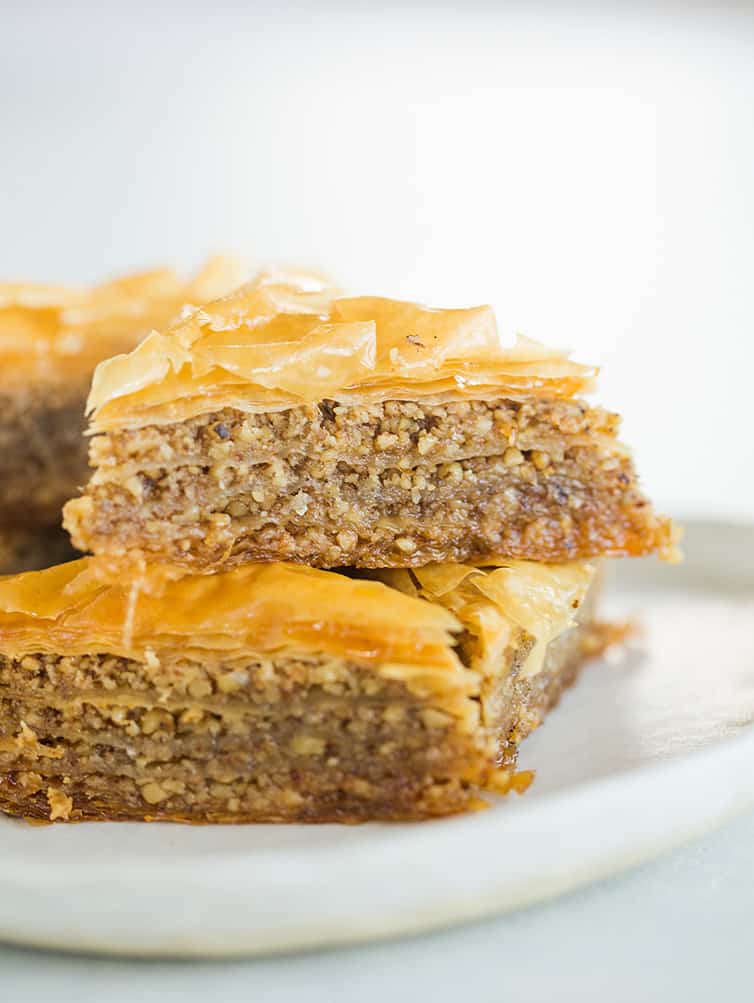 Long, long ago when my husband and I were dating and he was still living in the DC suburbs, we happened upon the Northern Virginia Summer BrewFest, a massive festival with tons of beer and food tents. After getting our tasting glasses and sampling brews such as watermelon beer, we hit the food tents. On our way out, we walked past a little Greek food tent manned by an older couple. They were charming and the pastries looked unbelievable; we loaded up on some baklava and headed home.

Later that night, we dug in and I suddenly remembered how absolutely phenomenal baklava is. Layers of buttery, flaky phyllo dough are piled high between sections of spiced, ground walnuts. Once baked and golden brown, the entire pan is drowned in a spiced honey syrup, which is left to soak in for hours. It’s sweet, a little sticky, a little spicy, and fabulously nutty.

I immediately emailed a friend who had deep Greek roots and asked if she had a recipe. She gifted me with her grandma’s recipe, and I made it a few months later for Thanksgiving. It was a rousing success, and it’s the only recipe I’ve used since. 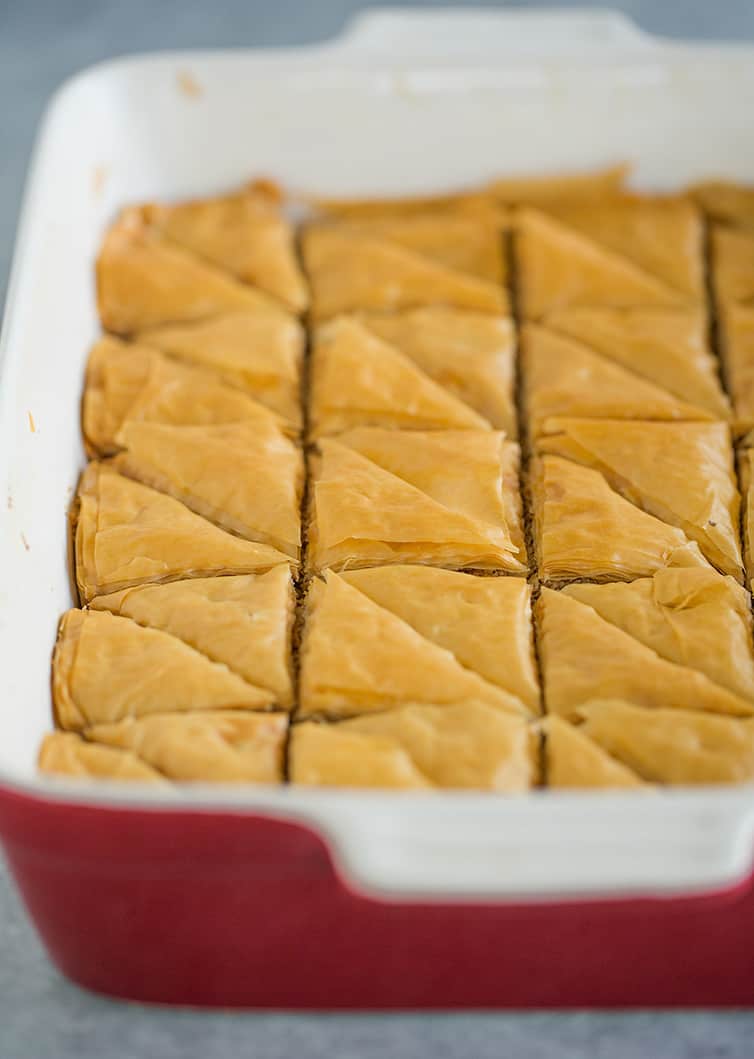 The Origin of Baklava

Many people wonder if baklava is, indeed, a Greek dessert or if it is Middle Eastern in origin, so I did some research…

The first mention of a dessert resembling baklava goes way, wayyyyyy back to the BC age, which is incredible. The Greeks and the Turks still argue as to where the recipe originated, but the oldest version of this recipe (a baked dessert with layers of dough and covered in honey) shows up in the Roman Empire, and Greek and Turkish cuisine both built upon cooking traditions from the Byzantine and, later, Roman Empires.

When I do recipe research, it rarely, if ever, goes back THAT far. Amazing! 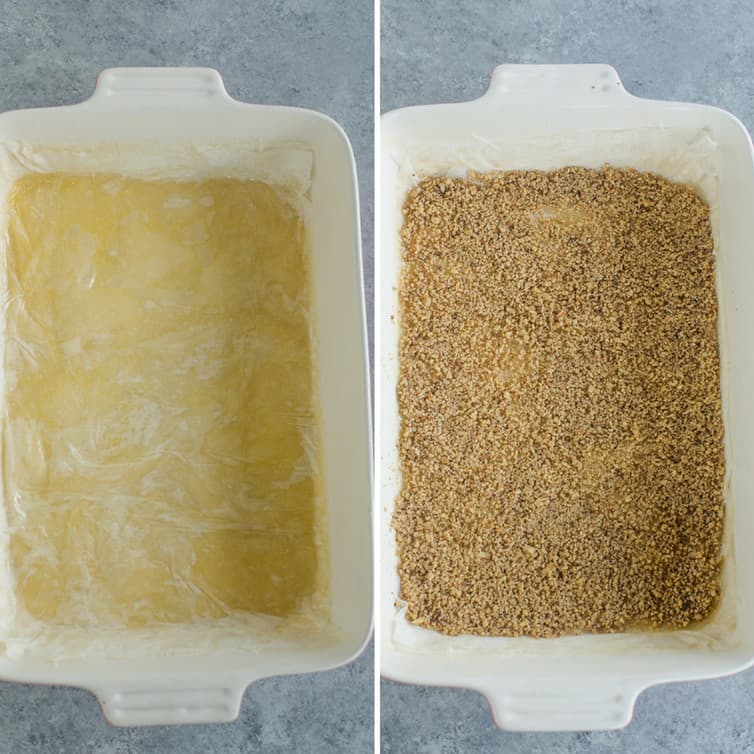 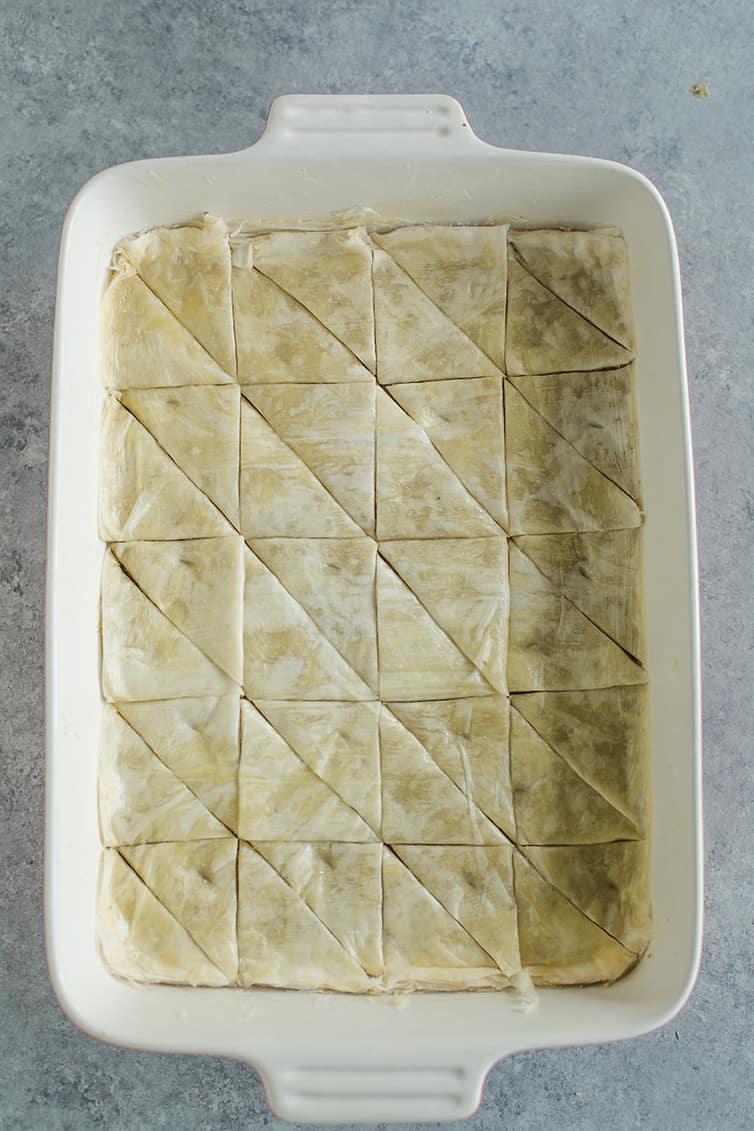 How Do You Make Baklava?

The process to make baklava is fairly simple, albeit time-consuming. This is what you’re going to do: 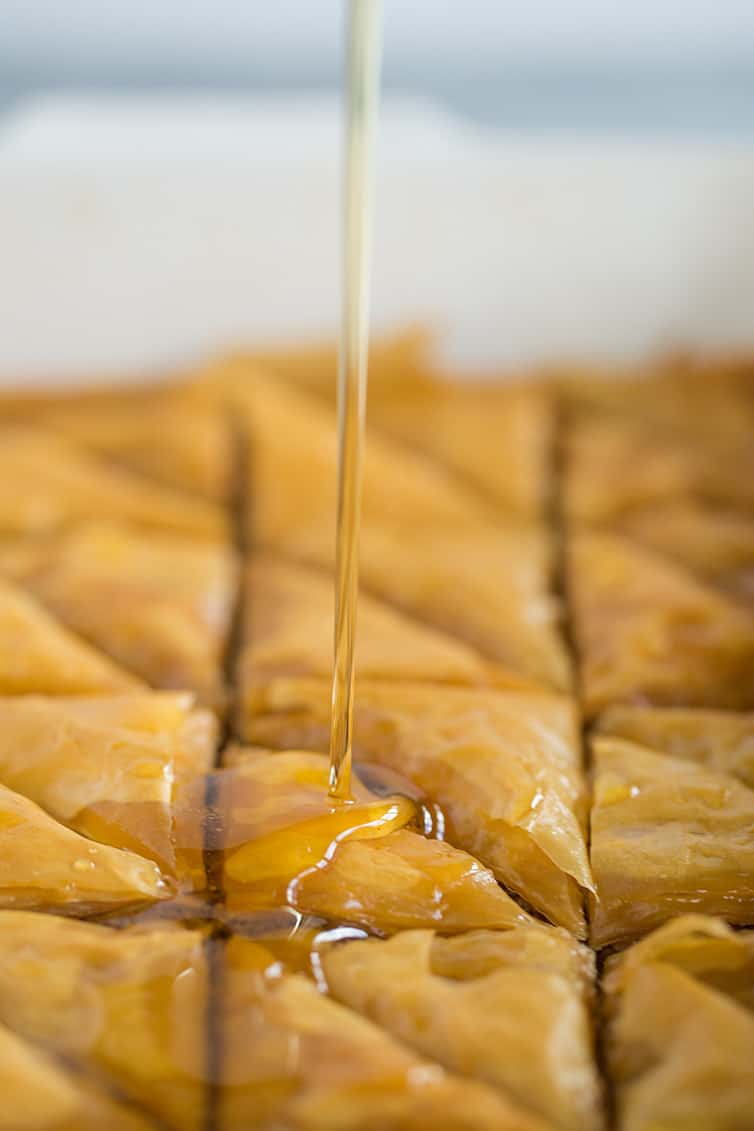 While the process is pretty straightforward, let’s address some of the questions or issues you might have while making it: 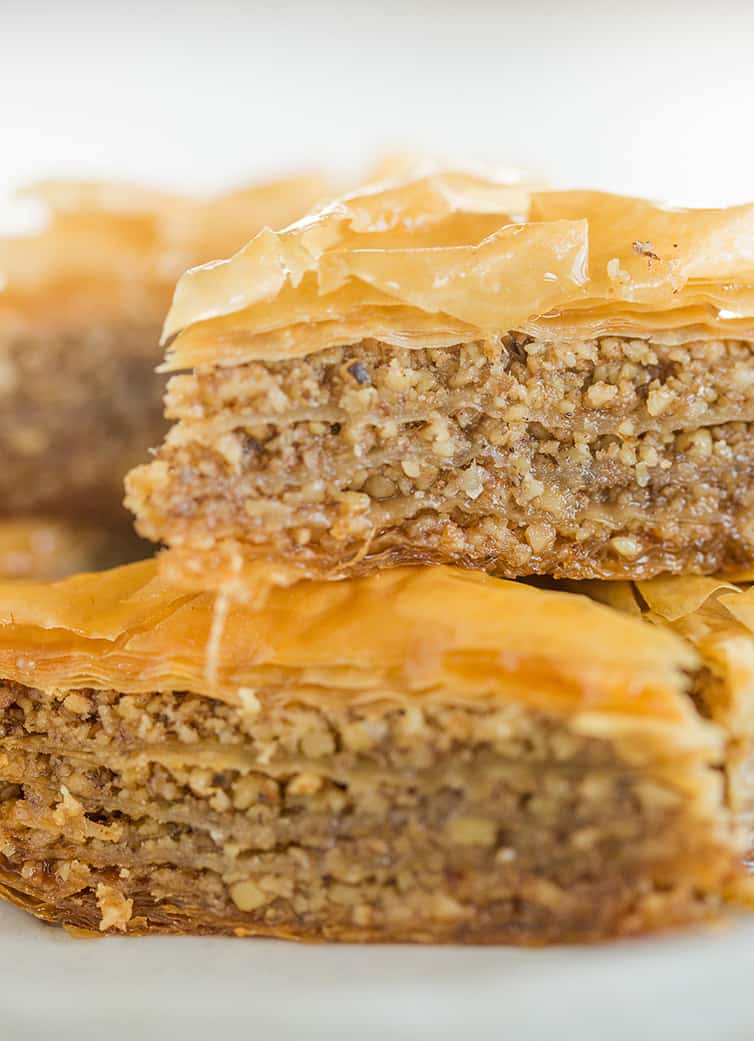 Use this recipe as-is, or as a jumping off point for experimenting with different nut combinations and syrup flavors (you could even use lemon peel instead of orange peel!). This is a classic recipe that every kitchen needs to have stashed in their recipe box! 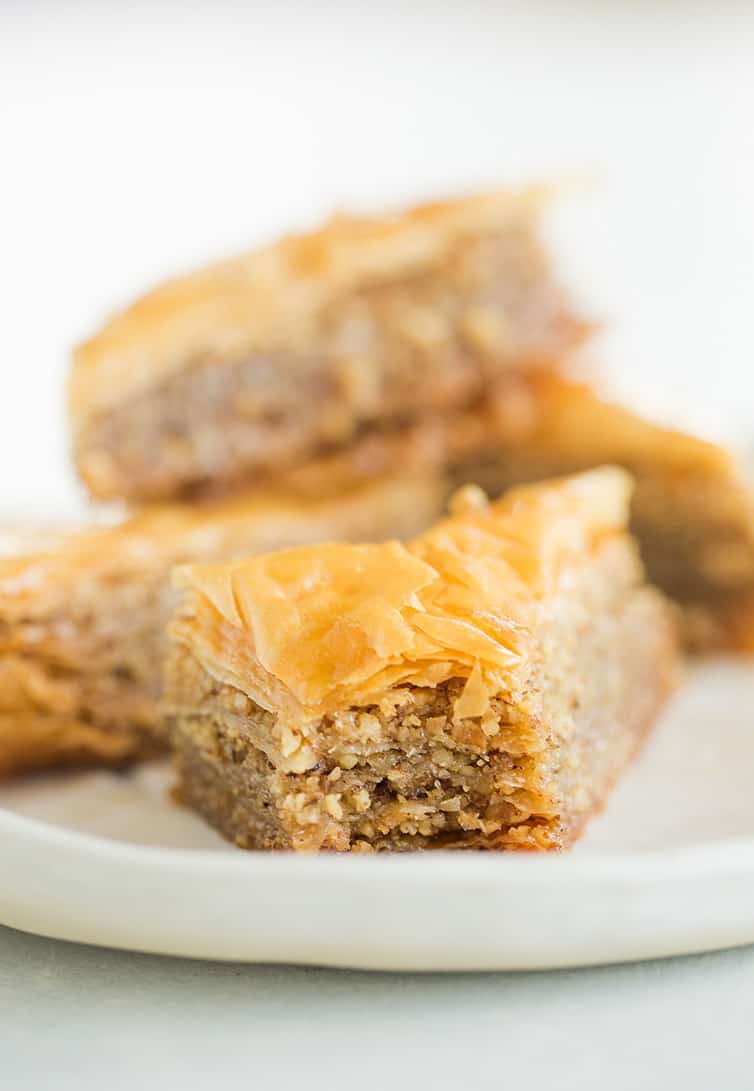 Print
4.5 from 8 votes
Did you make this recipe?
Leave a review »

This recipe was originally published on September 12, 2012. 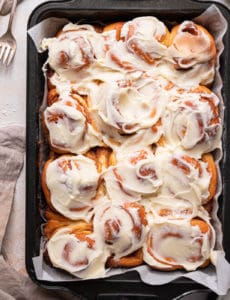 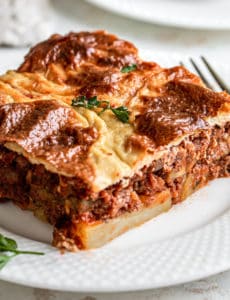 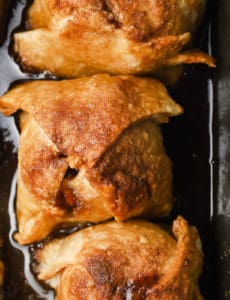