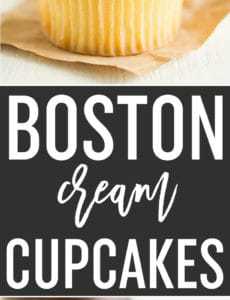 These buttery vanilla cupcakes are filled with pastry cream and topped with chocolate ganache. If you love the flavors of Boston cream, you’ll love these Boston cream cupcakes! 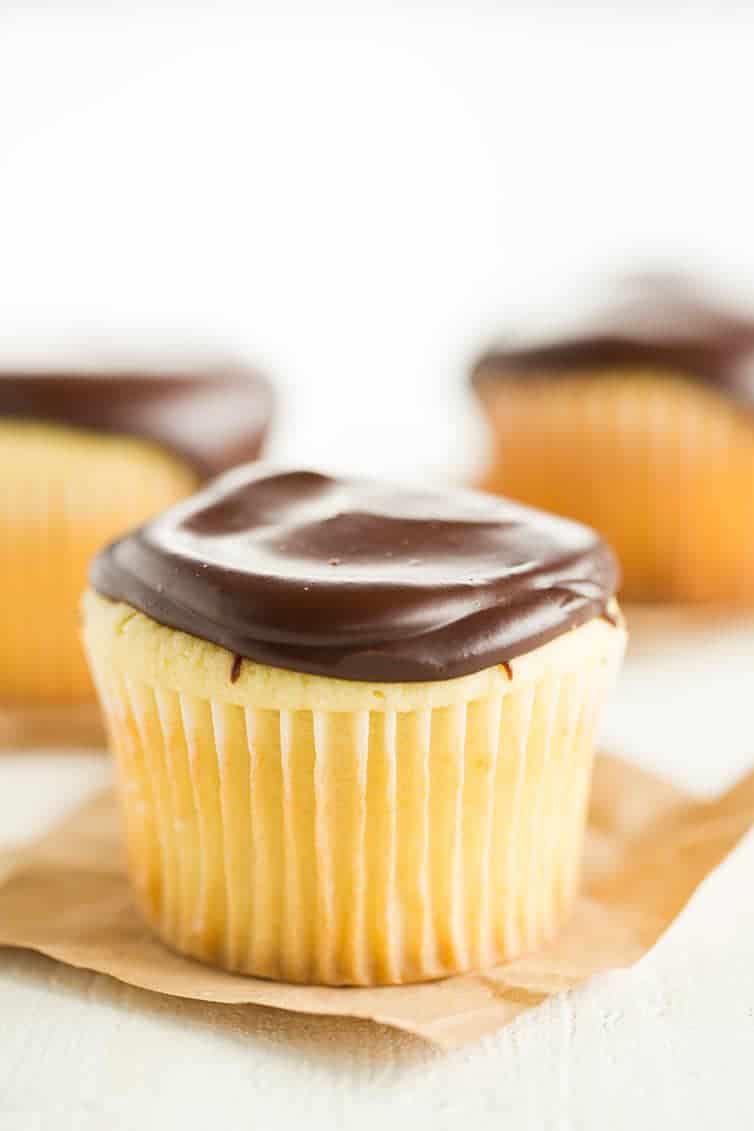 Growing up, I was the odd kid who was all sorts of indifferent about doughnuts. Actually, I leaned more toward dislike than indifference (that still holds to this day). Doughnuts never did much of anything for me. Count me out on the funnel cake train, as well. The one exception to my doughnut dislike was Boston cream. Now those doughnuts I would gobble up and look for seconds. Seriously, if you fill just about anything with pastry cream and top it with chocolate, chances are, I’m going to eat it. Quite a few years ago, I baked a Boston cream pie for my grandma to commemorate her 91st birthday (new, improved recipe here) and, needless to say, it was an enormous hit. I had no doubt that a cupcake version would be just as good, and I was right. You just can’t go wrong with pastry cream and chocolate! 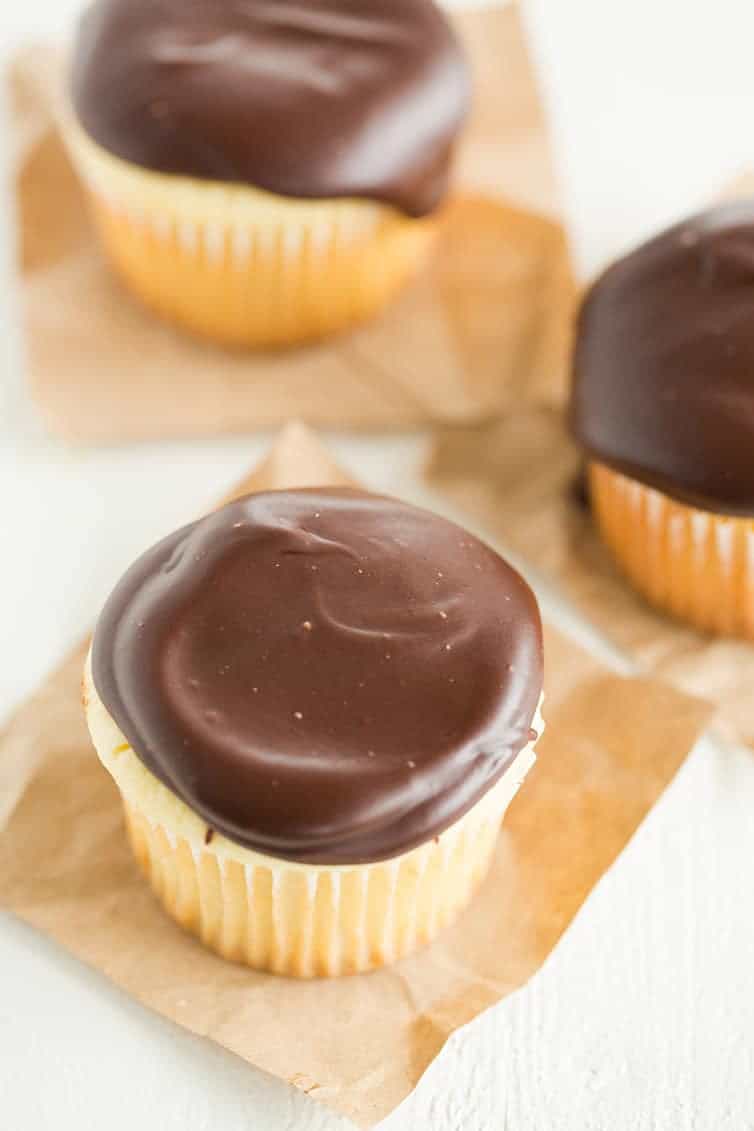 I actually think that these Boston cream cupcakes are better than a traditional Boston cream pie. You know me and my preference for a large frosting to cake ratio in my cupcakes. Well, the same holds true when we’re talking about pastry cream inside of a cupcake. The higher the pastry cream to cake ratio, the happier my taste buds are.

These cupcakes start with a fabulous, buttery vanilla cake recipe. Once the cupcakes have cooled, the insides are hollowed out and filled to the brim with pastry cream, then the entire top of the cupcake is smothered in a chocolate ganache glaze. While these cupcakes involve three different components, they come together quite easily and are a cinch to assemble. 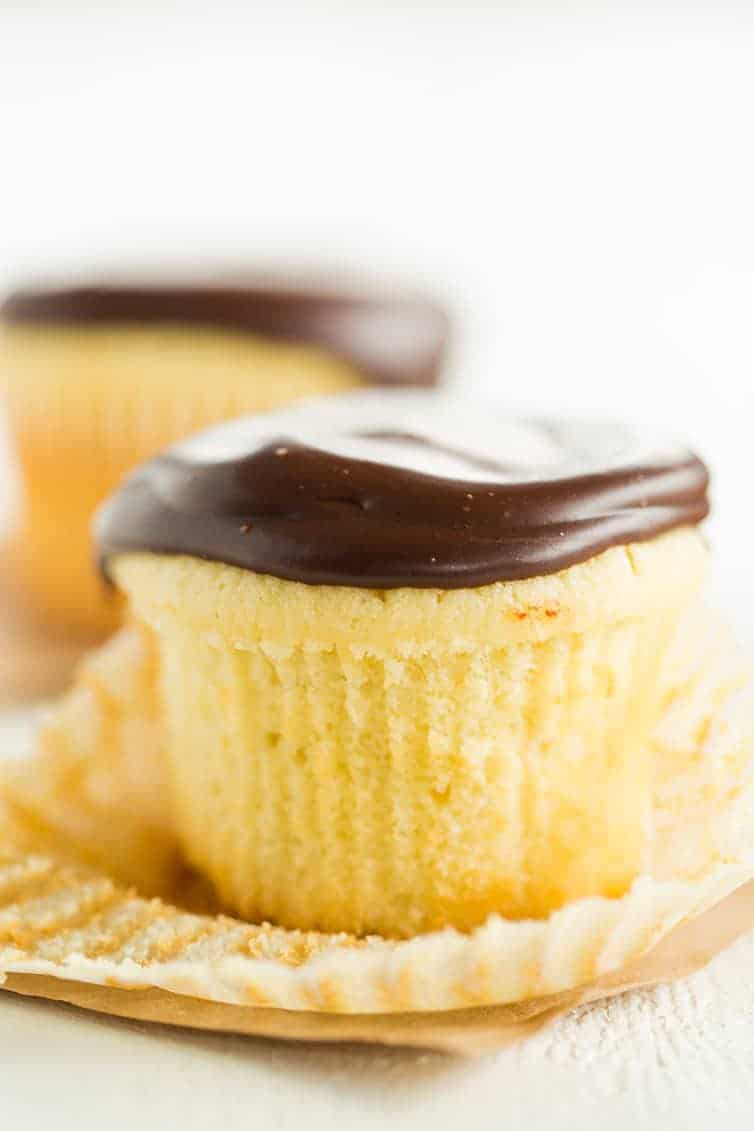 If you’re as big of a fan as I am of cupcakes, pastry cream and chocolate, you absolutely cannot go wrong with these babies.

Since I’m still not gaga over doughnuts, I’ll just eat a few more Boston cream cupcakes in the meantime! 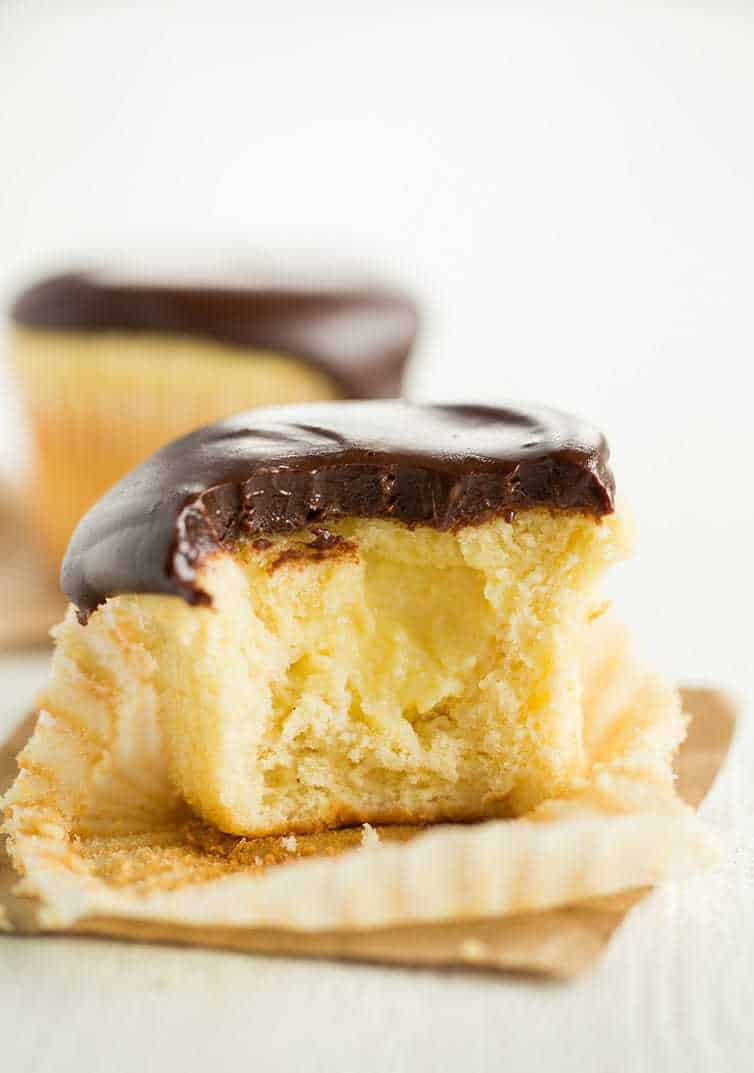 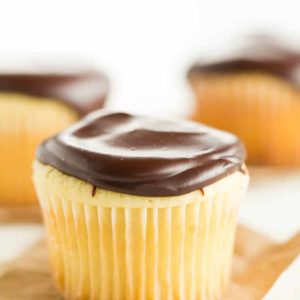 For the Pastry Cream

For the Chocolate Glaze

This recipe was originally published on September 26, 2013. The only adjustment made was serving size; the original recipe listed 12 cupcakes and in subsequent testings, I’ve found that the batter yields closer to 18 cupcakes.