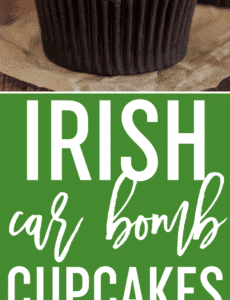 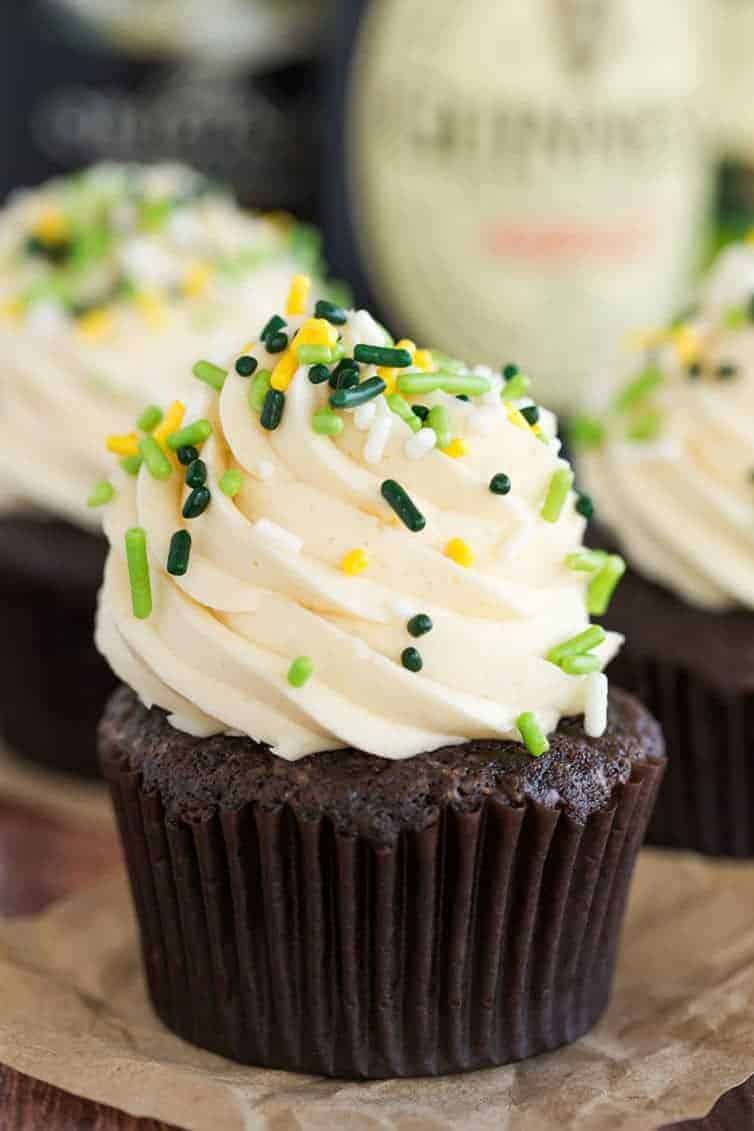 Please tell me that you’ve had the good fortune of tasting chocolate cake that’s been spiked with Guinness. If you haven’t, stop what you’re doing right now, go buy a six-pack of Guinness, grab some chocolate, and head to the kitchen.

The chocolate flavor is so deep and intense, almost malty, and the cake is just so incredibly moist – you’ll definitely want to start making these Guinness cupcakes all year long!

These cupcakes are the #1 all-time most popular recipe on the site, and for good reason. They are utterly spectacular. They are fashioned after the popular cocktail that consists of a shot of Baileys Irish Cream and Irish whiskey dropped into a pint of Guinness. I have never had one myself, but I’ve heard that if you can get it down before it curdles, it’s smooth, delicious and almost tastes like a milkshake.

I’ve never been into doing shots, so I’ll just eat a cupcake and call it a day. Cupcake trumps shots every day of the week for me! 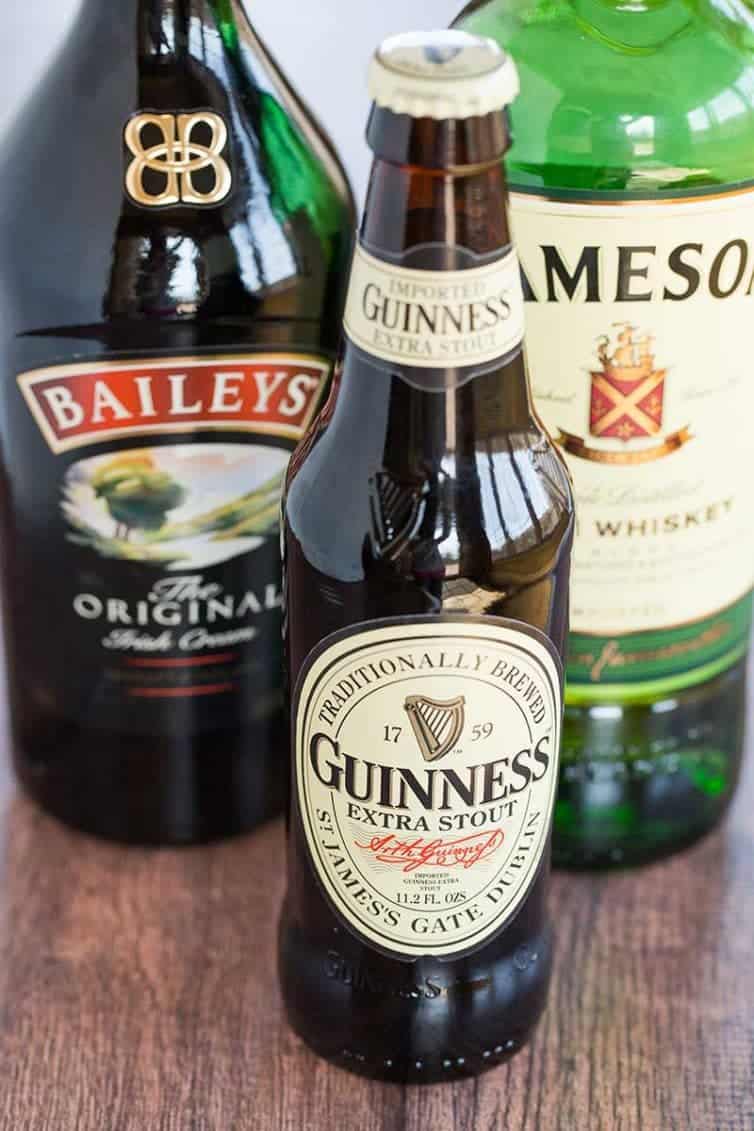 To replicate the drink, I baked up Guinness chocolate cupcakes, filled them with a Jameson whiskey chocolate ganache, and topped them with a Baileys Irish Cream-spiked version of my favorite vanilla buttercream frosting.

While there are a few steps to these cupcakes, they really are simple to bake and assemble. Once the cupcakes are cool, I cut out the centers (and nibbled on the scraps, shhhh), scooped in ganache, and then topped them with lofty swirls of the Baileys buttercream frosting.

I waited for my ganache to thicken before scooping it into the cupcakes, but I think you could fill them when it’s still pretty soft, as it should then firm up inside of the cupcakes. 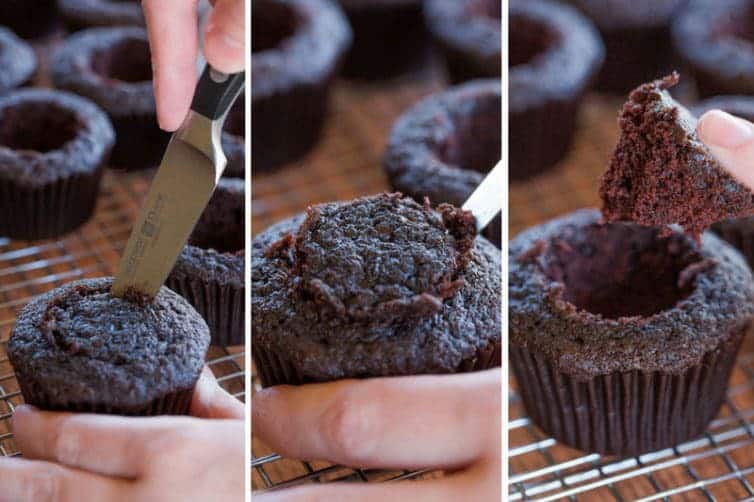 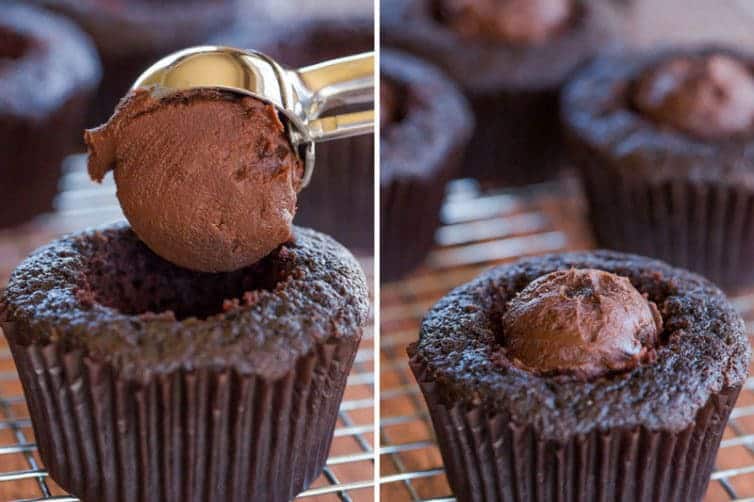 While you can’t taste the beer in the cupcakes (it serves as a flavor enhancer for the chocolate), you can definitely taste the alcohol in the filling and the frosting. Everyone that I’ve ever made these for absolutely adores them and can’t get over how fantastic they taste. They are truly the trifecta of boozy Irish cupcakes!

Whether you’re throwing a St. Patrick’s Day party, or just need an excuse for some really amazingly delicious boozy cupcakes, look no further! These are guaranteed to be a hit wherever you take them. 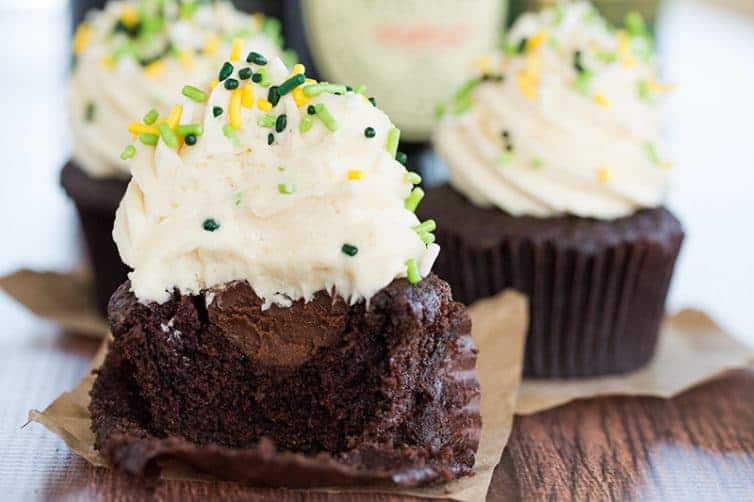 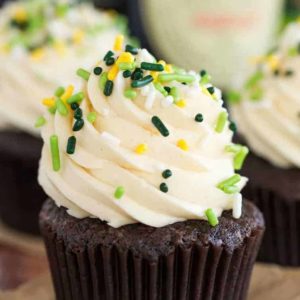 For the Whiskey Ganache Filling:

For the Baileys Frosting: 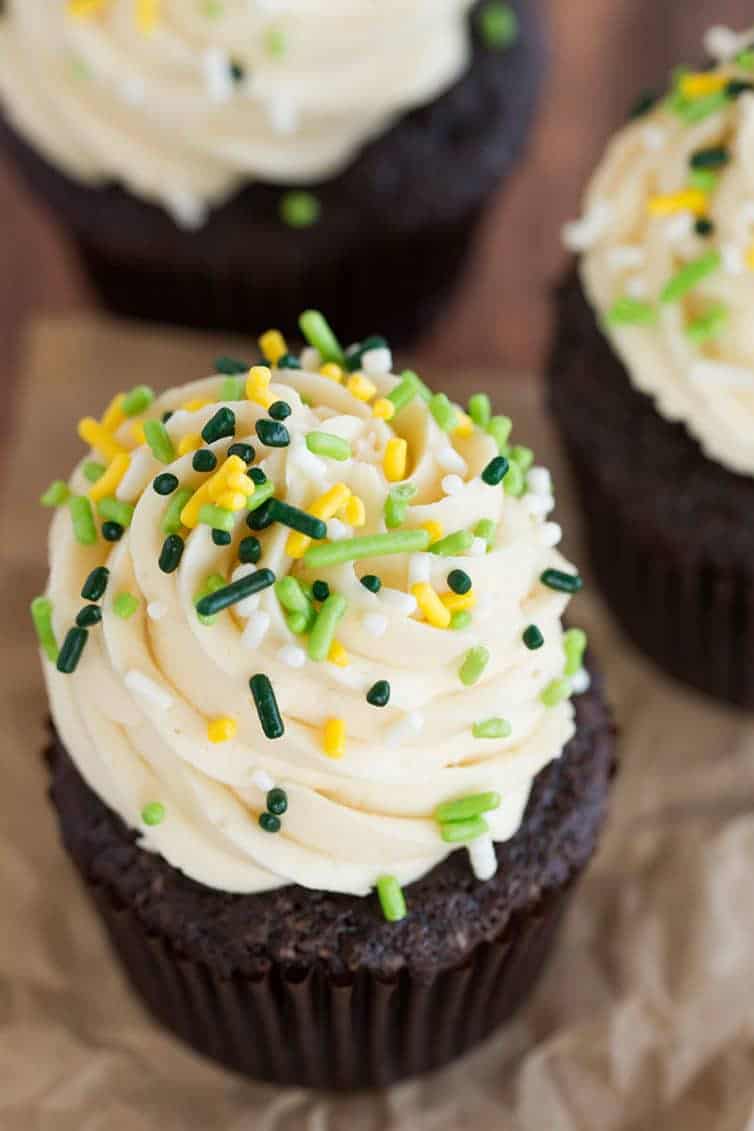 « Previous PostLooking Back: 10 Years of Blogging
Next Post » Friday Things